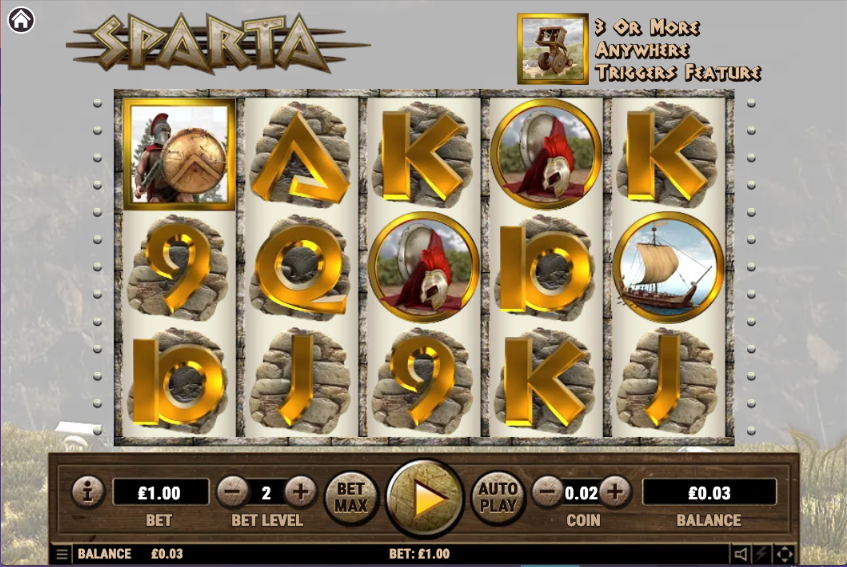 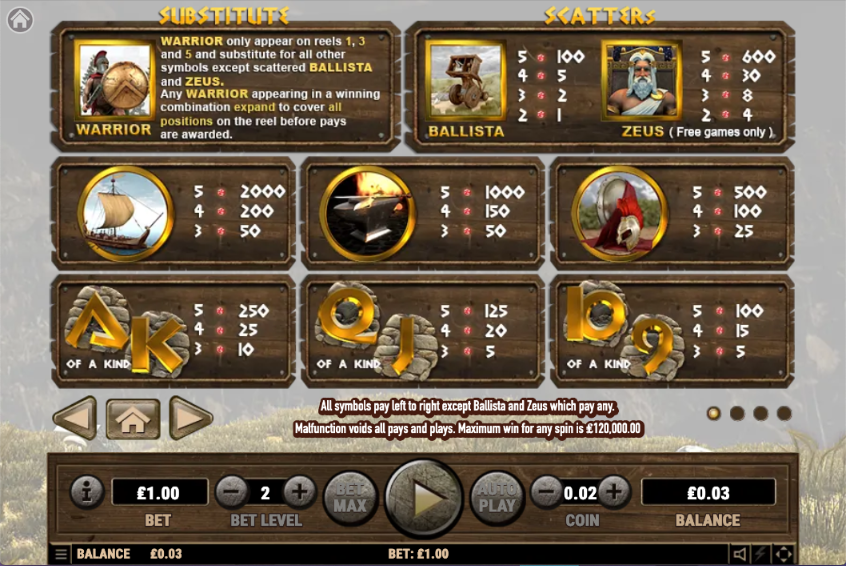 Sparta was a city-state of Ancient Greece renowned for its military prowess and immortalised in films such as 300, the adaptation of Frank Miller and Lynn Varley’s comic series; it’s also the theme of several online slot machines including this one from Habanero Systems called simply Sparta. Keep reading to find out about the expanding wilds and free spins on offer.

Sparta is a five reel slot with three rows and twenty five fixed paylines; those reels spin within a stone frame in front of what seems at first glance to be a grey backdrop but look a bit closer and rocks, undergrowth and pillars will slowly come into view.

The high value symbols include a Spartan trireme, a sword being forged and shield/helmet combo; 9, 10, J, Q, K and A represent the lower values.

The warrior is wild, he appears only on reels one, three and five and he’ll replace all standard symbols to help form winning combos; he’ll also expand to fill all positions on his reel if a combo is possible.

The ballista is the scatter symbol which is the key to the main feature.

This is triggered by landing three of the ballista scatter symbols anywhere in view  and you’ll then be prompted to select three of the six shields which appear – each shield will award up to seven free spins.

There are no ballistas in this feature so it’s not possible to trigger any more spins but Zeus turns up as an extra wild symbol in its place; all wins will be multiplied by 3x.

Sparta is a worthy addition to the list of recommended slots based on this ancient civilisation and its heroic activities; the luckier players will have twenty one free spins in which to have their wins multiplied by three.