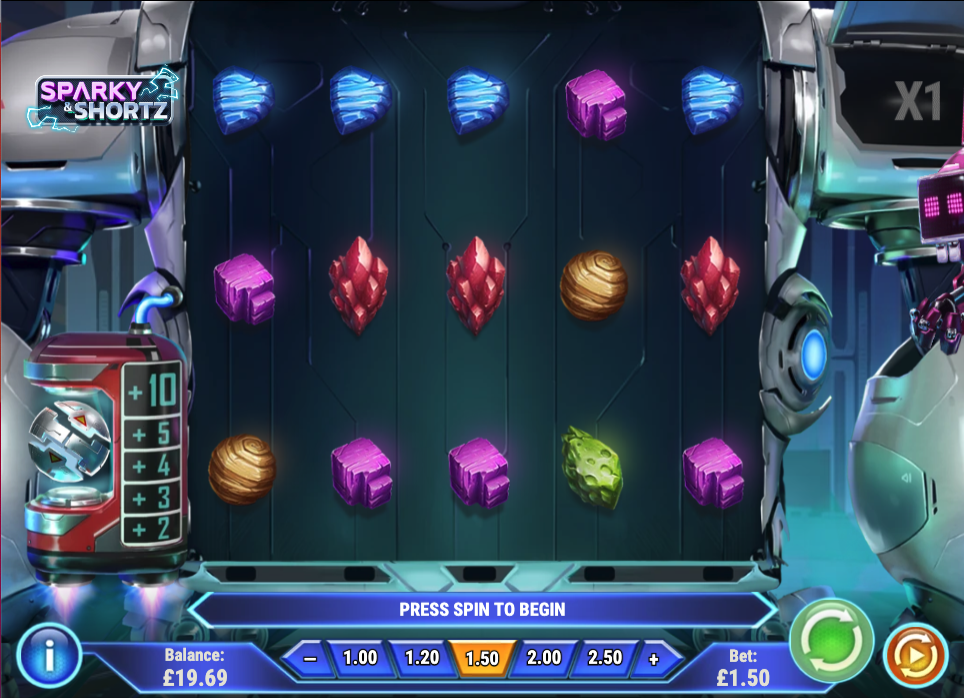 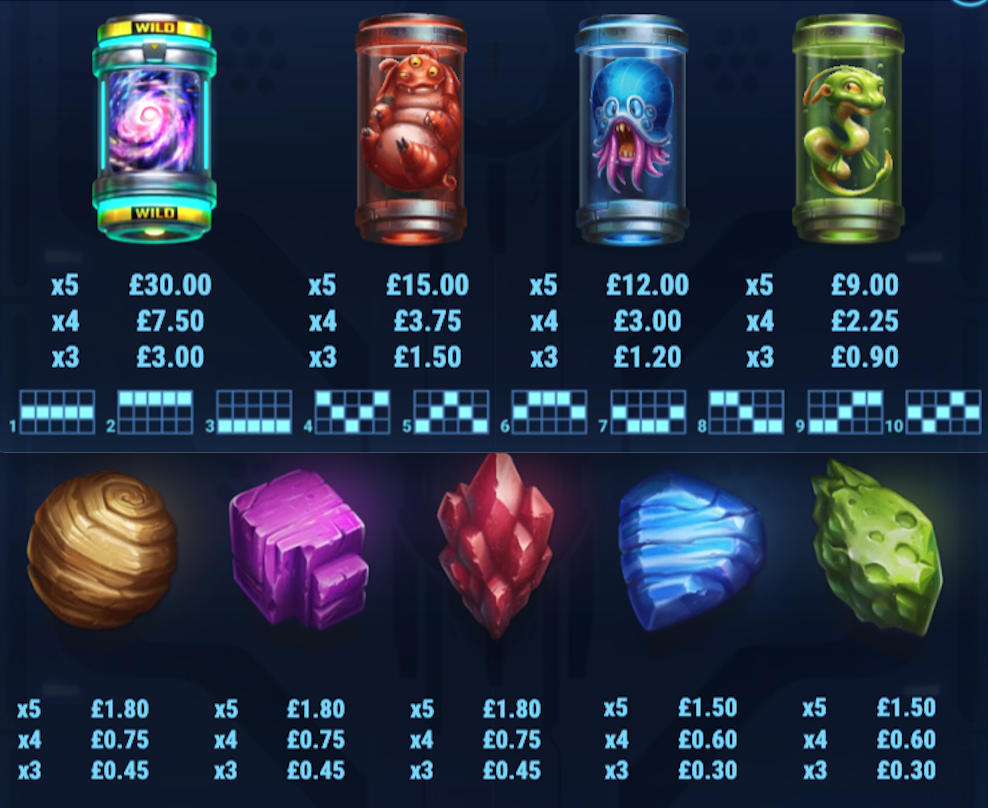 There’s a whole universe of science fiction-themed online slots out there and this one from Play N Go adds to the genre with two robotic characters – Sparky & Shortz; they’re here to tempt us with boosted wild multipliers in the base game and free spins in the main bonus feature.

We’ll take a punt and say that Shorty is the giant silver automaton on which those five reels spin and Sparky is the little purple chap floating on the right, overlooking the three rows and ten fixed paylines. There’s a nice animation right at the start in which Shortz crashes through the planet’s surface and plunges down to kick the game off at some subterranean level.

Some really odd symbols are the order of the day here and the three highest value ones are small alien creatures bobbing about in the coloured water of cylindrical containers; five rocks in various colours represent the lower values. A galaxy swirling inside a container is wild and the suspended metallic sphere (Power Cell) is the scatter symbol.

Stacked symbols are important here because whenever one lands on the reels it will increase the win multiplier for that spin by 1x – the current multiplier is shown in the little window in the top right hand corner.

The Boost Meter is the little thing on the left hand side with the numbers running from 2 to 10; Sparky will activate this device at random and light up one of those values – that value will then be multiplied by any value added by a stacked symbol with the potential to create a hefty win multiplier.

Landing three of the Power Cell scatter symbols anywhere on reels one, three and five will award ten free spins initially but this can be repeated once the round starts up to a maximum of 500. The Boost Meter will be active on every spin and any win multiplier achieved will be rolled over to the next spin – for the luckiest players this can result in a potential win multiplier of 10,000x.