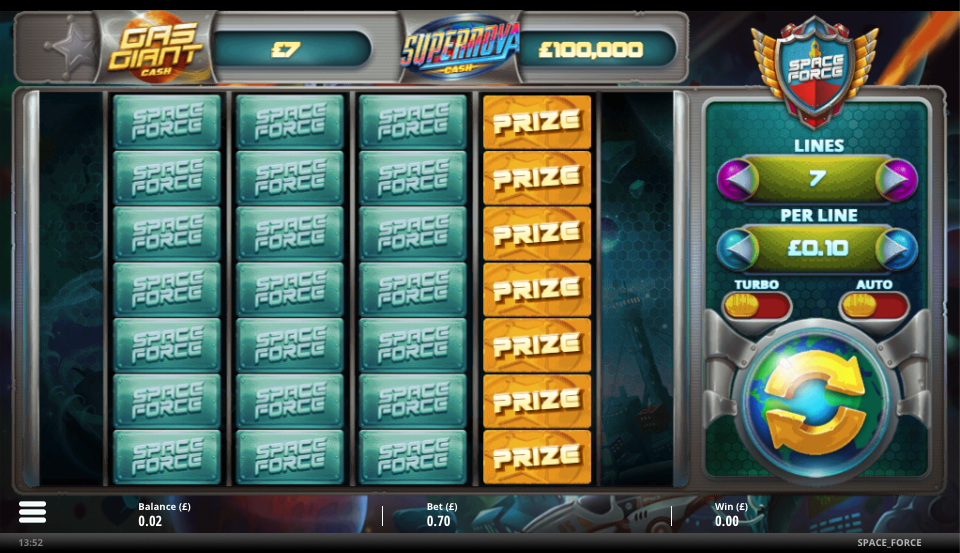 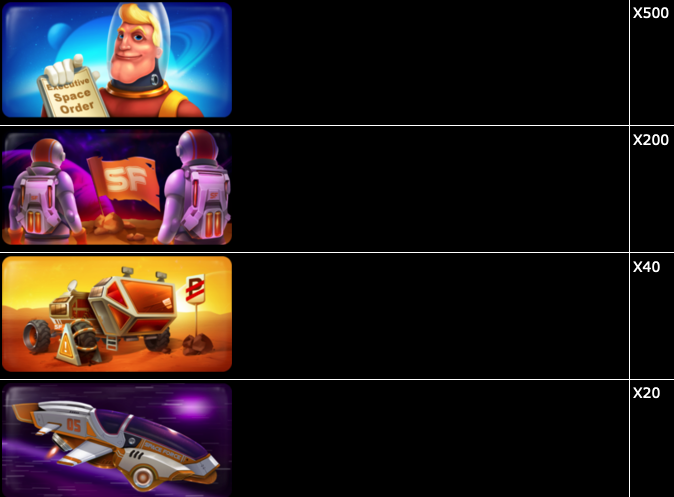 If you’ve got an intergalactic issue and the usual law enforcement are unable to provide you with a tisssue then you may well need the help of Space Force – they’re the eponymous heroes of this online slot from Gamevy which takes us on a journey into space to discover free spins and a science fiction-themed cornucopia of bonus features.

Space Force is a three reel slot with six rows and your choice of paylines between one and seven; those reels spin on a futuristic instrument panel and your gameplay will be enhanced by a funky pop tune complete with lyrics.

The symbols are all related to theme and include the blonde astronaut wielding the ‘Space Order’, two astronauts on the surface of a planet, a vehicle, a space craft, a galactic traffic jam, an occupied planet, a moustachioed pilot, a gun, a space soldier and a jailed alien.

There’s no wild symbol in Space Force but the games’ logo and Planet jackpot icons both activate bonus features.

This is triggered by landing three of the Space Force symbols in a row on the reels and you’ll receive a random number of free spins between two and twenty. More spins can be triggered in the same way.

Landing three Planet Jackpot symbols in a row will trigger this feature and you’ll now get to spin a wheel which will determine of the five cash prizes you’ll win; they flash on and off above the screen displaying the amount:

Space Force is the type of unusual slot we’ve come to expect from Gamevy but it’s certainly not unenjoyable if you favour three reels and a catchy soundtrack – try it, you might like it!