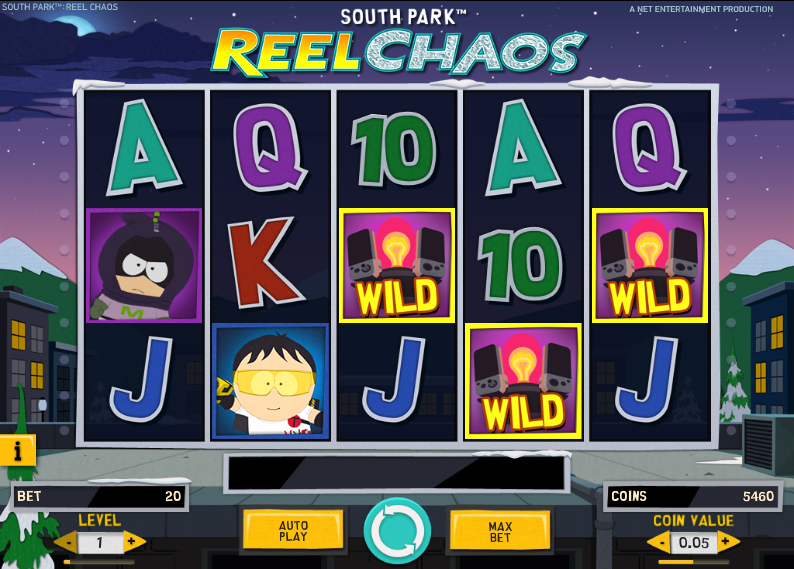 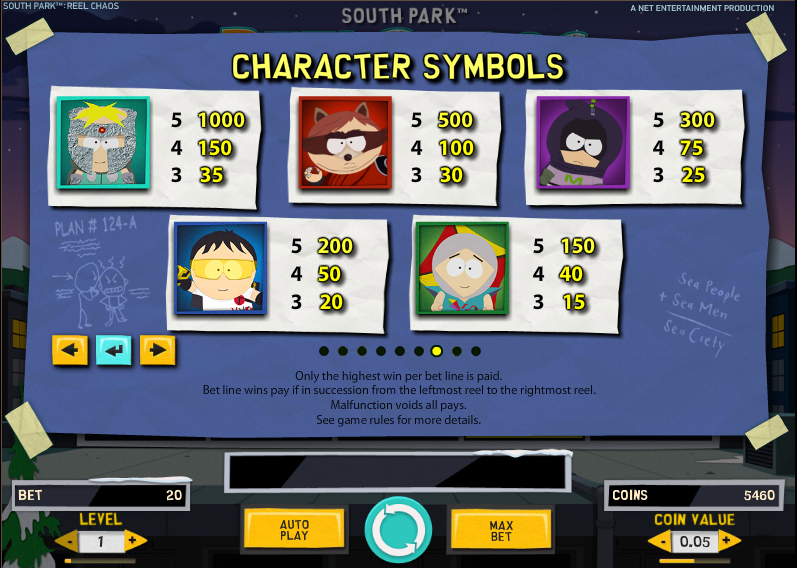 We’ve had to wait a year for the sequel to the original South Park online slot from Net Entertainment but it’s here finally and this time the lads from Colorado are battling the evil plans of General Disarray and Professor Chaos. It’s called South Park Reel Chaos and it’s packed with bonus features.

South Park Reel Chaos is a five reel slot with twenty fixed paylines which gives a betting range of £0.20 to £100.00. The design is as one would expect, featuring the familiar cartoon style of the TV show and the background of a South Park street.

Base game special symbols include the light bulb wild and the Mintberry Crunch scatter symbol which only appears on reels one, three and five.

If you can land the Mintberry Crunch symbols anywhere in view on reels one, three and five you will trigger this feature. It’s a free spins round but at the same time you (as Mintberry Crunch) will be fighting various enemies in a Streetfighter-style battle.

The round is over when you have defeated all enemies or your health is totally depleted.

The following features are randomly triggered at any point in the game:

This slot looks as good as you would expect from a Net Ent releases and it captures the spirit of South Park very well. We did find the Epic Bonus Spins tough to trigger but the random bonuses occur regularly. It’s good fun.