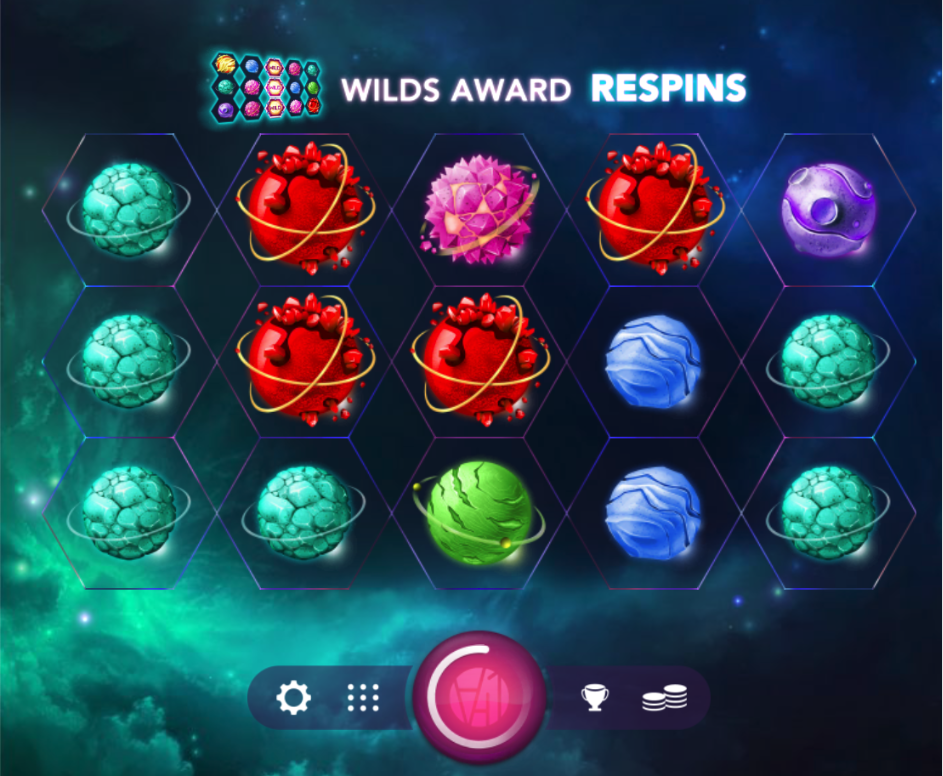 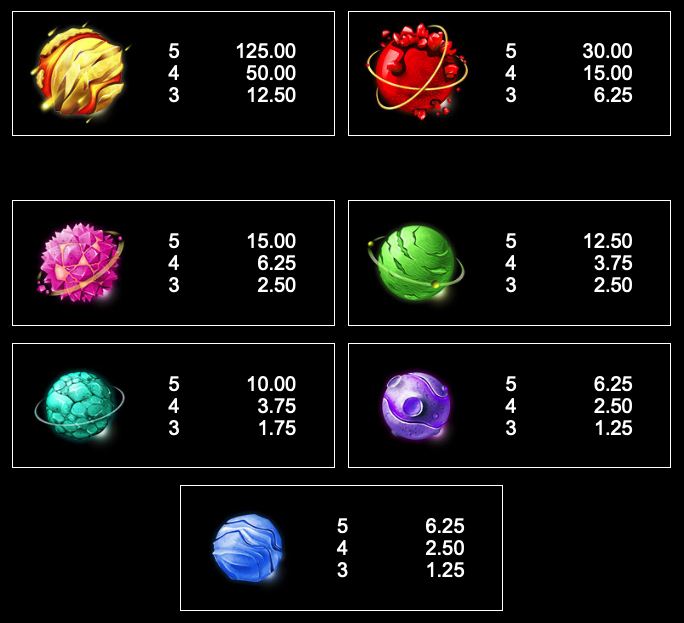 Out in the unexplored vastness of space there are a number of very odd-looking planets and this heavenly bodies have been selected as the theme of this online slot from all41studios/Microgaming; it’s called Solar Wilds and from only £0.10 per spin it features a wild respin bonus that’s out of this world.

Solar Wilds is a five reel slot with three rows and ten fixed paylines but wins can be formed from right to left as well as from left to right so that number is effectively doubled; there’s a hazy, red galactic backdrop behind those transparent reels which tells us that we’re a long way from home.

All the regular symbols are those weird, colourful planets- some with rings, some damaged in the distant past and one in particular which looks like a giant pink diamond; the wild is a large, glowing ‘Wild’ and it’s the key to the main feature.

The glowing wild symbol only appears on reels two, three and four but every time it does it will expand to fill its whole reel; you’ll also now receive a respin with those wilds locked in place. If another wild lands during this respin the process will repeat itself and the luckier players will find themselves receiving a final respin with reels two, three and four completely wild.

Solar wilds is reminiscent of earlier slots by developers such as Net Entertainment but that’s Ok because it’s bang up to date in terms of graphics; everything revolves around the wild symbol which triggers the only feature. The only downside is a slightly low RTP of 94.00%.

Solar Wilds is a science fiction-themed video slot with three rows and ten fixed paylines which pay in both directions.

The Return To Player percentage for Solar Wilds is 94.00%.

How To Win On Solar Wilds?

Land combinations of at least three matching symbols or wilds starting from the left or right hand side..

Where can I play Solar Wilds?