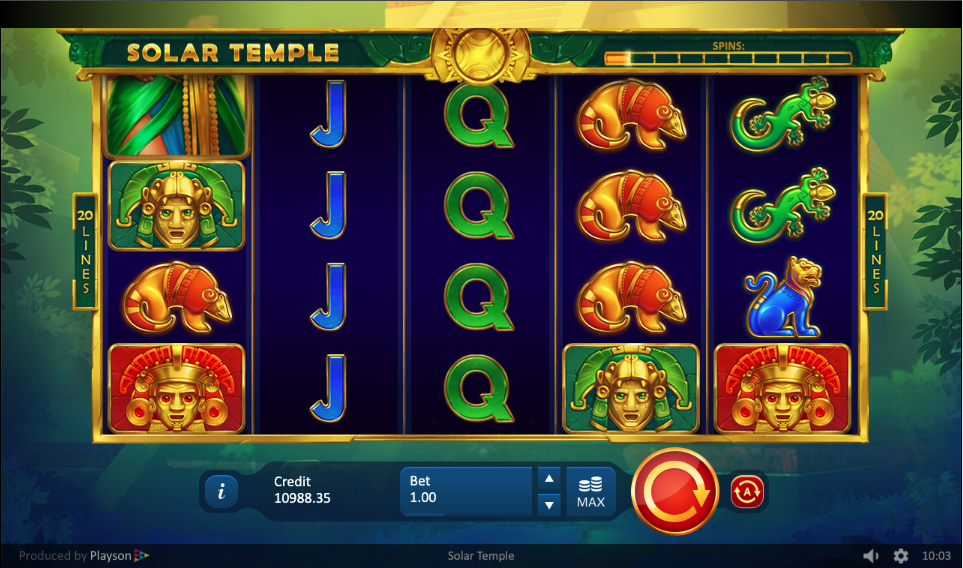 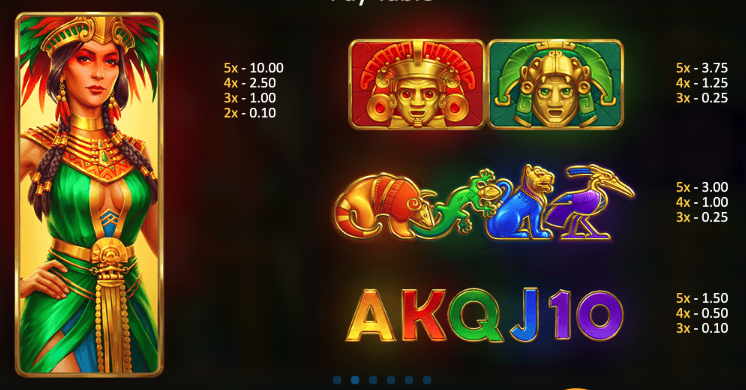 The impressive architecture and Aztec culture of deity worship are the themes of this online slot from Playson – it’s called Solar Temple and it offers players a ten-spin wild cycle and plenty of free spins.

Solar Temple is a five reel slot with four rows and twenty fixed paylines; those gold-rimmed reels float against a steamy jungle backdrop through which we just about see the outlines of the Aztec pyramids.

The high value symbol include the queen, the two stylised masks and the various animal representations; 10, J, Q, K and A make up the lower values.

The fiery ‘Wild’ is the wild and it will replace all standard symbols to help form winning combinations; the pyramid is the scatter and the sun is another special symbol.

Solar Temple measures its spins out in cycles of ten and you can see this progress to the top right of the reels; any sun symbols landing during those ten spins will leave a frame around those positions which will all turn wil on the tenth spin, hopefully resulting in a tasty payout.

If a sun symbol lands in a frame during gameplay it will increase the current win multiplier by 1x.

Landing at least three of the pyramid scatter symbols anywhere in view will award ten free spins and during this round any sun symbols which land will immediately turn wild and stay locked in place until the round is over.

We’ve seen the spin cycle feature a few times before but it works particularly well here and ties into the Aztec theme of calendar cycles; Solar Temple is high quality stuff from Playson and certainly one to recommend.