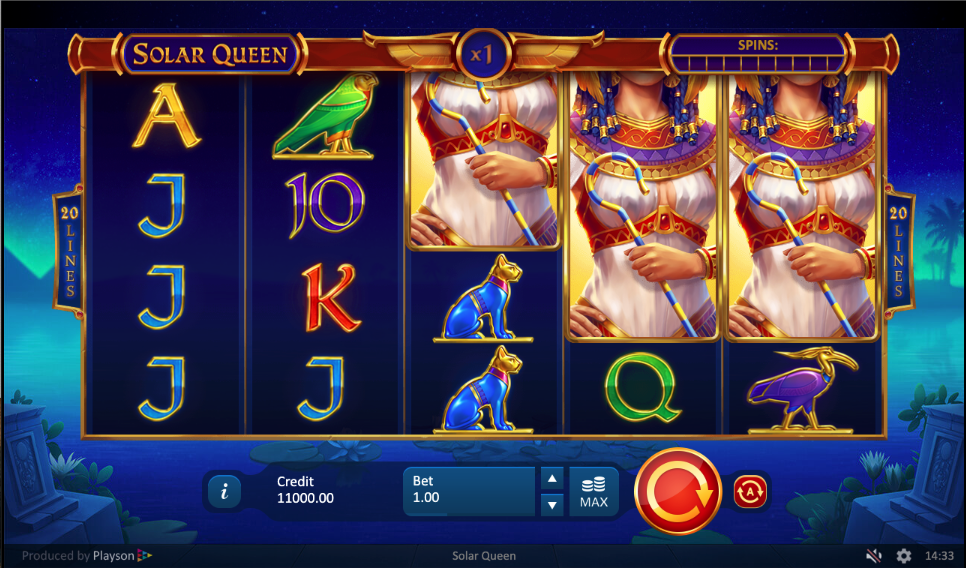 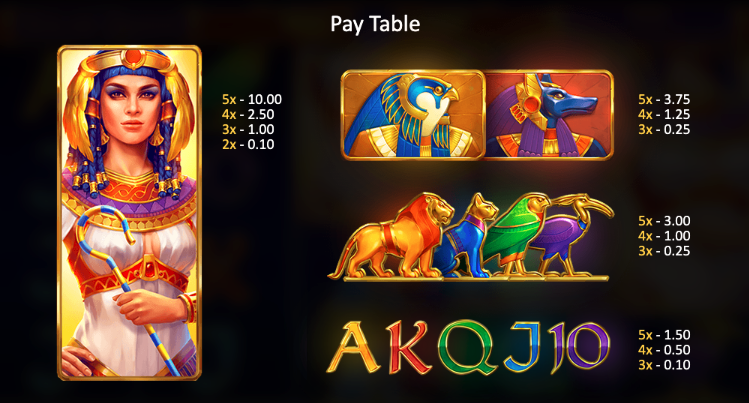 Online slots themed on Ancient Egypt come in many varieties and styles but more are always welcome to join the party so please put your hands together for Solar Queen, a release from Playson which offers players plenty of free spins plus a ten spin ‘wild cycle’ which we’ll explain in detail shortly.

Solar Queen is a five reel slot with four rows and twenty fixed paylines; those reels float above a placid North African lake dotted with lilies and surrounded by palm trees and contemporary structures.

The symbols are all related to the theme and include Cleopatra (who can appear stacked on the reels) and then representations of various Egyptian gods you’ve probably seen before.

The burning ‘Wild’ is wild and it will substitute for all standard symbols to help form winning combinations; the golden scarab is the scatter and the sun is a special symbol we’ll talk about presently.

This is where the fun starts and it all takes place in cycles of ten regular spins; every sun symbol which lands during this cycle will place a frame around that position and then on the tenth spin those positions will all become wild, hopefully helping out with a hefty win.

A sun symbol which lands on a frame will increase the win multiplier for the remaining spins in that cycle.

Landing three of the scarab scatter symbols anywhere on reels one, three and five in the base game will award ten free spins; any suns which land during this feature instantly become wild and remain in that position until the feature ends.

This is what we like – a very playable slot offering something a little different from the norm; the spin cycle in Solar Queen tempts you to keep playing until you’ve reached the end of the set of ten spins.