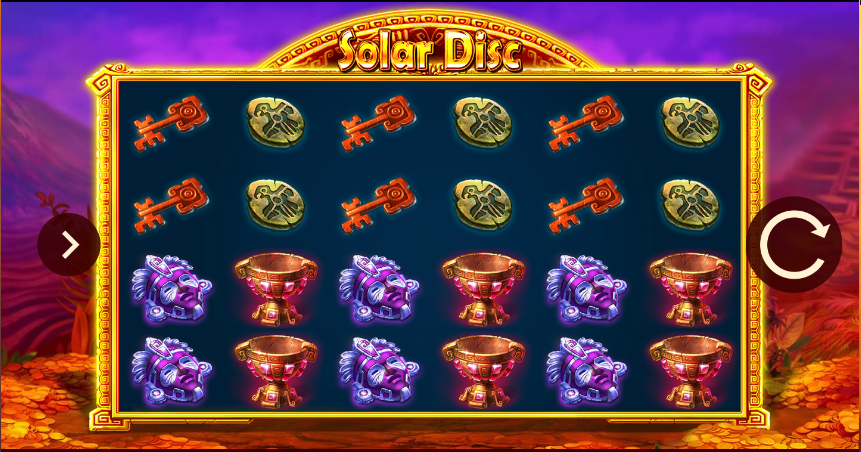 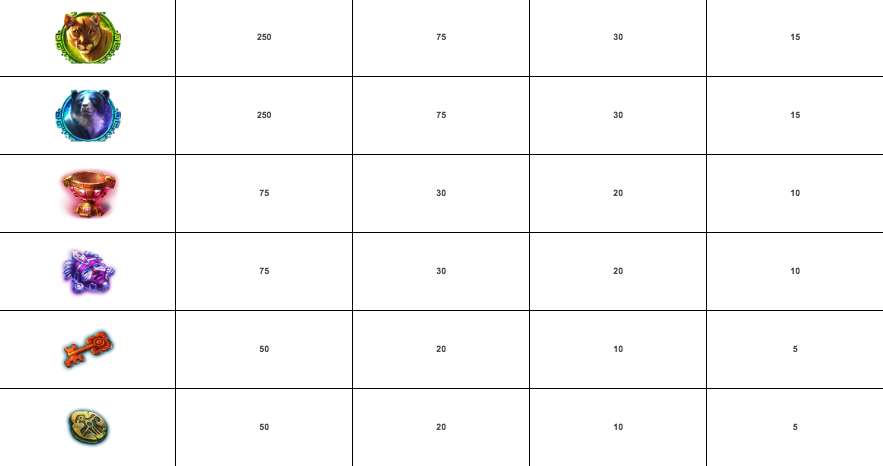 There’s a touch of Mayan mysticism about this online slot from IGT which features a magical stone and plenty of free spins; it’s called Solar Disc and you can read all about it below.

Solar Disc is a six reel slot with four rows and twenty six fixed paylines; an elaborate gold reel forms the border to those reels which float over a pile of coins with temples just about visible in the hazy background.

There are just six standard symbols, they are all theme-related and include a big cat, a bear, an ornate cup, a purple mask, a key and a coin.

The wild is a big, gold ‘Wild’ and it will substitute for all others to help form winning combinations except for the Solar Disc and bonus symbols.

The Solar Disc symbol can appear on any reel and whenever it does it will transform into one of the other standard symbols, making all instances of that symbol in view turn wild – any new payouts will then be evaluated. More than one Disc can appear on any spin for bigger wins

This is triggered by landing the bonus symbol on reel one and then at least one of the Solar Discs anywhere else in view; you’ll now receive ten free spins with a bit extra to keep things interesting.

That bit extra means that on every spin the Solar Disc feature will be active, guaranteeing that at least one Disc will appear on each spin with the associated wild payouts. Unfortunately it’s not possible to trigger any more spins from within this feature.

Solar Disc is a slot with the traditional IGT design but with some extra features that mark it out as one of the better ones in our opinion; the graphics are lovely, the background music drive the game along and overall this is one to recommend – the RTP varies from 92.05% – 96.01%.