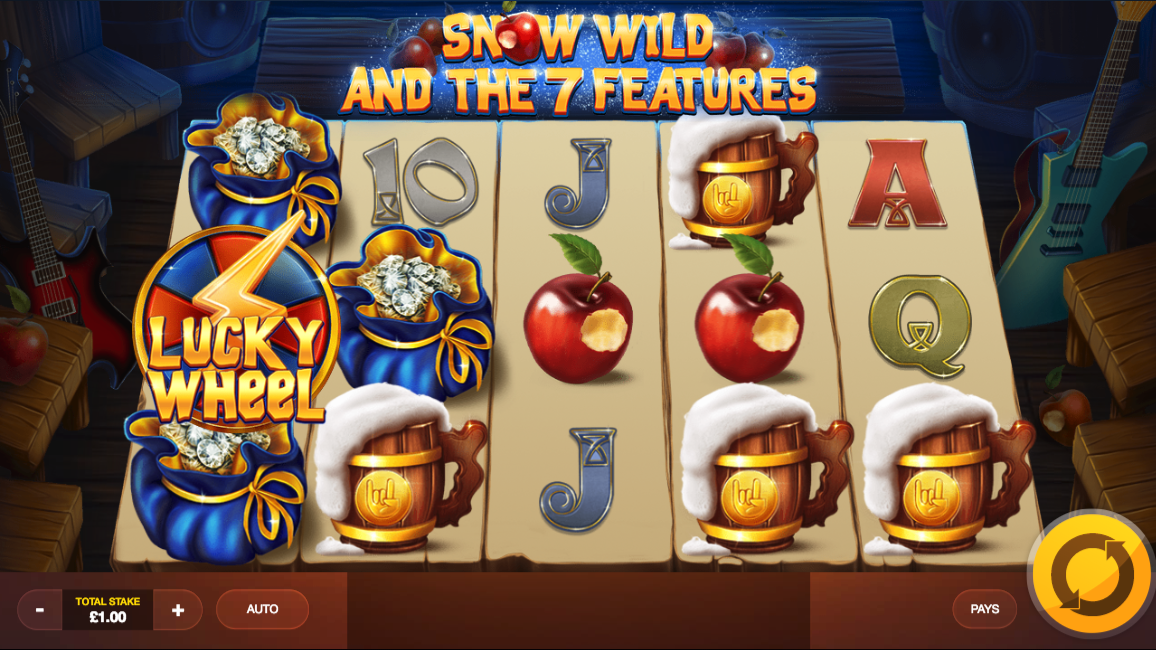 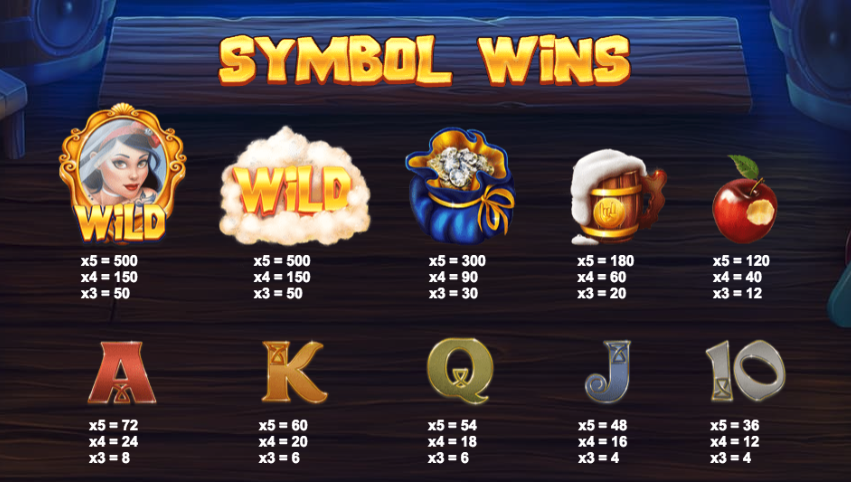 It’s a fact not widely known these days that Snow White had a younger sister who liked a bit of a party and her name was Snow Wild; the good news for her is that she now has a band and an online slot machine in her honour entitled Snow Wild and the 7 Features – it’s designed by Red Tiger Gaming so keep reading to find out how it works.

Snow Wild and the 7 Features is a five reel slot with three rows and twenty fixed paylines; the symbols spin on a table top in a room full of guitars and speakers and there’s a rock soundtrack which plays a riff on each spin against a backdrop of a noisy pub.

The higher value symbol here are a pouch of diamonds, a foaming mug of ale and a chewed apple; 10, J, Q, K and A make up the lower values.

The mirror is wild and it will replace all others to help form winning combos except for the Lucky Wheel bonus symbol.

This is triggered by landing three of the Lucky Wheel bonus symbols anywhere on reels one, three and five; there’ll now be a spin of the wheel which will award one of seven features related to the dwarfs/hangers-on or Snow Wild in which she will blow three kisses to award three of the features simultaneously:

Snow Wild and the 7 Features is a colourful and fast-moving slot with a huge range of features which seem, in our experience, fairly easy to trigger; Snow Wild seems a lot more fun than her sister and her band of dwarves look like a better laugh too as part of her band and entourage – check this game out, it comes with an RTP of 95.21%.