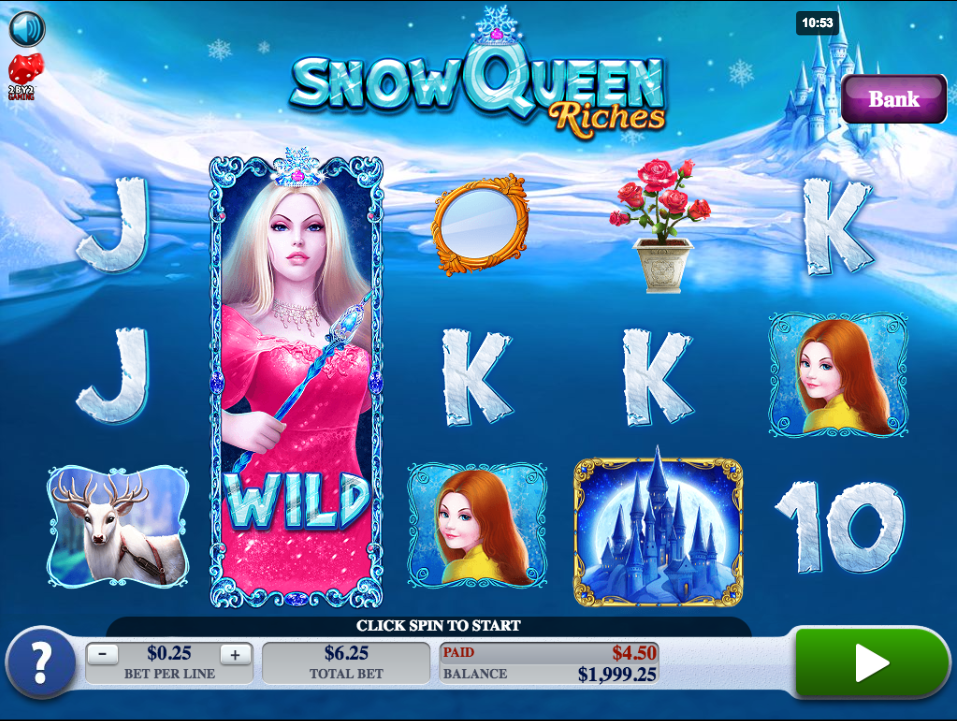 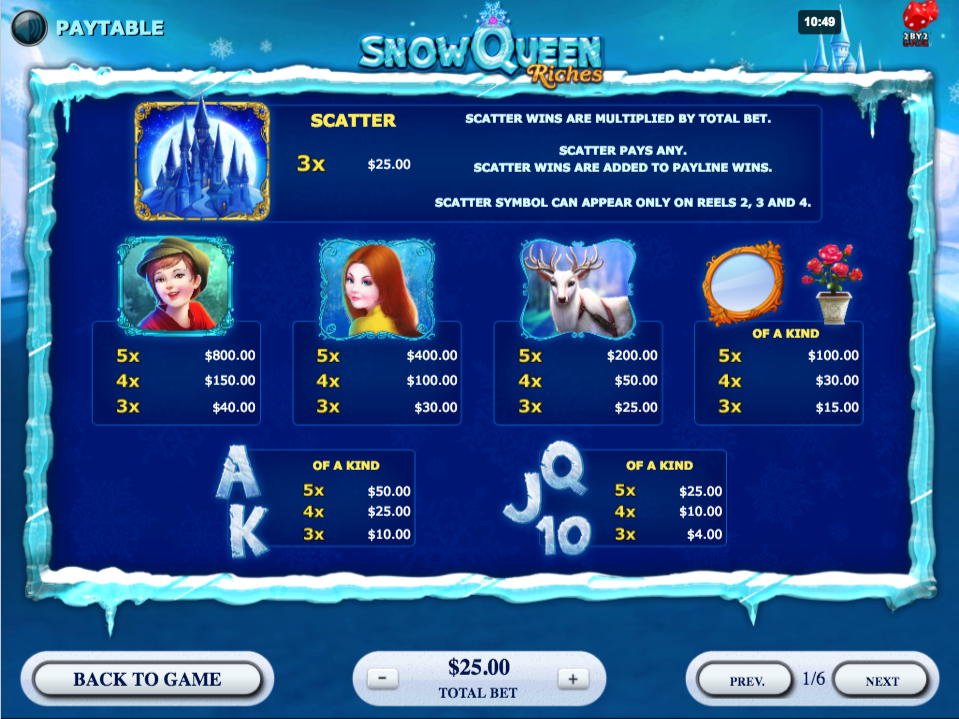 Hans Christian Andersen’s story of the Snow Queen was first published in 1844 and it’s a tale of good, evil and the a magic mirror which magnifies the bad side in all those reflected in it; Snow Queen Riches is and online slot from 2By2 Gaming based on that fairytale and it comes with several extra features.

Snow Queen Riches is a five reel slot with three rows and twenty five fixed paylines; the symbols float on transparent reels which sit against a chilly-looking backdrop of an icy turreted castle beyond a frozen lake.

There are five higher value symbols and these include the two children from the original story, the reindeer, the mirror and some roses; 10, J, Q, K and A represent the lower values.

The Snow Queen is wild and she appears only on reels two, three and five, substituting for all others to form winning combos except for the castle scatter icon; she also has her own bonus feature described below.

This is triggered whenever the Snow Queen wild appears on reels two, three or four; she will now expand to fill the whole reel and you’ll receive one free respin. Extra spins are awarded as long as you keep winning and the multiplier for those wins increases to a maximum of 4x. 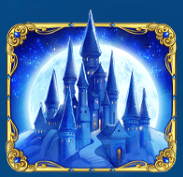 This is triggered by landing three of the ice castle scatter symbols anywhere on reels two, three and four and you will now be offered the following choice of bonuses:

The Bonus Wheel is for those who prefer less risk but a guaranteed reward while the spins are potentially, but not necessarily more lucrative.

Snow Queen Riches is a great little slot with some lovely graphics and regularly-triggered bonus features; for a bit more excitement, go for the free spins option rather than the bonus wheel.