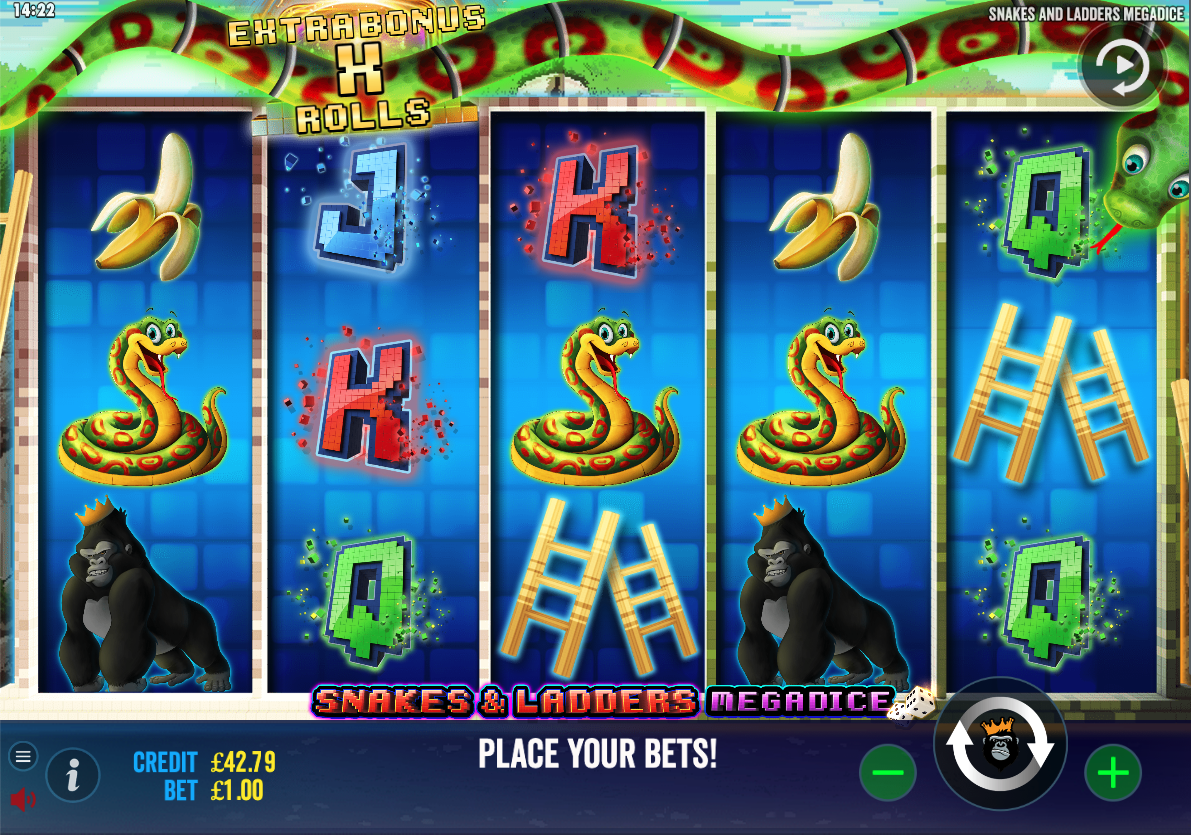 We’ve tried out a few online slots themed on the famous Snakes & Ladders board game in the past and they’ve generally been pretty entertaining – this one’s developed by Pragmatic Play, it’s called Snakes & Ladders Megadice and it comes with multiplier wilds and the bonus board game in which there are huge prizes to be won by climbing ladders and sliding down snakes.

Snakes & Ladders Megadice has five reels and ten fixed paylines and there’s a slightly odd pixelly design reminiscent of early computer games; the segmented snake above is important for the bonus feature but the ladders on either side of the reels are just there for show.

High value symbols include the gorilla, the banana, the snake and the ladders; 10, J, Q, K and A make up the lower values. The dice are wild and they can land showing one, two or three dots which is a multiplier value; the special symbol is the Bonus icon.

There are two ways to trigger this game:

Now you’ll move onto the 12 x 12 board game area which is complete with ladders to climb, snakes to slide down and a variety of things which do the following when you land on them:

There’s a guaranteed win in this round of 20x the stake so if this isn’t reached when the dice rolls have run out then Rage Mode begins in which the playing piece will move along the rows up to the final position, collecting all multiplier values along the way.

When the round ends all the collected multipliers are totalled, applied to the stake and awarded to the player.