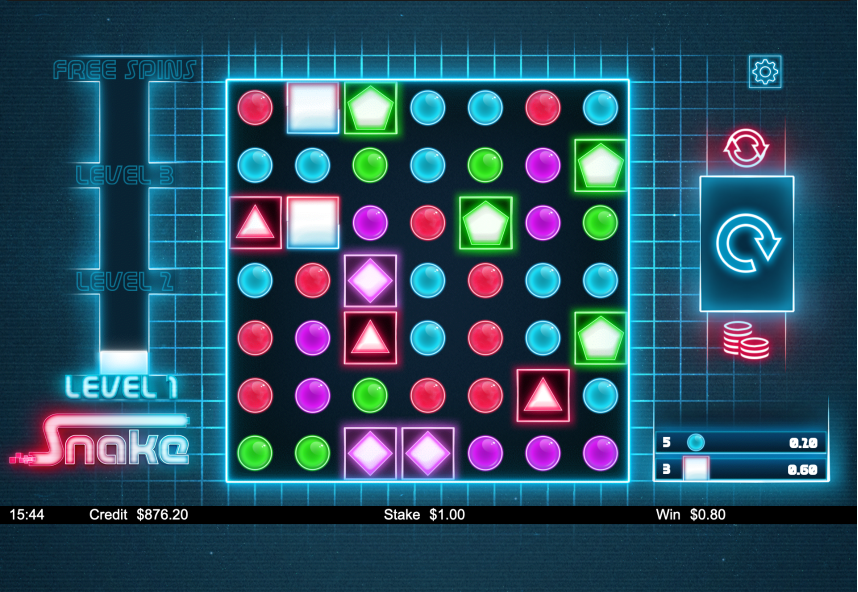 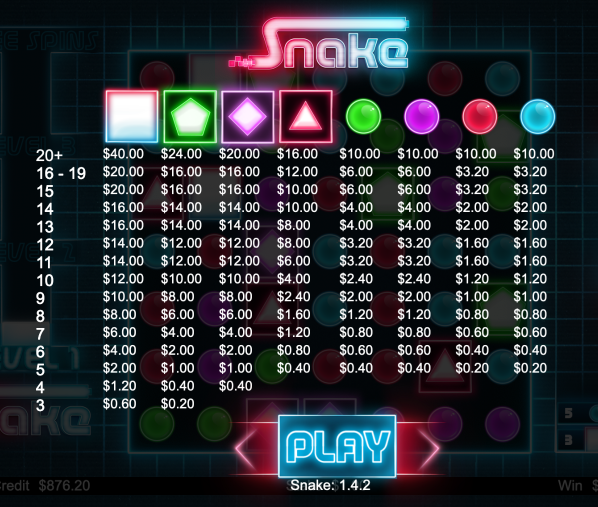 Join us now as we journey back to a time when Nokia ruled the mobile phone market and a very basic game called Snake was the thing to play on your device; this online slot of the same name is developed by Leander Games and it’s a tribute to that pointless but addictive pastime with free spins and a clever feature thrown in.

Snake plays out on a 7 x 7 grid with a neon, digital design and your aim is to form clusters of at least three matching symbols horizontally or vertically after which they’ll disappear and allow more symbols to fall in; these new symbols can then form more clusters, continuing the process.

The four coloured shapes in boxes are the higher value symbols while the circles of green, purple, red and blue represent the lower values; there are no wild or bonus symbols in Snake.

All the features are triggered by collecting the symbols in the clusters you’ve formed and these go towards filling up the meter on the left hand side:

Reaching levels two and three will darken the reels and place green food in random positions – a snake will now move around the reels, eating the food which will add one or two units to its length. When it eventually hits the wall (or reaches twenty units long) it will transform into one matching symbol and pay out accordingly. This new cluster will be added to the meter also and may trigger level three or perhaps the free spins.

We like Snake and not just because it’s a reminder of mobile phone technology from the 1990s; the cluster gameplay mechanic works well, the graphics are of a nice high quality and there are some big wins available once the features are triggered.