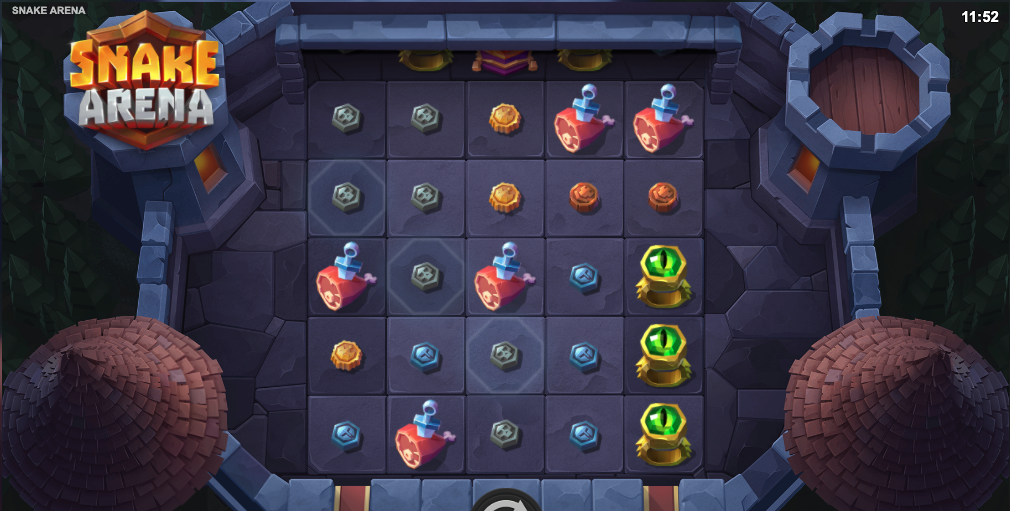 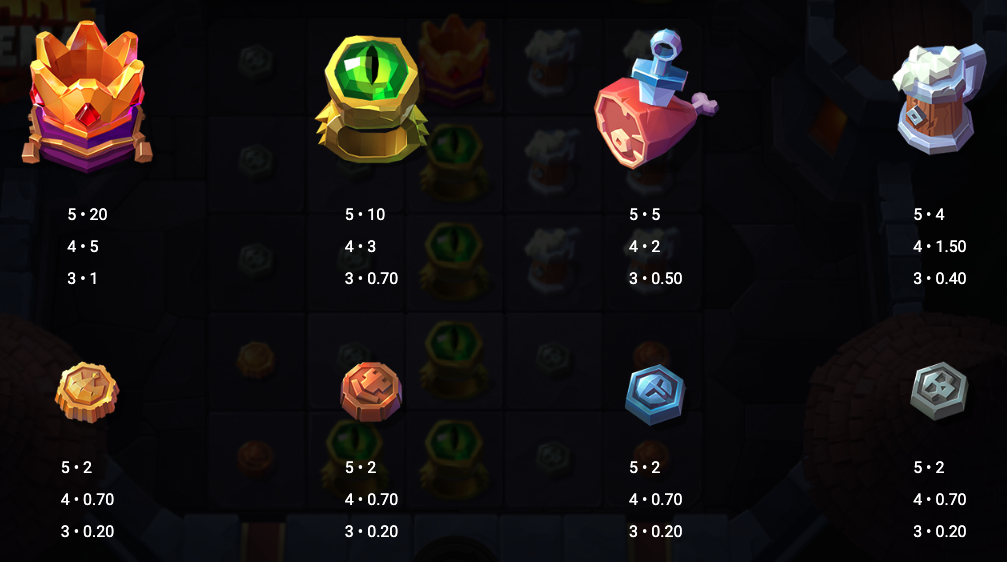 Those of us old enough to have owned a Nokia back in the old days of mobile telephony will recognise the theme here – it’s the snake game in which your task was to keep your creature alive as it moved around the screen, eating objects and extending itself until it inevitable ran out or room. Snake Arena from Relax Gaming adds that gameplay to the spinning reels to give us something a little different.

Snake Arena is a five reel slot with five rows and thirty fixed paylines; we’re looking directly down onto the courtyard of a castle and the flagstones are the reels positions.

The four high value symbols include the crown, the snake’s green eye, the ham and the mug of ale; coins of varying values and colours represent the lower values.

The knight and any part of the snake are wild and they will substitute for all other symbols to help form winning combinations.

This can occur randomly in the base game, turning between one and five reels completely wild. The reels turn wild when the knight and snake appear at the top and bottom of the same reel.

This is triggered by landing the knight and snake’s head anywhere in view and the snake will now move towards the knight – if he reaches and eats him the snake will grow in length and another spin will be awarded but if the snake crashes into his own body the round ends. The snake is wild and so as he grows with spin there are more wild symbols to help out.

The big prize of 1000x the stake is won if the snake fills up all positions on reels two, three, four and five.

Snake Arena is a cute slot with some entertaining gameplay and charming video game graphics – trigger the free spins for some retro Nokia fun and big wins!