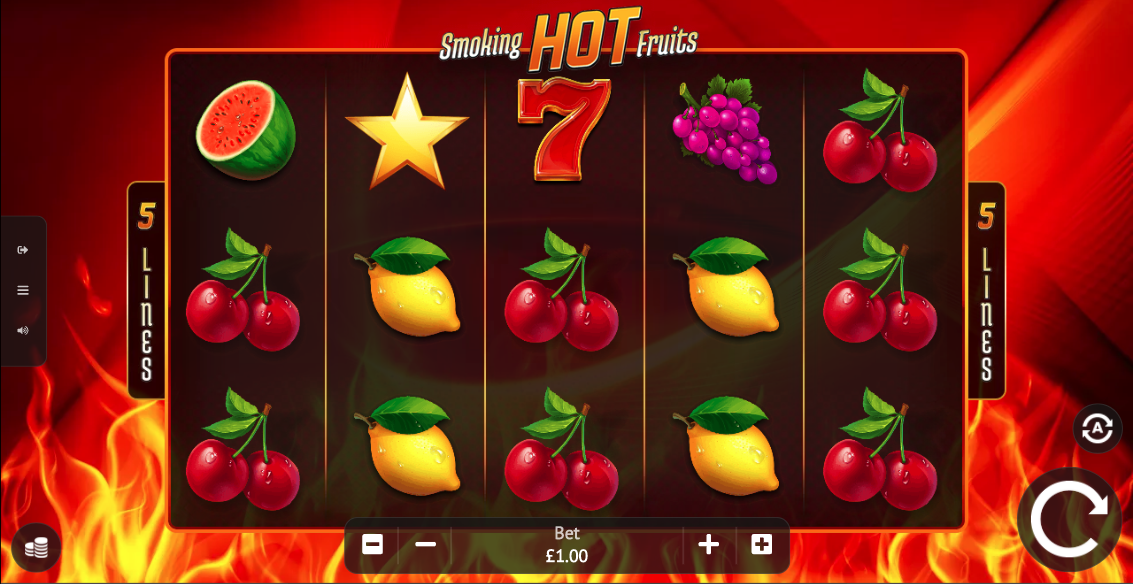 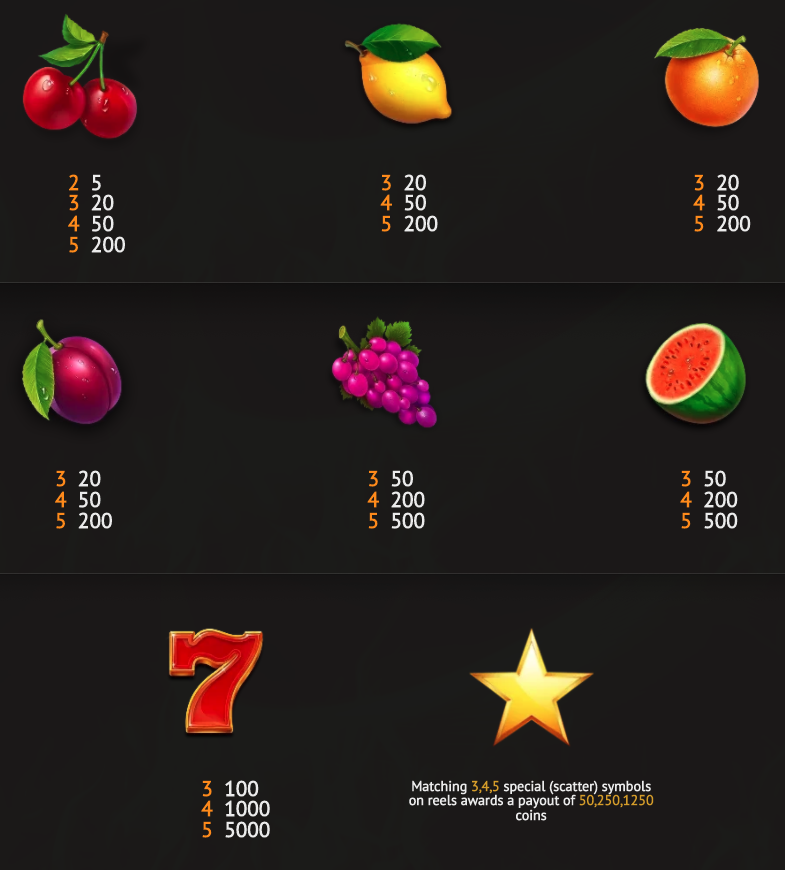 Fruit has been the staple theme of slot machines – on and offline – ever since the first reels were spun longer ago than we can remember; Smoking Hot Fruits joins the ranks of games inspired by this subject, it’s developed by 1×2 Gaming and there are some big wins waiting for the luckier players.

Smoking Hot Fruits is a five reel slot with three rows and just five fixed paylines; the symbols spin within a slim frame which floats precariously above the flames waiting below to heat up the fruit.

The symbols are largely a familiar bunch and include red sevens, watermelons, bunches of grapes, plums, oranges lemons and or course cherries; there’s no wild symbol in Smoking Hot Fruits but there’s a scatter symbol represented by a star which will award scatter wins if you can land at least three.

And that’s about it really! Just set your stake accordingly and spin the reels to try and land one of the big wins which could brighten up your day.

Smoking Hot Fruits is obviously a slot for those who like things a little simpler and can do without the bells and whistles of multiple bonus features and large numbers of reels; if that sounds like your cup of tea then dive in a spin the reels – you’ll love it!