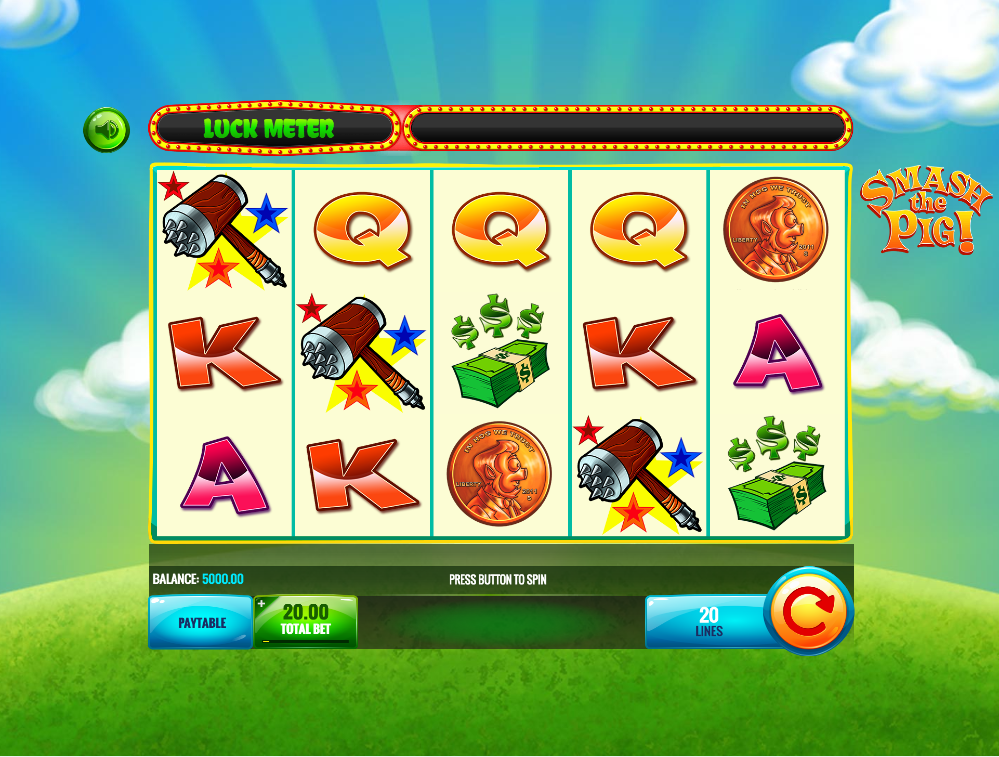 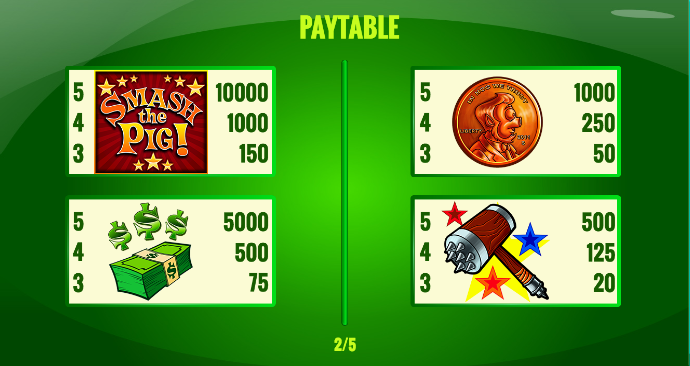 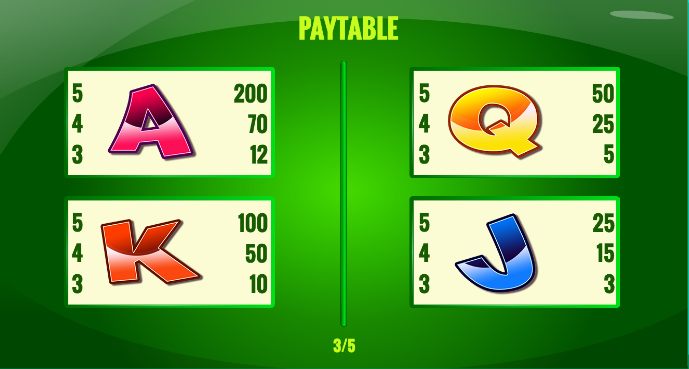 Remember the good old days when we’d all go out and mistreat animals? We don’t either and you’ll be relieved to know that Smash the Pig involves no unnecessary violence towards our porcine friends; it’s about freeing the contents of a piggy bank, it’s developed by IGT and it’s explained in glorious detail below.

Smash The Pig is a five reel slot with three rows and twenty fixed paylines; the design of the game is simple and and the gold-framed reels float above a green hill which squats underneath a cloud-flecked blue sky.

The four high value symbols include the Smash The Pig logo, a bronze coin, a wad of bank notes and spiked mallet; J, Q, K and A make up the lower values.

There are no wild symbols in this game but there are two different pig symbols which both activate their own features.

This is triggered by landing three or more of the single pig scatter symbols anywhere in view and you will now get to pick one of the pigs on display to reveal one of the following rewards:

Trigger this by landing three or more of the pig bonus scatter icons; you will now see the Luck Meter above the reels fill up or partially full depending on the number of triggering scatter symbols.

Now start smashing pigs for multiplier value up to 20x your total bet, each of which reduces the Luck Meter. If you can smash five pigs with some luck still remaining then more pigs and more luck are added to the meter. When the luck ruins out the round is over.

Smash The Pigs is a cheerful, colourful slot with some potentially big wins but probably not too much replay value; still it’s worth a pop and the cuteness ratio is very high. This game comes with an RTP ranging from 92.15% – 96.17%.