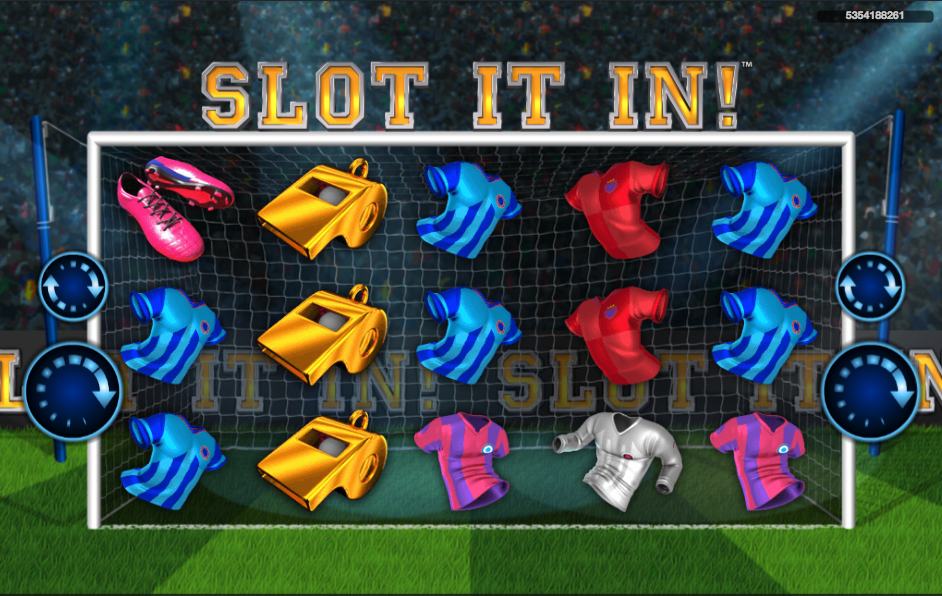 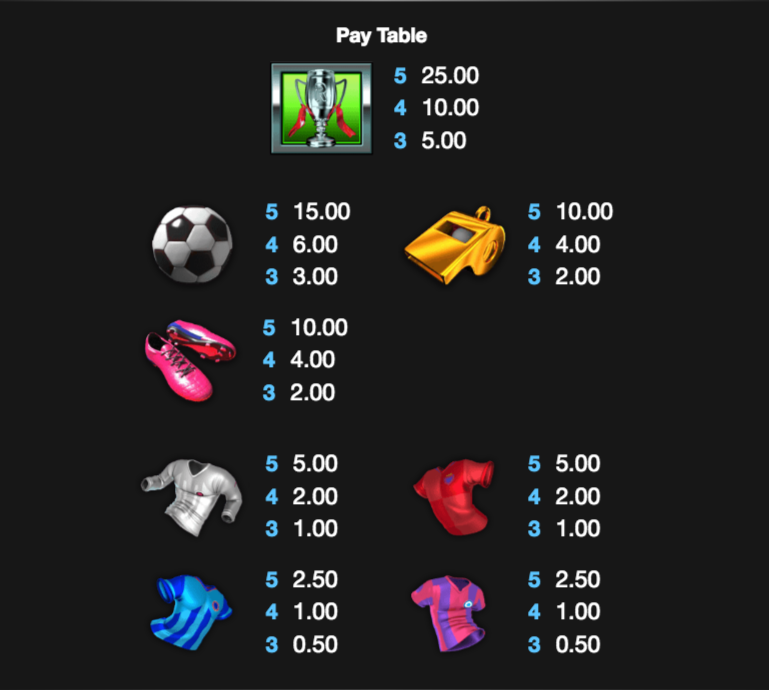 We like a good pun in the title of an online machine as much as anyone else so Slot It In! ticks at least one box, referencing some reel spinning action along with an old terrace refrain, urging a striker to put the ball into the ‘$&*@ing net‘.  Anyway it’s from Realistic Games and you can find out how it works right here.

Slot It In! is a five reel slot with three rows and ten fixed paylines; the symbol on the reels float within a goalmouth against a backdrop of cheering fans and a very lush, green playing surface.

All the symbols are related to the theme and include a silver trophy, a ball, a referees’ whistle, a pair of pink football boots and four jerseys of varying colours of white, red, blue striped and purple striped. Wins can be formed anywhere on the reels as long as there are at least three matching symbols on adjacent reels.

There’s no wild or bonus symbol in Slot It In! but don’t fret – there is a bonus feature which is explained below.

There’s just the one extra feature here and it’s triggered by landing three matching symbols on each reel on one spin – this isn’t as hard as it sounds because all the symbols are stacked by default.

If you can manage this all you need to do is press the ‘Spin’ button and the flashing light will stop on one of the reels; the other reels will now spin and when they land they will show at least one symbol which matches with the chosen reel, hopefully providing you with a nice big win.

Slot It In! is quite a basic slot but it’s very fast moving, has an appropriately frantic soundtrack and does what it says on the tin; it’s not too tricky to trigger the feature and it comes with an RTP of 95.15%.