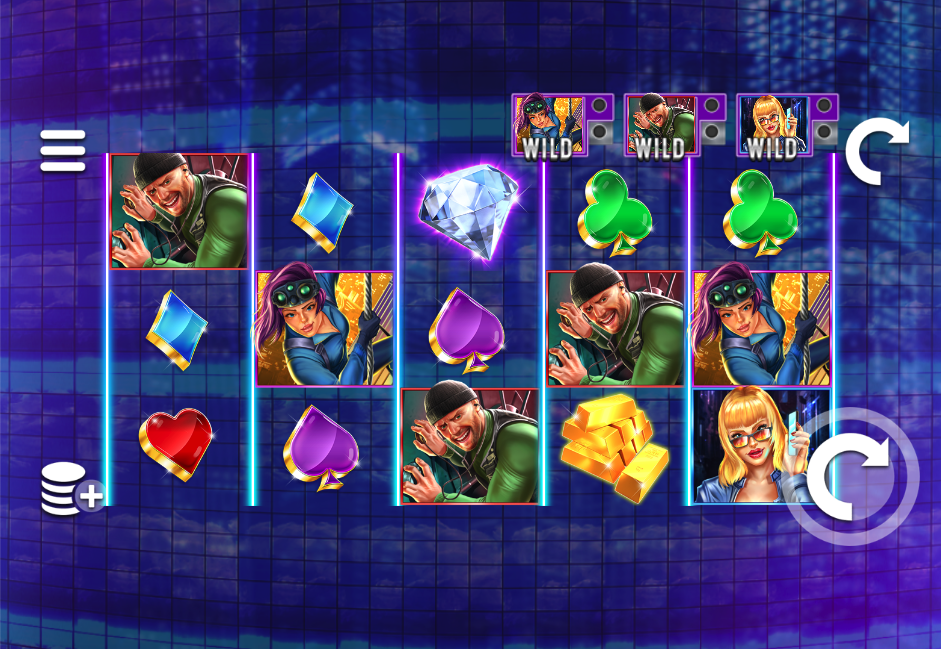 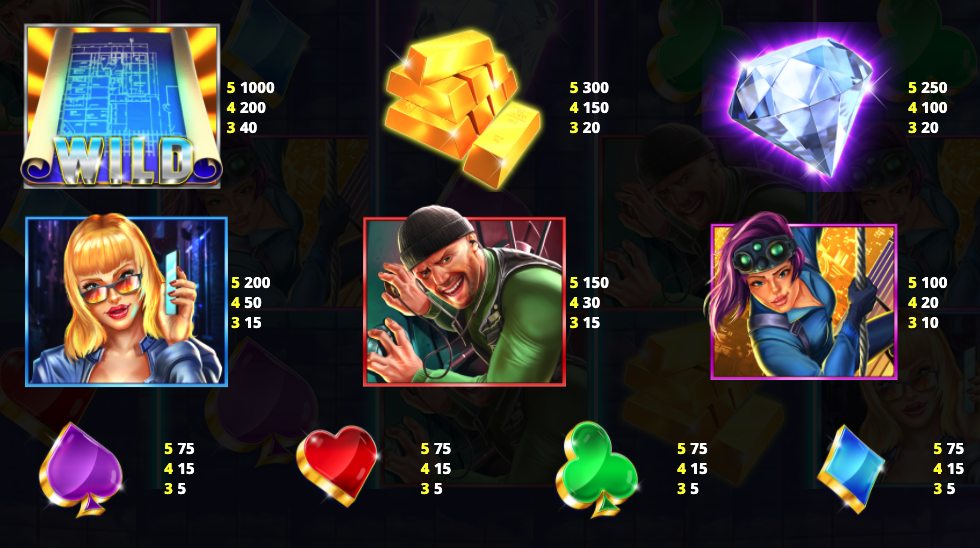 A high rise theft from a skyscraper forms the theme of this fast-moving online slot from Leander Games – it’s called Sky Vault and attempting this heist has the potential to earn free spins, The Gang Goes Wild feature and the Crack The Vault bonus.

Sky Vault is a five reel slot with three rows and twenty fixed paylines; the mirrored glass of the target building creates the reflective backdrop to those reels and a funky soundtrack accompanies the gameplay.

The criminal team of two ladies and one gent make up the higher value symbols alongside a huge diamond and a stack of gold bars; playing card symbols in purple, red, green and blue represent the lower values. The blueprint is wild and the tower is the bonus symbol.

Sky Vault uses collapsing reel in its gameplay in which any symbols in a winning combo will disappear and be replaced by more falling in from above; in this version each collapse on a single spin will light up one of the two dots next to the characters above the reels. Once both lights are lit that character will become wild to increase the chances of continuing the feature.

Ten free spins can be won by landing three bonus symbols one reels now, two and three; ten more can be triggered in the same way once the feature has started.

Vault symbols will appear on reel five and collecting them unlocks more features:

The Crack The Vault prize is a spin of a wheel to reveal a multiplier value up to 1000x which will be applied to the total feature winnings.

We always enjoy some collapsing reels and when it’s combined with a a wild feature like The gang Goes Wild then what’s not to like? For us the gameplay revolves around that feature but if you can trigger the free spins also then happy days.

The Return To Player percentage for Sky Vault is 95.99%.

How To Win On Sky Vault?

Where can I play Sky Vault?