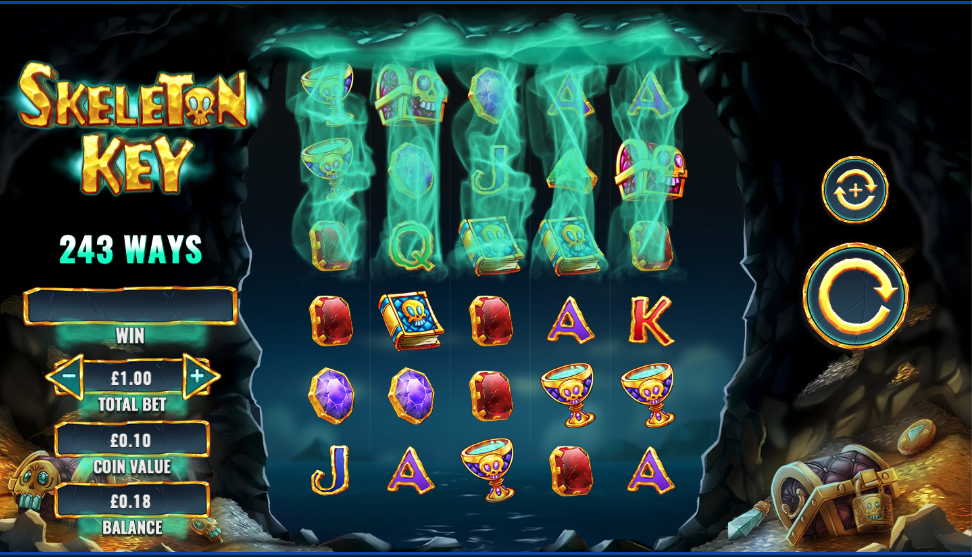 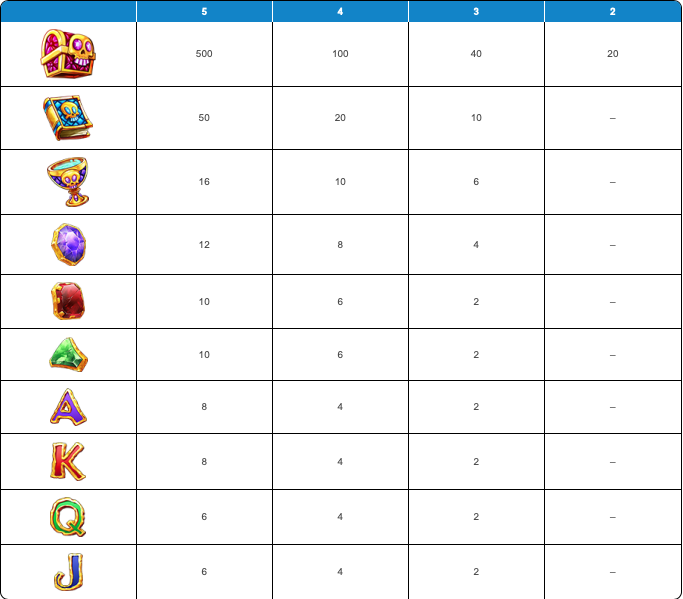 Deep in some unknown cave there’s a huge pile of treasure which can only be accessed if you have the Skeleton Key; that’s also the name of this online slot from IGT which, from £0.10 per spin, promises players up to 7,776 paylines, mystery symbols and ghostly free spins.

Skeleton Key is a five reel slot with three rows and two hundred and forty three ways to win initially; gleaming piles of gold coins, treasure chests and jewels stack up on either side of those reels while a ghostly green aura locks the locks the top three rows of symbols in place.

The higher value symbols include the pink treasure chest, the book, the cup and three jewels in purple, red and green; J, Q, K and A represent the lower values. The golden ‘Wild’ is wild while the special symbols are the bonus padlock, the key and the question mark.

Every time a Skeleton Key symbol appears on a reel it will expand to six positions high – the key will disappear and another symbol will fall in from the top to fill the gap left. On each subsequent spin the reel will reduce in height by one position until it’s back to its starting height, unless another key lands. Expanding reels mean more paylines with a potential 7,776 available if all reels are six positions tall.

When a group of question mark symbols land on the reels they’ll transform into the same standard symbol and the result will helpfully be a nice win.

Landing three, four or five of the padlock bonus symbols anywhere in view will award 10, 20 or 30 free spins respectively; extra spins can be won once the round is underway but here two padlocks will award 2 extra spins.

The Reel Expansion feature is active during the spins and each skeleton key will increase the win multiplier by 1x; mystery symbols can also transform into keys to generate large multipliers.

Skeleton Key is pretty entertaining stuff with three interesting features, the best of which (in our opinion) is the reel expansion which sees the paylines increasing every time a key lands; free spins and mystery symbols only add to the enjoyment!