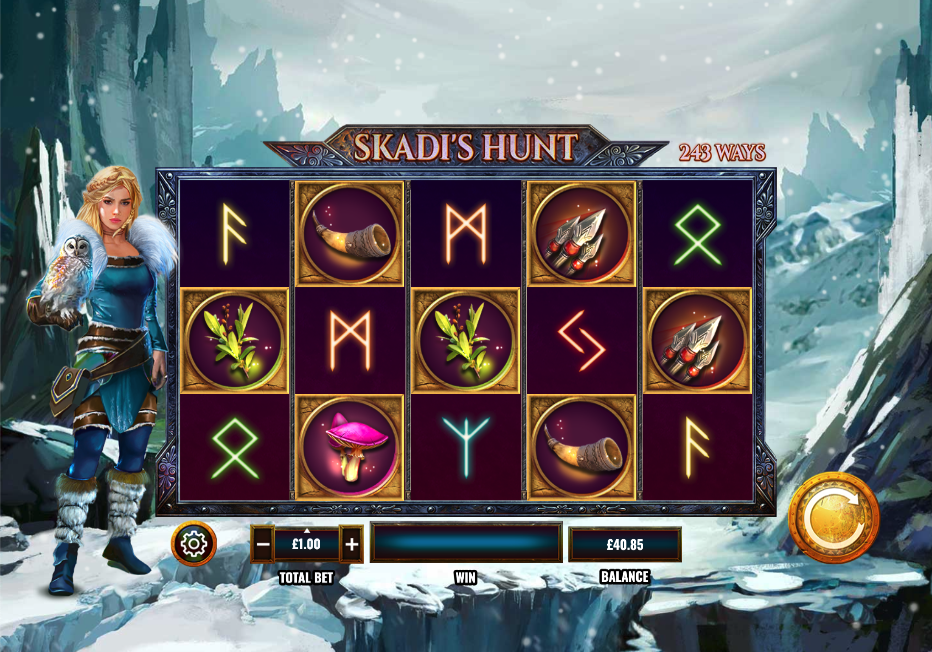 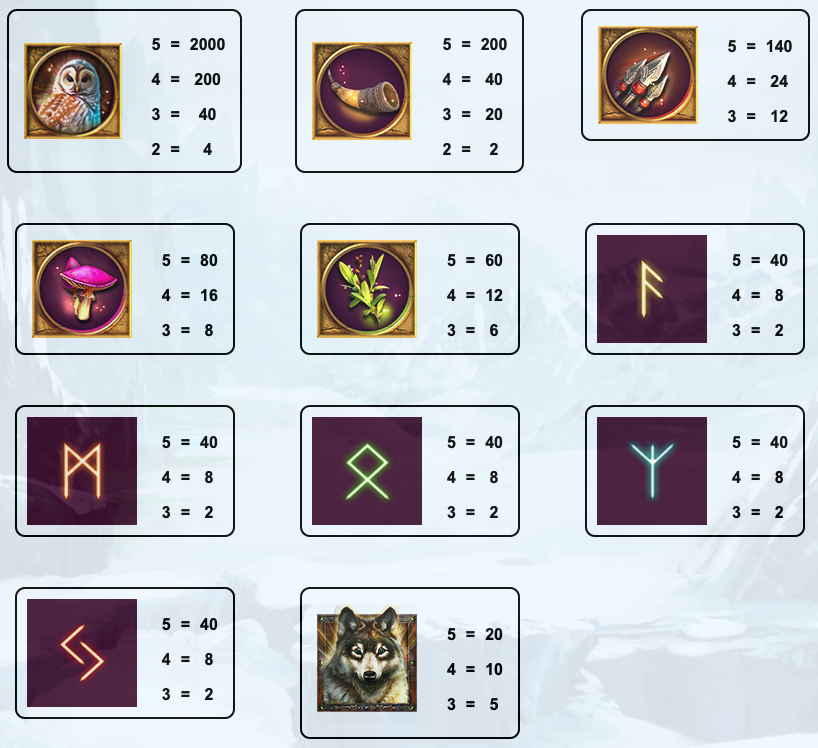 It’s probably fair to say that Skadi is one of the lesser known characters from Norse mythology but a cursory look at Wikipedia suggests she may have married Odin at one point and that she liked a bit of skiing. Skadi’s Hunt is an online slot themed on this goddess and it comes with three free spins modes for those lucky enough to trigger the main feature.

Skadi’s Hunt takes place in a very chilly Scandinavian landscape formed from lofty mountain peaks and deep crevasses; the five reels and 243 ways to win spin within a grey metal frame overlooked by our goddess and her owl on the left hand side.

That owl is one of the higher value symbols along with the hunting horn, some arrows, pink toadstools and a plant; five runes and represent the lower values. Skadi herself is wild and the wolf is the scatter symbol.

Landing at least three of the wolf scatter symbols on consecutive reels starting from the left hand side will trigger this feature and the chart below shows the choices available if you’ve landed three, four or five o wolves to kick this bonus off.

During the spins landing three or more wolves will trigger the feature again.