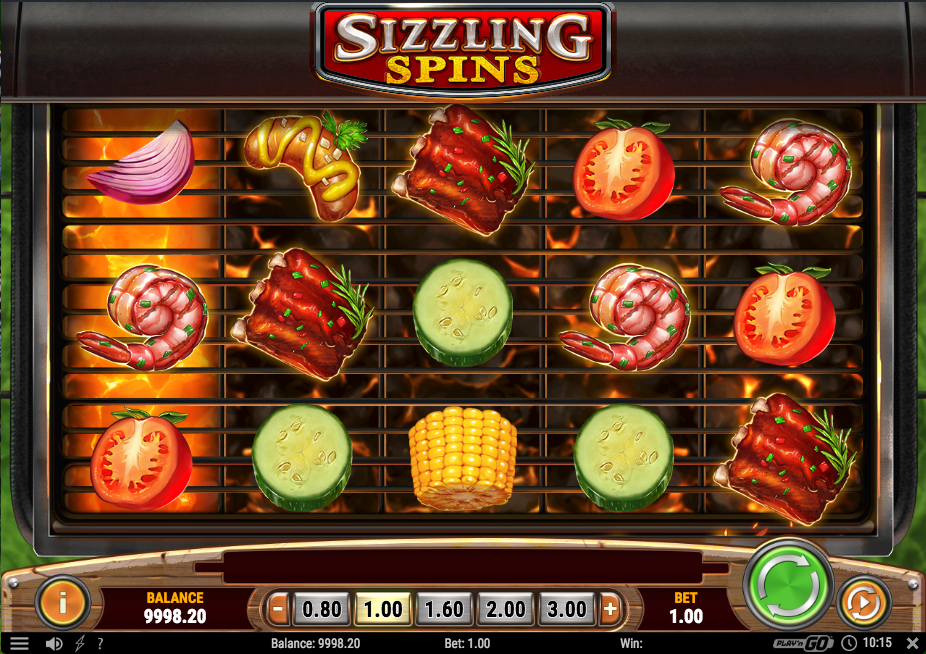 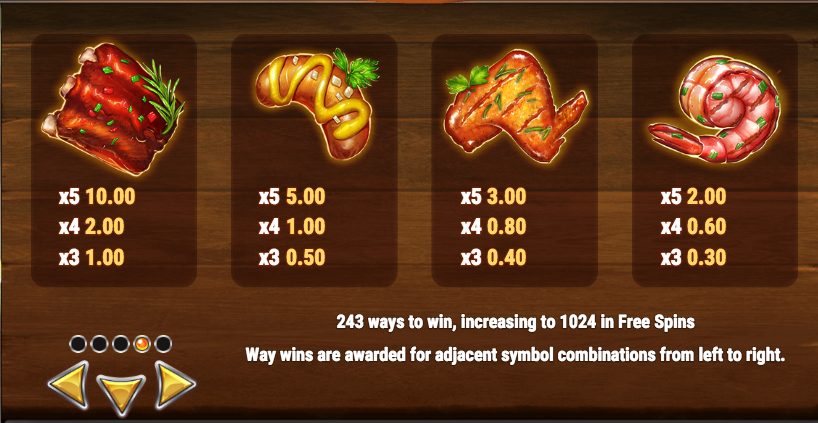 Is it barbecue weather where you are right now? If it is – or even if it isn’t – then it’s time to put down those tongs, keep hold of your drink and head indoors to check out this online slot from Play N Go; it’s called Sizzling Spins and it’s barbie theme contains some tasty bonus features.

Sizzling Spins is a five reel slot with three rows and twenty fixed paylines; we’re looking down on the red hot grill of this barbecue and the symbols are all the bits of meat and veg almost ready to be eaten.

Those symbols include a rack of ribs, a mustard-coated sausage, a chicken wing, a prawn, some sweetcorn, onions, tomatoes, aubergines and mushrooms.

The wild is the foil block but only as part of the feature which we’ll explain below, it will substitute for all other symbols to help form winning matches except for the chilli scatters.

This is triggered by landing three of the chilli scatter symbols anywhere on reels one, three and five; just pick one of those chillis to determine whether you receive eight, ten or twelve free spins.

The reels in play here are four rows high with 1024 ways to win and all foil blocks are wild during this round – a foil block landing on a Hot Reel will award one extra spin also. Collecting three, six or nine chilli scatter symbols during this round will apply a multiplier of 2x, 3x or 5x to respectively to any subsequent spins.

Sizzling Slots is not a slot to play if you’re feeling hungry but otherwise it’s certainly worth checking out – it has some lovely graphics, top notch gameplay and two bonus features which complement each other like sausages and mustard. But why no burgers?