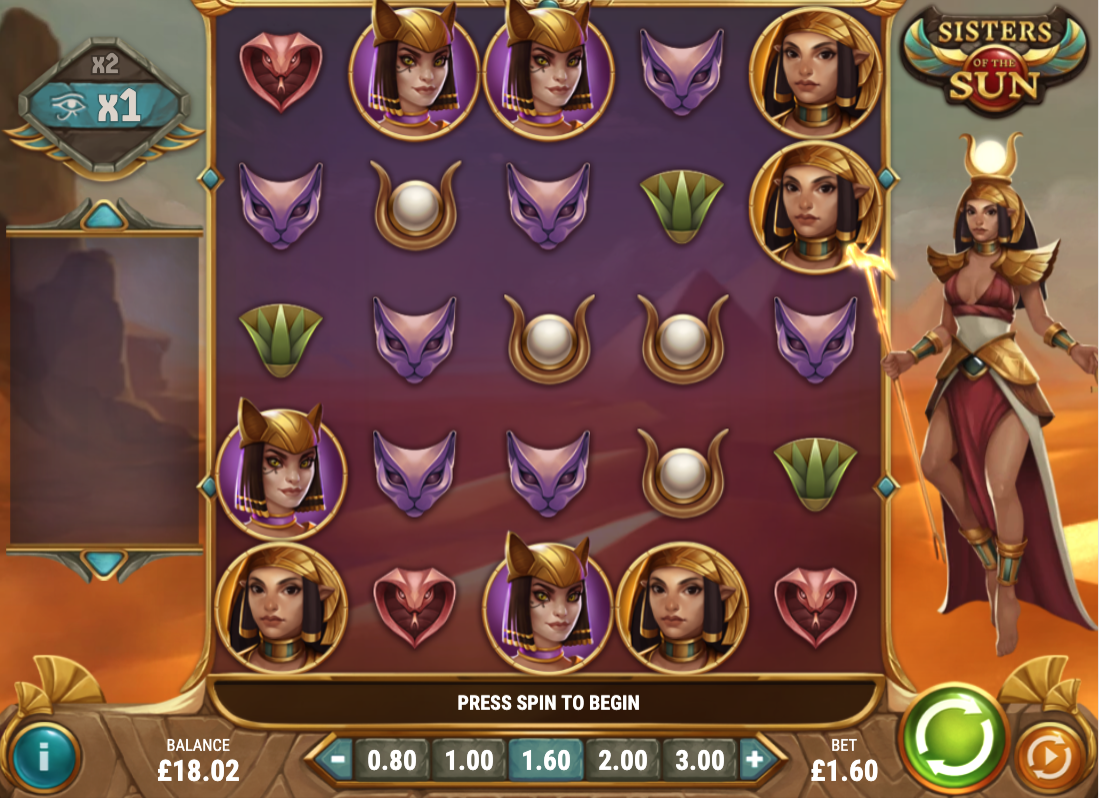 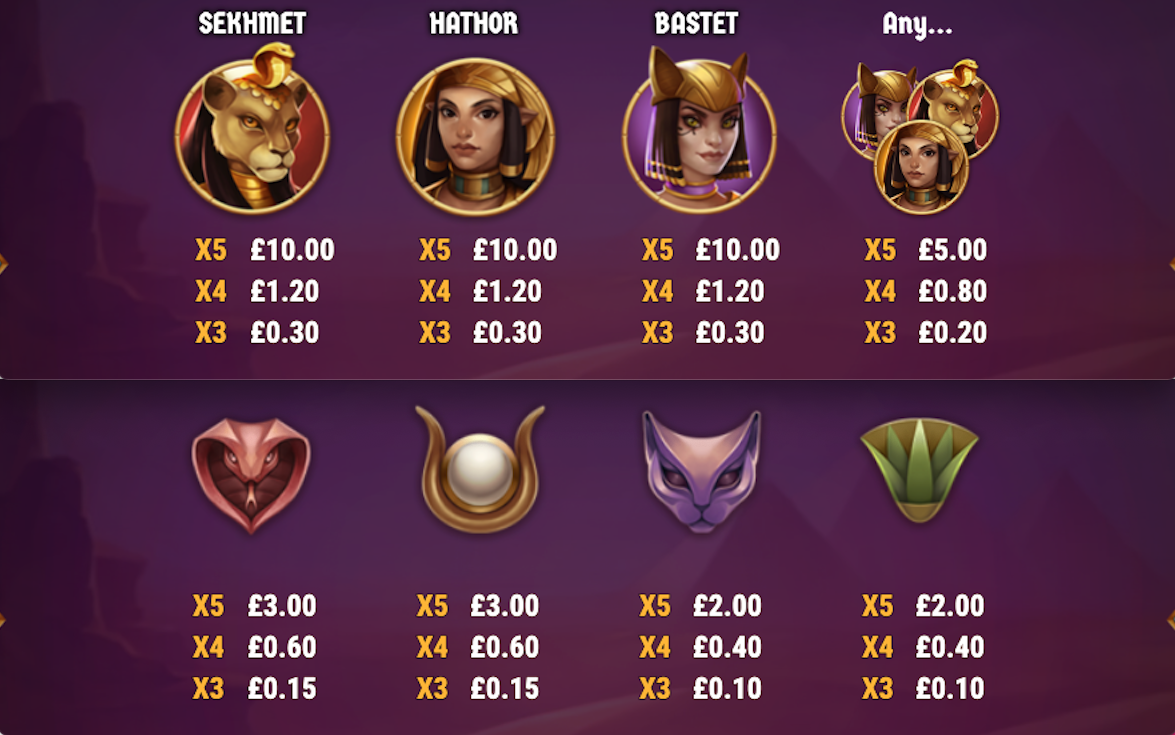 Sekhmet, Hathor and Bastet are the three deities providing the welcome to this online slot from Play N Go – it’s called Sisters of the Sun and its Egyptian theme promises us multiple bonuses and clever features.

Sisters of the Sun is a five reel slot in which wins are formed by creating lines of at least three matching symbols horizontally and/or vertically anywhere on the reels – those symbols will then disappear but unlike the standard cascades no new ones will appear to fill the gaps. Clearing the grid completely will award a prize of 50x the stake.

One of three sisters will always be floating to the right of the reels against a backdrop of drifting sand, cliffs and pyramids.

The three sisters – Sekhmet, Hathor and Bastet – are the three high value symbols but three mixed will create a combo as well; the serpent, pearl, cat and plant represent the lower values. Wild symbols are created when a winning combo disappears and the glowing scroll is the scatter.

Sisters Of The Sun Bonus Features

On each spin five random positions will be marked and if a combo is formed on one of these places the win multiplier to the left of the reels is increased by 1x.

On any non-winning spin the goddess on the right hand side may award her particular feature:

After each bonus another goddess will take over.

This is triggered by landing the scroll scatter symbol anywhere in view and it’s one free spins in which each Goddess Power is activated on each non-winning drop of the symbols after a win. Sekhmet always goes first, then Hathor and finally Bastet.

If all symbols are cleared from the grid during the Sisterhood feature then free spins are awarded and you’ll need to choose fro the following:

During the spins there’ll always be ten Eye of Ra multiplier positions and the chosen goddesses power will activate on each non-winning spin.