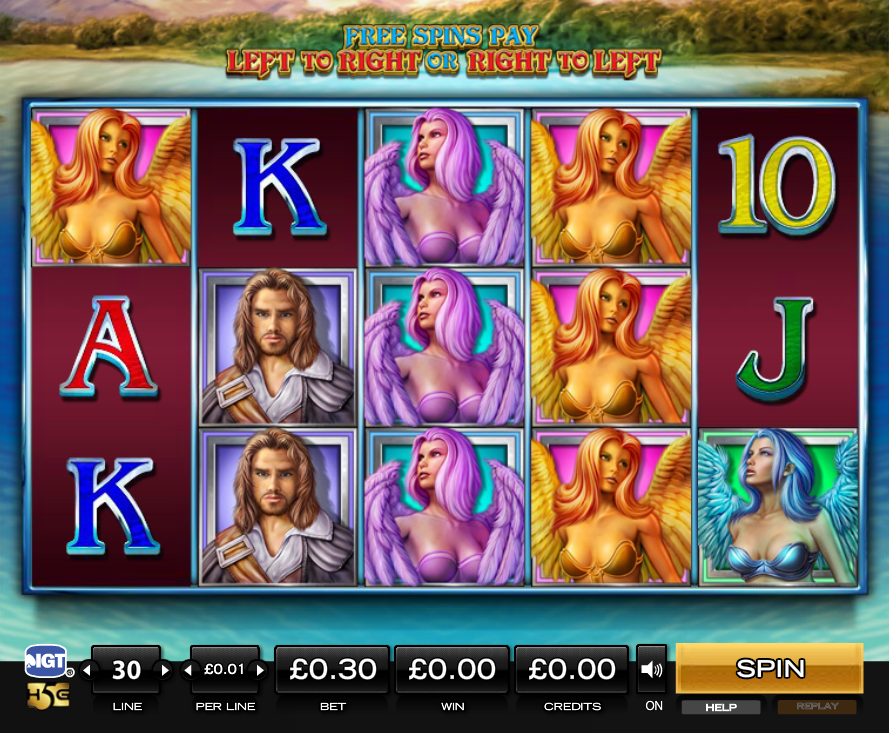 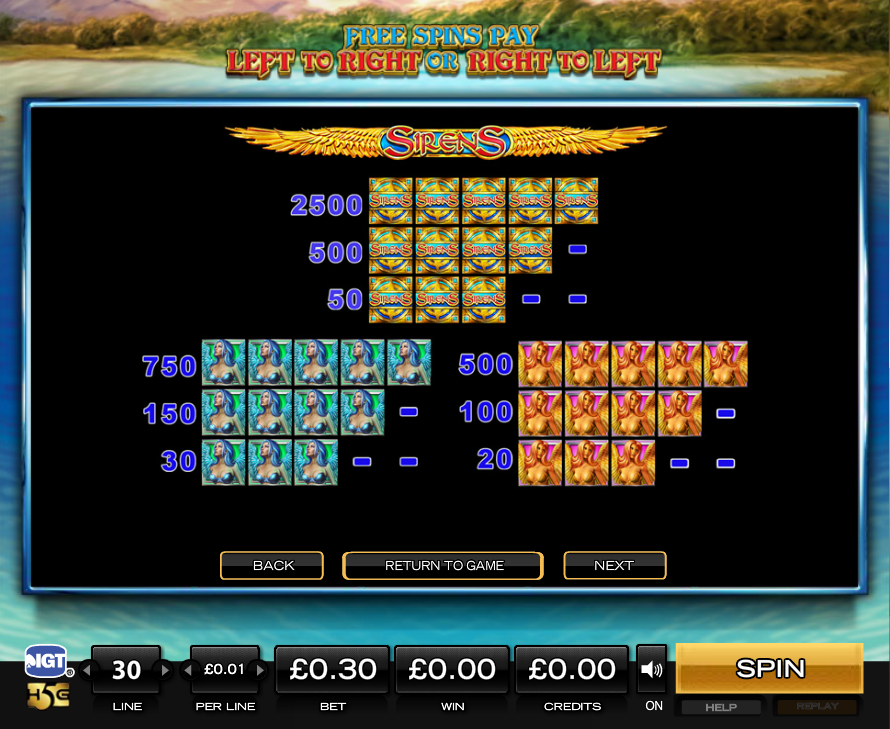 Stories from Greek mythology provide plenty of material for developers to create compelling online slots so it makes sense for IGT to give us a game based on the mythical Sirens. These captivating creatures lured sailors to their deaths on the rocks with enchanting music and only Odysseus was able to thwart them by having himself tied to a mast by sailors who had plugged their ears with beeswax.

Sirens is a five reel slot with three rows and up to thirty paylines and it all takes place against a backdrop of blue seas and land in the distance – it’s not much like the rocky coves where the Sirens were said to live.

There are five high value symbols – three Sirens, Odysseus and an eagle; 10, J, Q, K and A represent the lower values.

The Sirens logo is wild and it appears stacked on the reels; this means it can help out with some big wins if you manage to land stacked wilds on reels adjacent to each other. The bonus symbols is a golden harp with activates the main feature.

The golden harp is a scatter symbol and landing three or more anywhere in view will reward you with the following:

When the spins start you will find that the letters ‘B’, ‘O’, ‘N’, ‘U’ and ‘S’ have replaced the bonus symbols on reels one to five respectively. Landing combinations of these letters in any positions earns the following payouts:

When the spins have finished you must now pick one of the harps on display to give you a final multiplier reward of 3x, 4x, 5x or 10x your total win so far.

Sirens is a playable enough slot although a little basic compared to some of IGT’s newer releases. We like the theme and the variation on the free spins round so it’s worth a pop; the RTP is 94.90%.