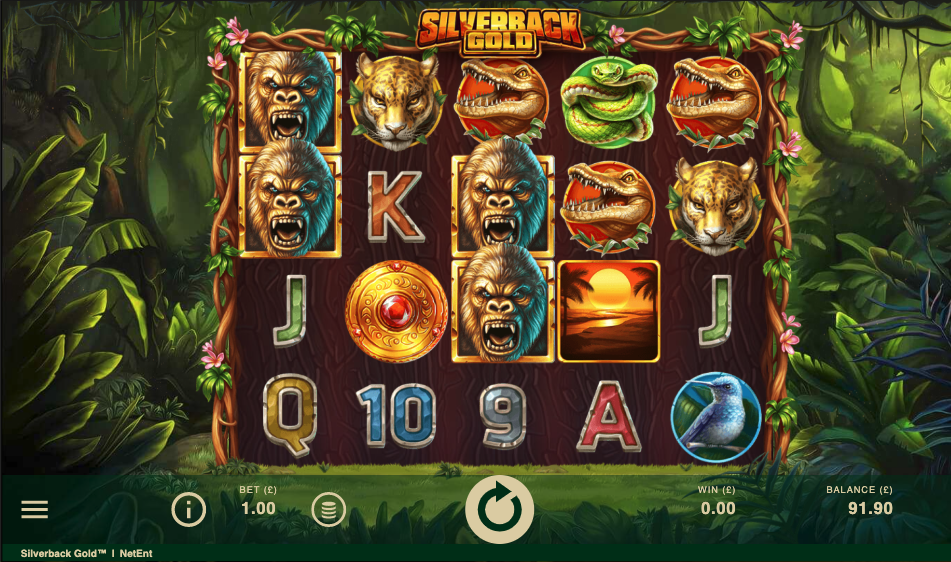 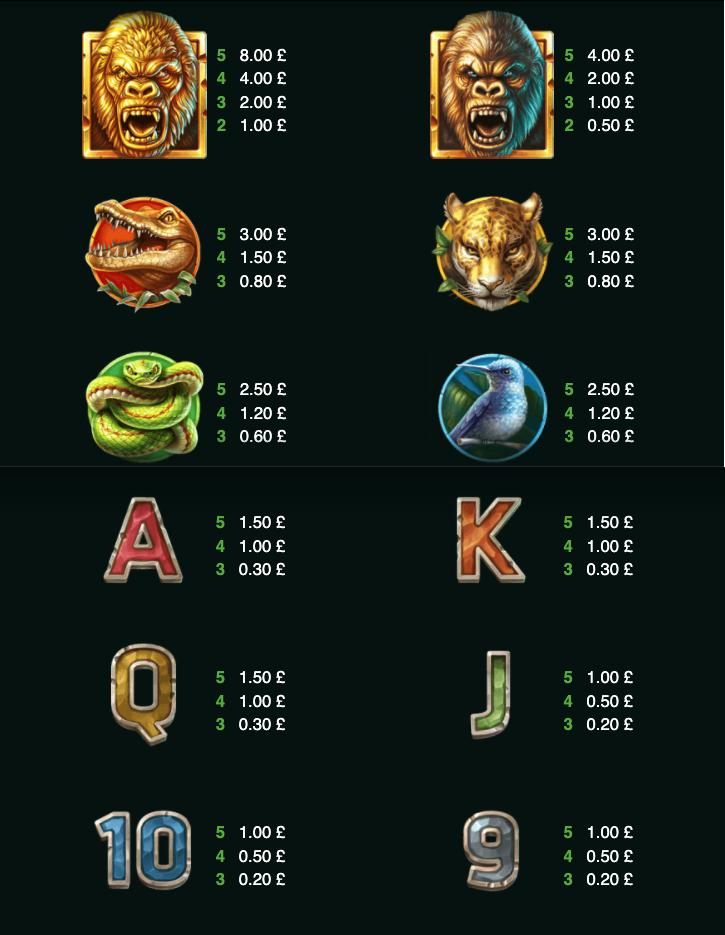 The silverback gorilla is the leader of any particular pack and so it clearly deserves its own online slot machine – Silverback Gold is the game Net Entertainment have come up with to honour this giant primate and it comes with enhanced free spins and the Silverback Attack feature.

Silverback Gold is set in some appropriate jungle location (equatorial Africa, according to Wikipedia) and those five reels and 1024 ways to win spin in a small clearing surrounded by the gloomy, encroaching flora.

This can occur at random during the base game or free spins and between six and twenty silverback symbols will be added to the reels, hopefully helping out with a nice win.

This whole thing kicks off by landing at least three scatter symbols anywhere in view and you’ll get to play the Bonus Game first – here those three+ scatters lock in place and are assigned a value of 1, 2, 3, 5, 10 or 25. You’ll now get three respins in which any more scatters will get a value also, lock and reset the number of spins to three again.

When you’ve run out of respins the free spins begin and the total of all those values is added and applied to a meter above the reels which looks like this:

As the meter fills up the symbols which are passed become silverbacks on the reels; more values may appear on silverbacks during the free spins so the collection can continue until a maximum of three hundred is reached. At this point all silverbacks become golden silverbacks which are twice as valuable as the former.

Two to five scatters landing during this round will award between 3 and 20 extra spins and the wild symbols can come with multiplier values of 2x and 3x.