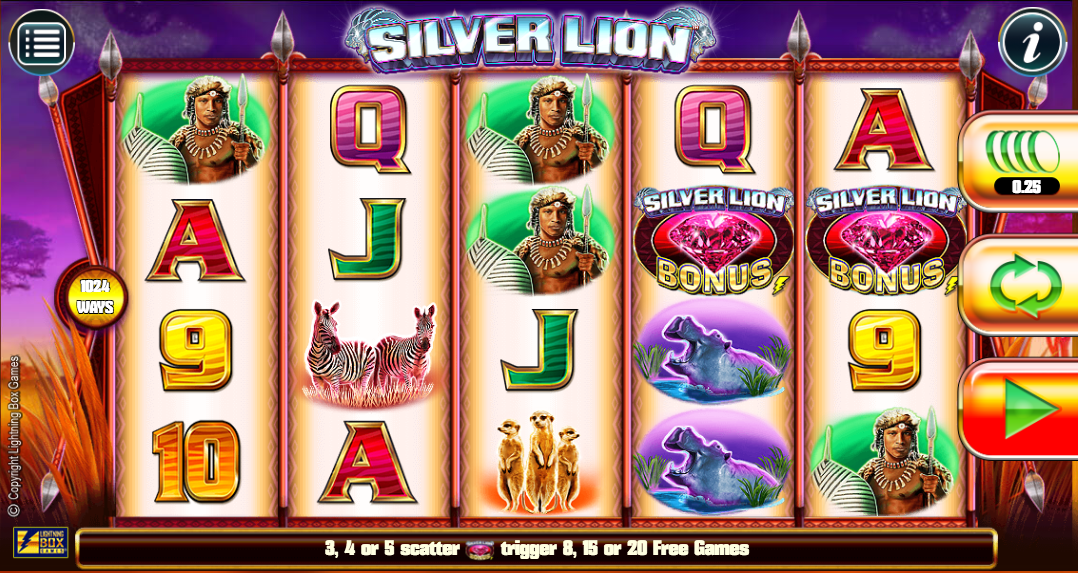 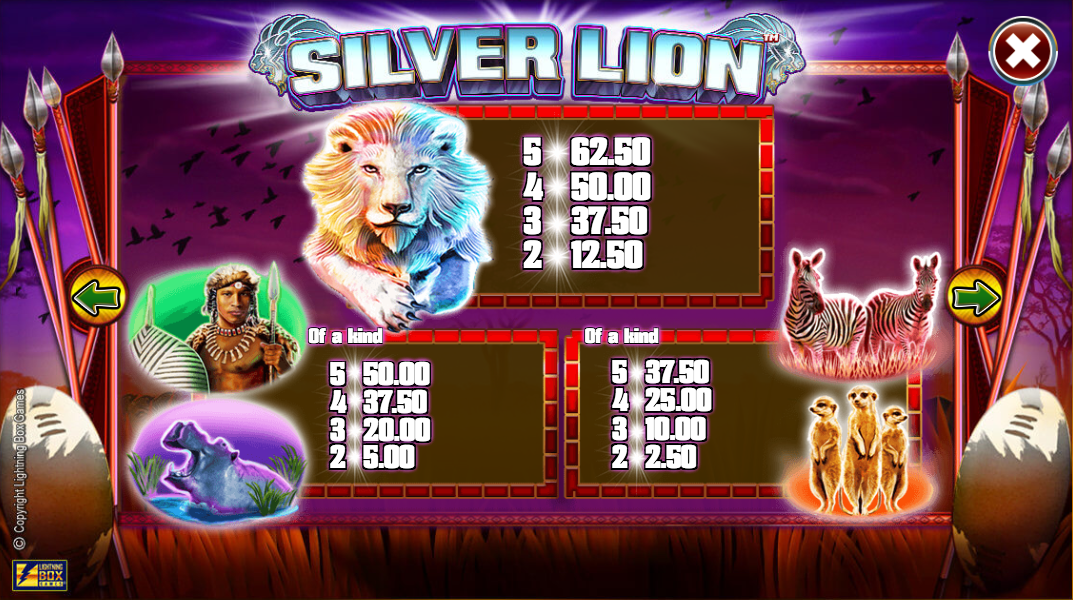 The hot and dusty plains of Africa are a frequent destination for fans of online slot machines and it’s certainly a cheaper way of spotting wild animals than going on an actual safari. We have another opportunity now with the release of Silver Lion, a game developed by Lightning Box on Odobo’s software platform. The noises of the jungle will assail you as you play this game but you’ll want to read all about it first.

Silver Lion is a five reel slot with three rows and 1024 ways to win; this means wins can be formed with at least three symbols as long as they start from the left hand side. A purple sky watches over the savannah behind the reels and there are a range of wildlife noises to accompany your gameplay.

The five higher value symbols are all related to the theme and include the silver lion, zebras, meerkats, a hippo and a native warrior; 9, 10, J, Q, K and a represent the lower values.

The wild symbol is represented by a tree silhouetted in front of the setting sun and it will replace all others except the scatter – that’s a red diamond and it activates the main feature.

This is triggered by landing three or more of the red diamond scatter symbols anywhere in view for which you will receive:

When the spins are underway each tree that lands will multiply any wins to which it contributes to by 2x or 3x; this is cumulative so landing three wilds in winning combos can award up to a 27x multiplier (3x3x3).

Silver Lion is graphically a little bit basic but it plays nice and smoothly and the varied animal noises add some atmosphere to the gameplay. There are some big wins available in the bonus feature, especially if the wild multipliers get involved.