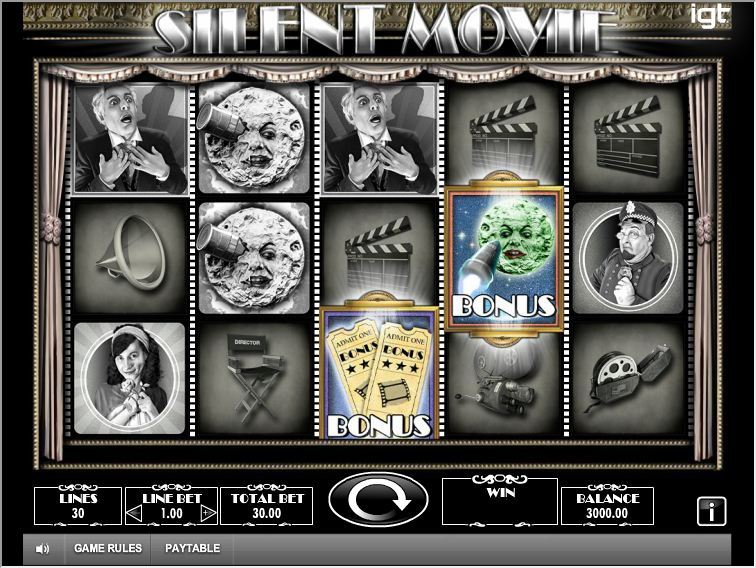 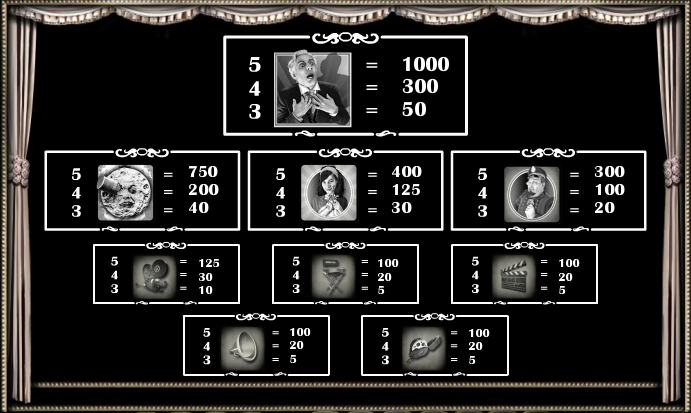 Here’s something interesting – an online slot which takes us back to the era of the silent movie and celebrates some of the characters and actors who plied their trade during this period; it’s called Silent Movie. it’s developed by IGT and it comes with a whole range of bonus features.

Silent Movie is a five reel slot with three rows and thirty fixed paylines; the design is certainly contemporary to the period and it’s black, white and sepia until you land winning combos or special symbols when it bursts into colour. The background music is from the period and spot on.

The four higher value symbols represent four silent movies – Dr, Jekyll and Mr Hyde, A Trip to the Moon, A Muddy Romance and Keystone Kops; the lower values are a camera, a director’s chair, a clapperboard, a reel of film and a loudhailer.

The Silent Movie logo is wild, appears on reels two, three, four and five and will replace all others except the various bonus icons – they are movie posters from the four films mentioned above plus the ticket scatter symbol.

There are four free spins bonuses available and they are triggered by landing the ticket scatter symbol anywhere on reels two and three plus one of the movie posters on reel four:

Silent Movie is a nicely atmospheric slot with some well though out bonus features; we particularly like the inclusion of genuine film titles from the early days of cinema and this game comes with an RTP of between 92.66% and 96.51%.