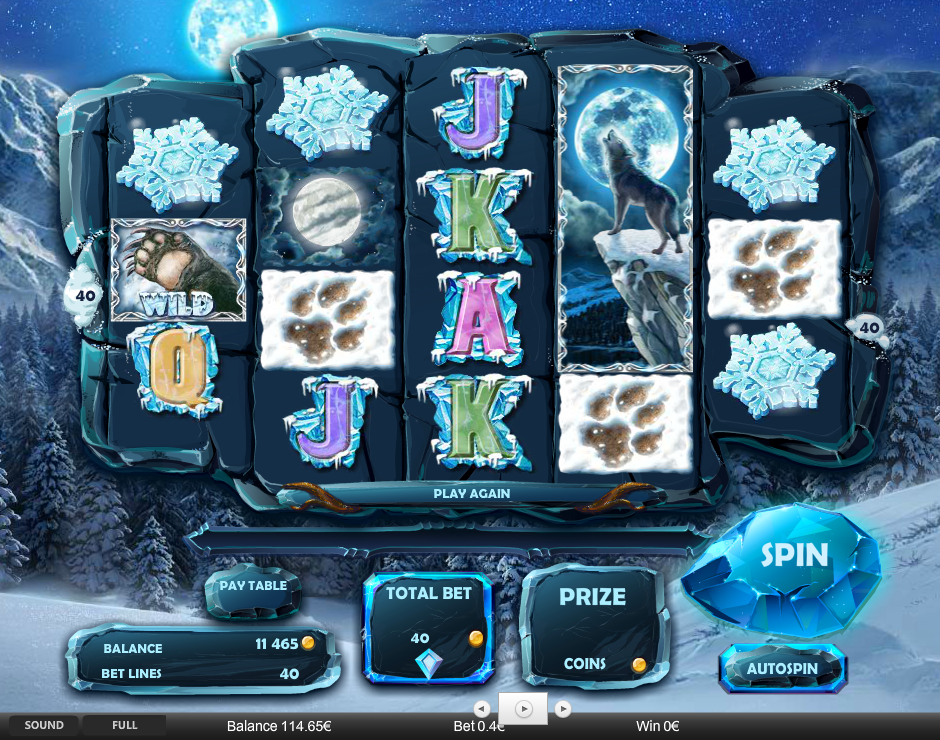 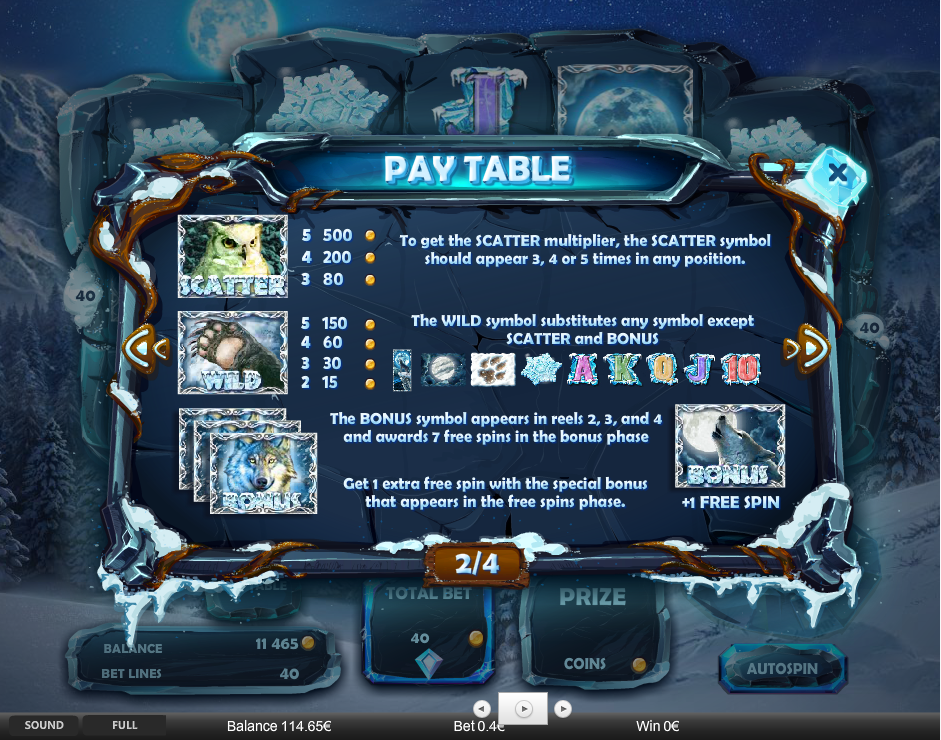 In real life a trip into some northern wilderness may not be the ideal holiday sojourn but in the virtual world of the online slot it’s generally a pleasure. Our latest visit is in the company of Siberian Wolf, a high quality game developed by Red Rake Gaming which includes a free spins feature – read all about it below.

Siberian Wolf is a five reel slot with variable rows and  and forty fixed paylines; those reels are encased in ice and sit against a backdrop of snow covered trees and mountains under a clear, moonlit sky.

There are four theme-related symbols and they comprise the howling wolf (which can be stacked), a full moon among the clouds, a wolf’s footprint and a close-up snowflake; lower values are represented by the standard 10, J, Q, K and a but encased in ice.

The wild symbols is a bear’s claw which will substitute for all others except the bonus – that’s a view of the wolf head on which appears only on reels two, three and four. There’s also an owl scatter symbol which pays in any position.

This is triggered by landing three of the wolf bonus symbols on reels two, three and four; you will initially receive seven free spins on a set of reels which include an extra wolf/moon bonus symbol. Each time you land that bonus wolf you will be awarded one extra spin which can only be good news.

Siberian Wolf is a very high quality slot with some great graphics and excellent animations; the gameplay is very enjoyable, there are some big wins to be had in the free spins round and an RTP of 95.40%.