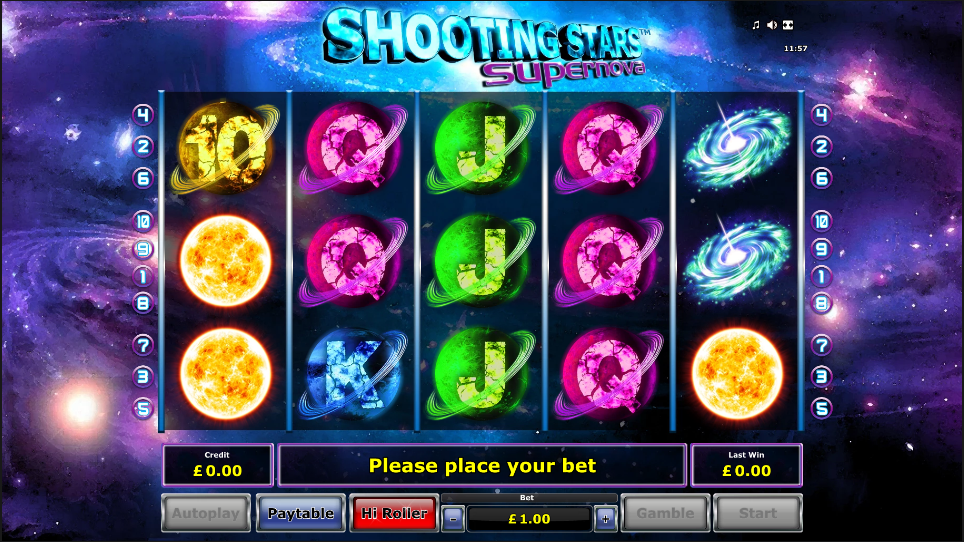 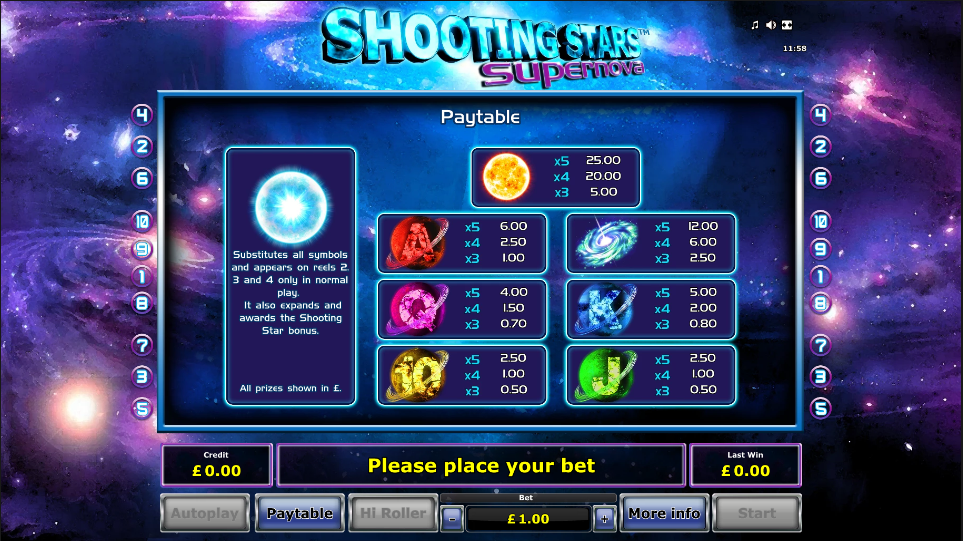 In space, no-one can hear the reels spin but that’s Ok because we’re playing this online slot in the comfort of our own earthbound surroundings and the sound is just fine; it’s called Shooting Stars Supernova, it’s developed by Novomatic and you can read all about it below.

Shooting Stars Supernova is a five reel slot with three reels and ten fixed paylines; all the symbols glow on the hi-tech reels while in the background there’s a view of swirling galaxies and twinkling stars.

The two higher value symbols are the burning golden star and the supernova and they are joined by the standard 10, J, Q, K and A, each encased in a coloured, ringed planet.

The glowing blue star is wild, it appears on reels two, three and four and will substitute for all other symbols to form winning combinations.

This is triggered each time the wild star lands – it will expand to fill the entire reel and you’ll receive a free spin; the free spins will continue to be awarded as long as extra wilds appear on the reels.

Each time one of the supernova symbols (right) lands on the reels it will explode to leave either a random standard symbol or a wild in it’s wake.

Press that Hi Roller button below the reels to select a new stake of 5x or 10x your current stake for the following extra features:

If you’d like to gamble your most recent win in a 50/50 game of chance then just click the ‘Gamble’ button following your win.

You will now get to take part in a mini-game in which you predict whether the next playing card revealed will be red or black.  A win will double your money but as soon as you make the wrong choice you’ll lose it all and be sent back to the base game.

Shooting Stars Supernova offers a little bit more than the usual Novomatic fare and as a result it’s one of our favourites from this company; there are several bonus features, a chance to increase you bet for some extras and an RTP of 96.11%.