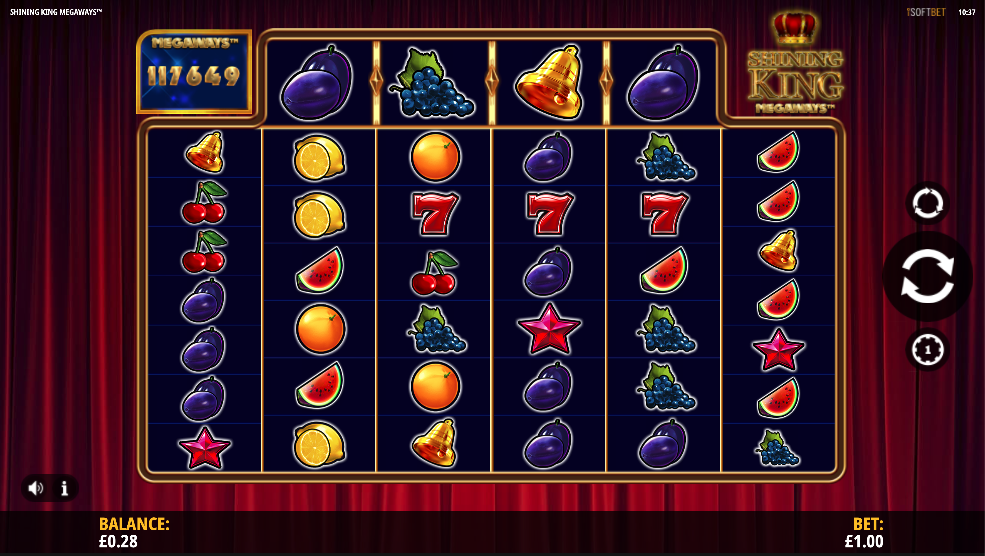 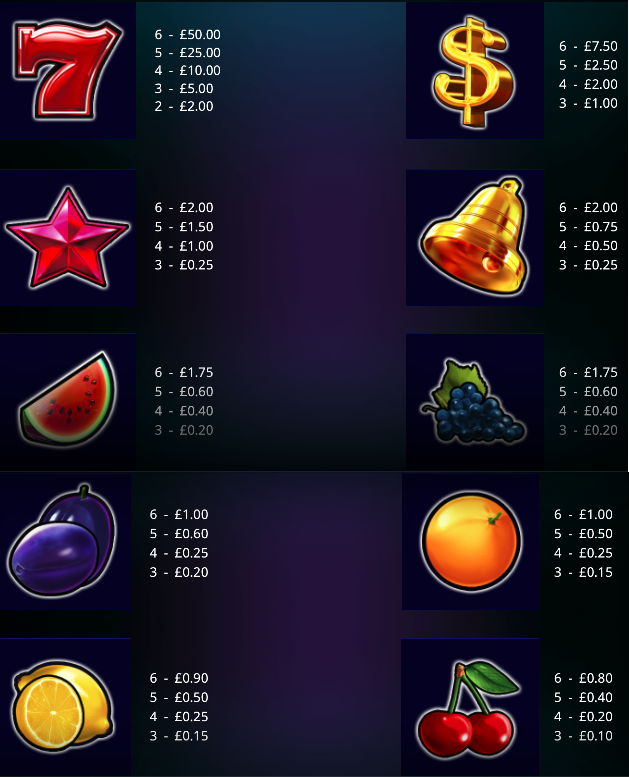 If fruit can be given a regal tinge then the result can be found in this online slot from iSoftBet; Shining King Megaways is the name of this game and from £0.20 per spin it offers players cascading reels, free spins, mystery symbols and more than one hundred thousand paylines.

Shining King Megaways is a six reel slot with up to seven rows and a possible 117,640 ways to win if all reels contain the maximum number of symbols/rows. The four symbols at the top move horizontally across the screen to complete the setup. A gold frame and red curtains in the background set the atmospheric scene.

The symbols are a familiar bunch and include red sevens, dollar signs, red stars, golden bells, watermelons, bunches of grapes, plums, oranges, lemons and cherries; the gold ‘Wild’ is wild, it appears only on the horizontal top reel and it will replace everything except for the crown bonus symbol.

Every symbol involved in a winning combination will disappear and be replaced by more falling in from above – more combos can then be formed to continue the winning.

Symbols displaying a question mark can land on any spin and they’ll then transform into matching standard symbols, hopefully resulting in a win.

Landing four of the crown bonus symbols anywhere in view will award 12 free spins with each extra crown adding 5 spins to that total up to a maximum of 27. During this round the crown only appear on the horizontal reel and landing three or four there will award and extra 5 or 10 spins.

Each successful cascade during this round will increase the win multiplier by 1x with no maximum.

Shining King Megaways doesn’t really add much to what’s already out there but hey, it’s got cascading reels, free spins and loads of paylines so there’s not too much to complain about. The increasing multiplier in the free spins is a nice touch too.