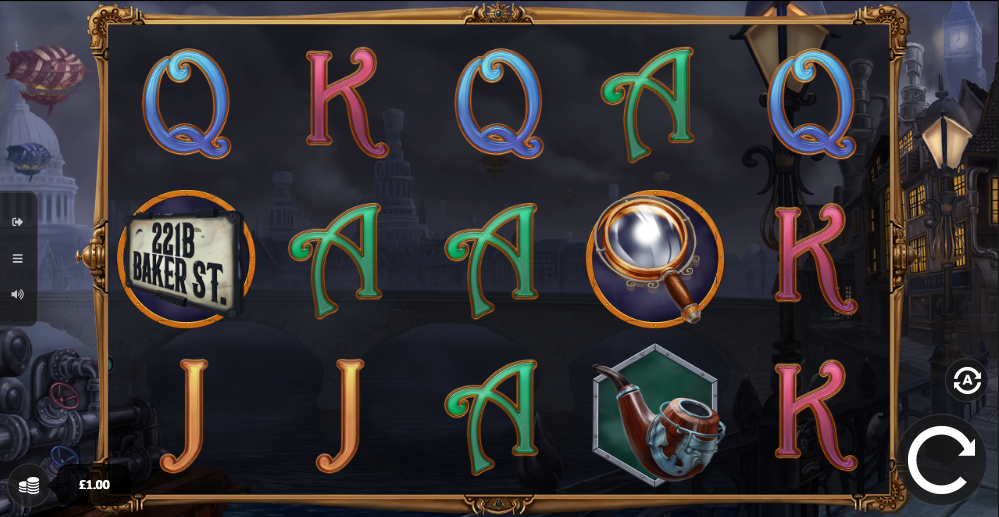 He’s the fictional detective responsible for solving some of Victorian England’s most devious crimes and he arrives on the reels now courtesy of 1×2 Gaming and an online slot called Sherlock’s Casebook; join him and Dr. Watson at 221B Baker Street to grab yourself some free spins and big wins.

Sherlock’s Casebook is a five reel slot with three rows and twenty five fixed paylines; there’s a jaunty musical soundtrack to accompany your gameplay which takes place on gold reels in front of a gloomy vista of London complete with Big Ben, St. Pauls Cathedral and a couple of airships. 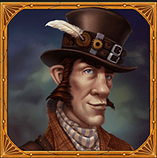 The theme-related symbols include the famous address, a magnifying glass, a complicated-looking gun, a violin, a pipe and the deerstalker hat; J, Q, K and A make up the lower values.

Sherlock himself is wild, he’ll replace all other standard symbols to help form winning combos and he’ll also expand to fill the whole reel when he appears; the royal lady (Queen Victoria?) is the scatter symbol which activates the main feature. 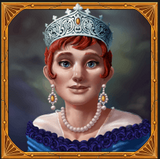 This is triggered by landing three, four or five of the royal lady scatter symbols anywhere in view for which you will receive 10, 15 or 20 free spins respectively; this round is where Dr. Watson turns up and he acts as an extra wild symbol – he’ll also lock in place for the next spin to try and help a little bit more.

The scatter symbol doesn’t appear in this round so retriggering more spins is not possible.

Sherlock’s Casebook is probably one of the least complex Sherlock-themed slots we’ve come across but keeping things simple is never a bad thing; it creates an effective, foggy Victorian atmosphere with plenty of free spins tokeep things interesting.