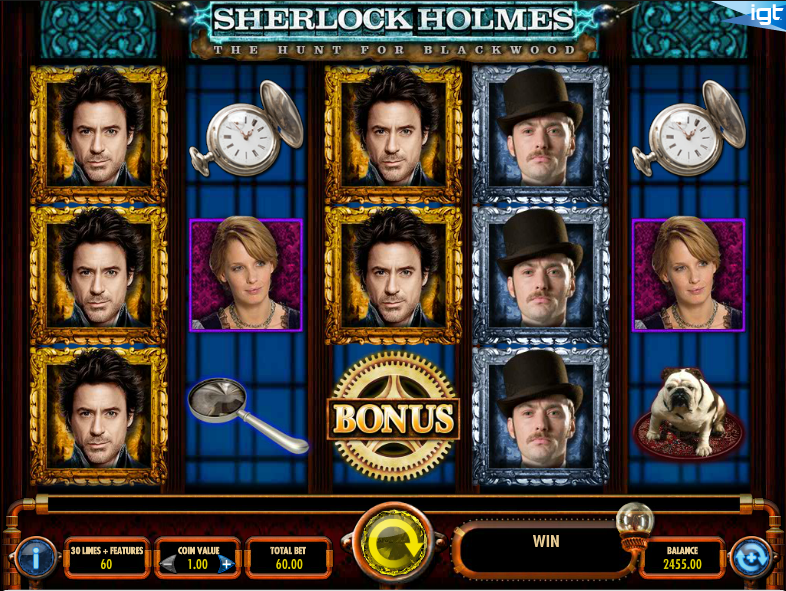 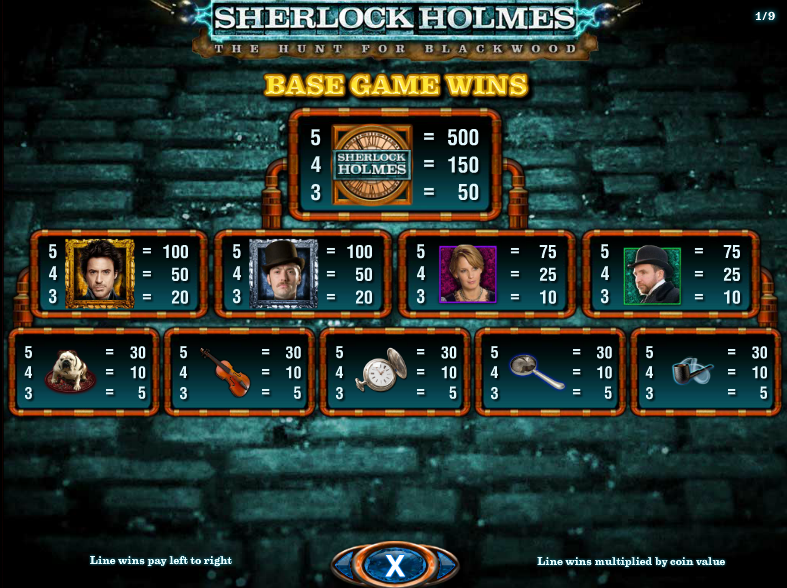 Online slots fans are no stranger to the adventures of Sherlock Holmes and his trusty companion Dr. Watson; we’ve reviewed a number of games based on Arthur Conan Doyle’s character in the past and now there’s one more to add to that list. It’s called Sherlock Holmes – The Hunt For Blackwood and it’s based on Guy Ritchie’s 2009 film starring Robert Downey Jr. and Jude Law.

Sherlock Holmes is a five reel slot with four rows and thirty fixed paylines; there’s a familiar IGT design here with large reels obscuring any chance of seeing the backdrop.

All the symbols are related to the theme and include the game’s logo, Sherlock, Watson, Irene Adler, Inspector Lestrade, the dog, Holmes’ violin, his stopwatch, magnifying glass and pipe.

In the base game there is no wild symbol but there’s a bonus icon represented by the cog logo.

This can occur randomly in the base game and any Holmes or Watson symbols can combine to form one which is worth 3x as much as the individuals.

Another base game bonus – you may randomly be awarded a multiplier of up to 10x your win.

This is the main feature and it’s triggered by landing three of the cog bonus symbols on reels one, three and five. You will now play a picking game in Sherlock’s room where you must pick five objects to collect cash prizes or 3/4 matching items that will enter you into the following rounds:

A different range of symbols are used during the free spins but still Sherlock-themed.

The Hunt for Blackwood is big and bold with some interesting and lucrative bonus features; there’s an appropriately dramatic soundtrack and some high quality graphics so give it a go – it has an RTP of between 93.24% and 96.39%.