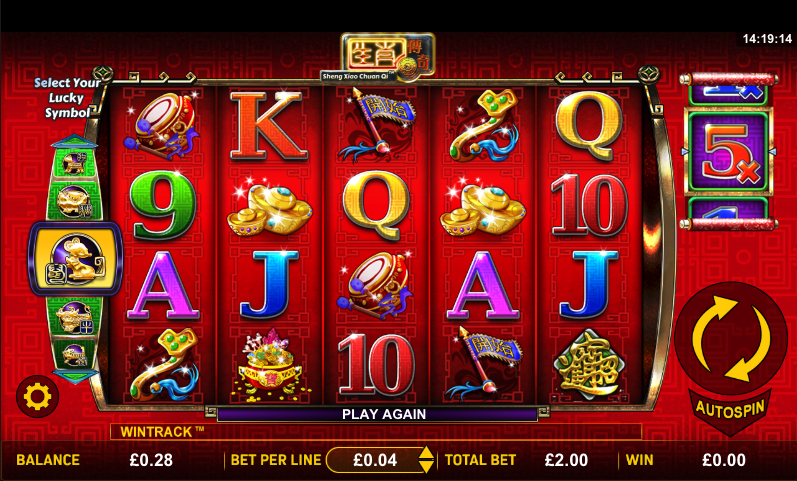 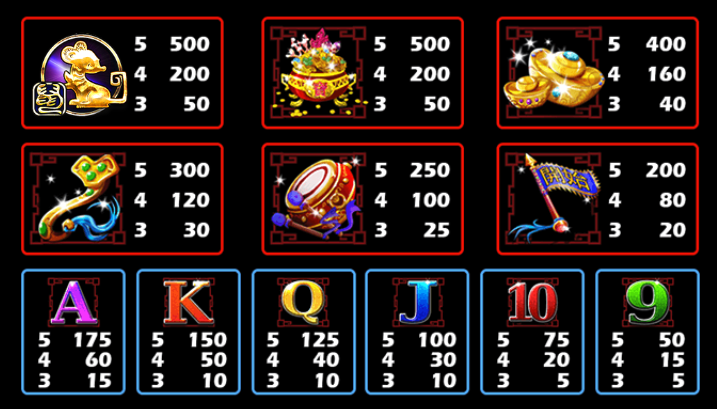 Let us now present an online slot machine themed on the legends of the Chinese zodiac – it’s called Sheng Xiao Chuan Qi, it’s developed by Aspect Gaming and its oriental influences shine through in the gameplay and the free spins bonus round.

Sheng Xiao Chuan Qi is a five reel slot with four rows and fifty fixed paylines; red is the dominant colour here and it and it bleeds through from the background behind those transparent reels. We’ll explain shortly about bonus Sixth Reel but you can pick your own wild symbol using the wheel to the left of the reels.

The high value symbols include a variety of gold animals, a bowl of jewels, gold ingots, a drum and a flag; 9, 10, J, Q, K and A represent the lower values.

The golden pig is wild and it will substitute for all others to help form winning combos except for the golden character scatter symbol.

The sixth reel on the right turns on each spin to reveal one of the following features:

This is triggered by landing at least three of the golden character scatter symbols anywhere in view for which you will receive an initial eight free spins. It can also be triggered from the Sixth Reel and retriggered via the same two methods.

During the spins the Sixth Reel will have slightly enhanced values on display.

Sheng Xiao Chuan Qi is a nice addition to the many slots with a Chinese theme already out there; it’s a cute addition to be able to pick your own zodiac animal as the wild symbol and the Sixth Reel also works well. This game comes with an RTP of 94.99%.