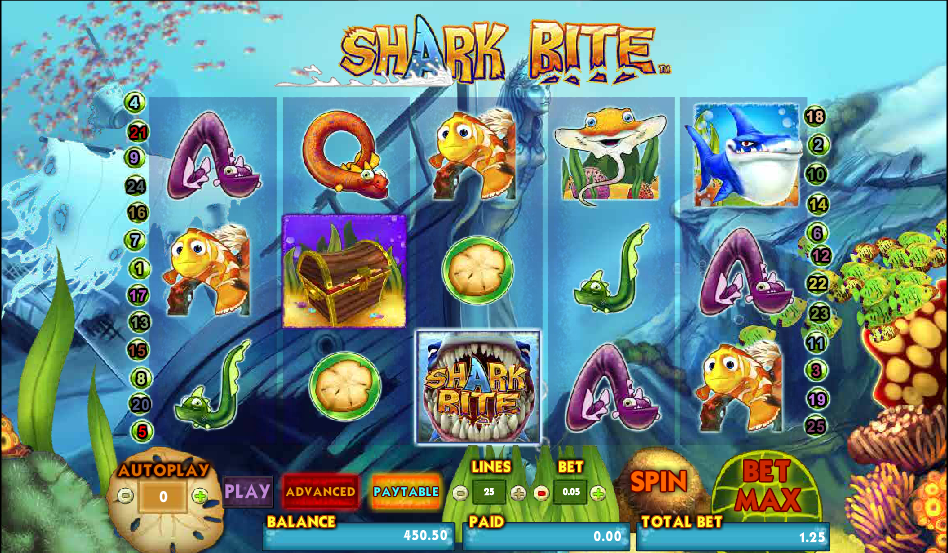 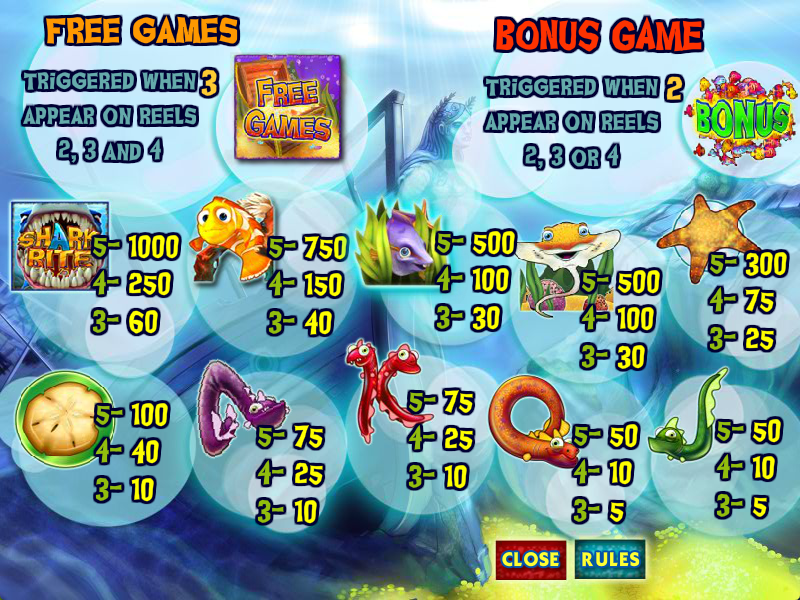 What we have here is another ocean-themed online slot to get one’s teeth into and that’s a very literal description because the name of this game is Shark Bite! It’s developed by NextGen Gaming and it includes lots of familiar undersea faces along with two bonus features – read all about it in the following review.

Shark Bite is a five reel slot with three rows and twenty five fixed paylines; unsurprisingly all the action is set deep beneath the ocean waves and there’s a shipwreck in the foreground around which bubbles rise and fish swim.

All the symbols are related to the theme and include the Shark Bite logo, fish of various descriptions, colourful electric eels and some plant life.

The wild symbol is a big blue shark, it appears only on reels two, three, four and five and it will substitute for all others except the ‘Bonus’ and ‘Free Games’ chest icons. The wild may also expand horizontally to the right to help form winning combos.

This is triggered by landing three of the Free Games treasure chest symbols anywhere on reels two, three and four; you will now receive ten free spins but now winning combos can be formed from right to left as well as left to right.

The spins can’t be re-triggered because the Free Games icon is now replaced by the Bonus symbol which only appears in this round; this means that you can now trigger the Feeding Frenzy feature.

This is only accessible by landing at least two of the Bonus symbols on reels two, three and four during the Free Spins round. It’s a basic picking game in which you select from one of the schools of fish on offer for a maximum multiplier of 30x your total stake.

Shark Bite doesn’t really add a great deal to the massed ranks of ocean-themed online slots already available but it’s certainly not the worst and it does come with two separate bonus features. It also has an RTP of 94.75%.