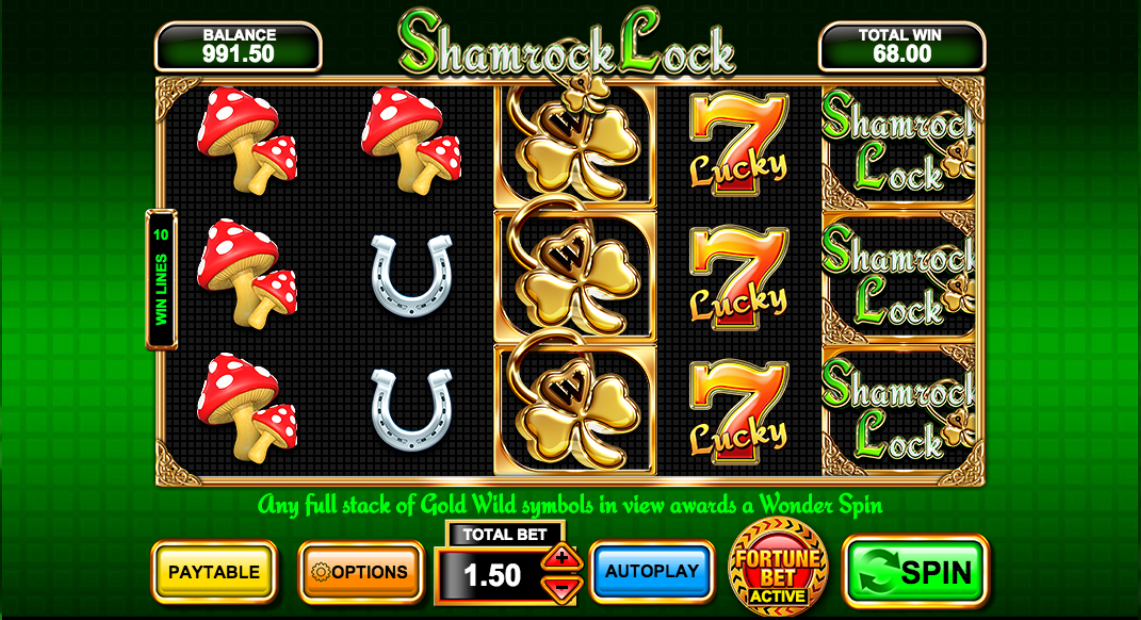 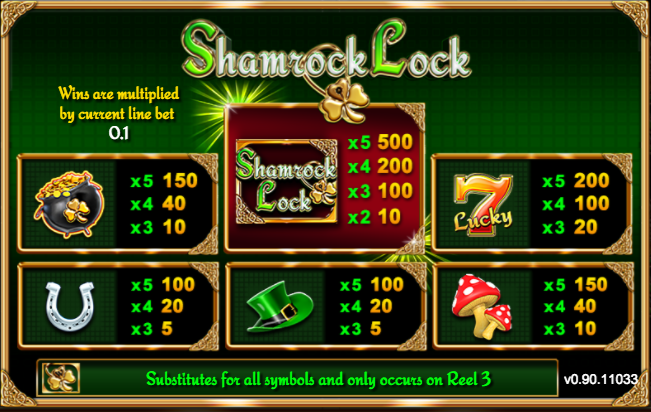 A visit to the Emerald Isle to check out an online slot machine is usually a pleasure and this release from Inspired Gaming looks like it ticks all the boxes in terms of an Irish-themed game – it’s called Shamrock Lock and you can find out how it works right here.

Shamrock Lock is a five reel slot with three rows and ten fixed paylines; gold rims with a Celtic braid encompass those reels and the symbols spin on a pixelated surface on which gold drips from top to bottom.

The symbols are all related to the theme and include a pot of gold, the game’s logo, a lucky seven, a silver horseshoe, a leprechaun’s hat and a couple of toadstools.

The wild symbol is a golden shamrock and it appears on reels three, substituting for all other symbols to form winning combinations.

This is triggered by landing a full stack of golden wild symbols on reel three and you’ll receive a free respin with wild stacks frozen in place on reels two and four; if you don’t manage a win then reels one, three and five will be completely wild for one more spin and a guaranteed win.

This is an optional extra bet which costs 1.5x your current stake and it will switch on a new feature, Lock ‘n’ Roll.

Lock ‘n’ Roll occurs randomly and reels one, two and three will lock together with identical symbols and a guaranteed win; if you’re lucky reels four and five will be added to the lock.

On any spin a mystery symbol can appear which will transform into one of the regular symbols, hopefully resulting in a win.

Shamrock Lock is a very playable addition to the massed ranks of Irish-themed slots and it’s good to have the option of increasing your bet for a better chance of winning; it’s also worth noting that the RTP increases from 95.00% to 96.50% with the Fortune Bet active.