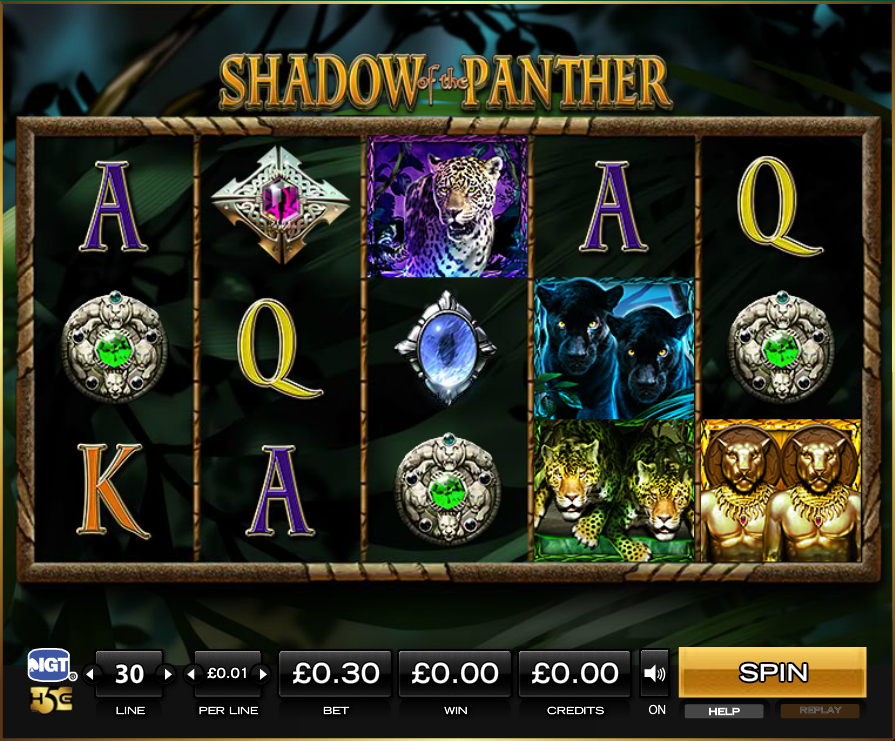 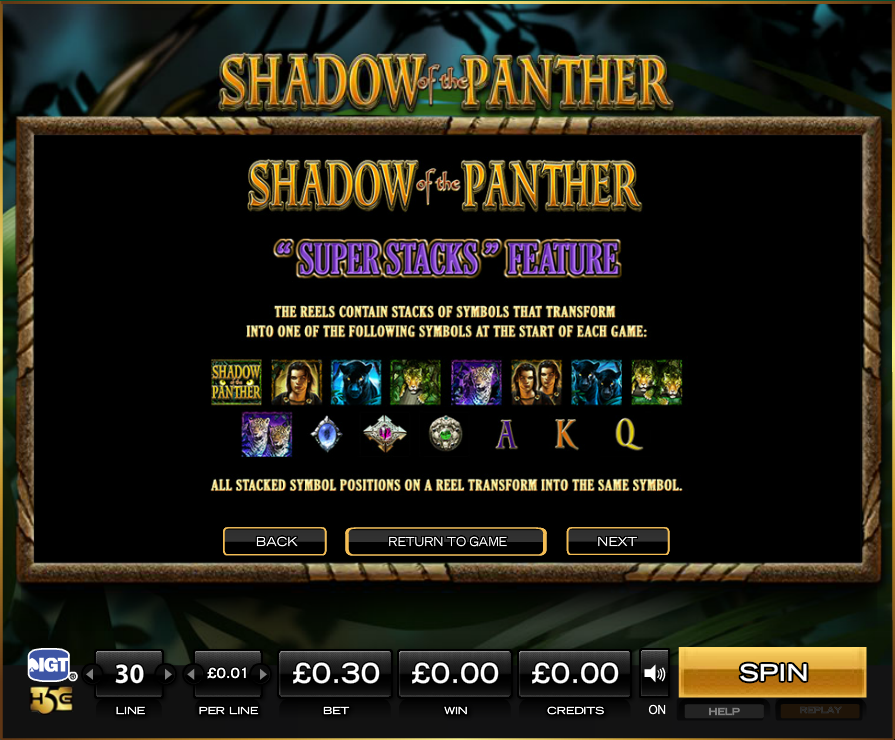 There’s a touch of mysticism about this atmospheric online slot from IGT; it’s called Shadow Of The Panther and it takes the player on a journey deep into the jungles of some unspecified region where we come face to face with this noble creature. Read the full review of this game below for more information about it’s bonus features and payouts.

Shadow Of The Panther is a five reel slot with three rows and up to thirty paylines; it’s rather a claustrophobic game which places the player in a dark jungle which is just about visible behind the carved reels.

The four high value icons are important here because each one has a matching symbol containing two of itself. For example there’s a panther symbol featuring one animal and a second one with two panthers; this means it’s possible to land sequences of ten matching symbols if you’re really lucky. The others are a tribesman, a leopard and a jaguar. The lower values are three items of jewellers and then Q, K and A.

The Shadow Of The Panther logo is wild and will act as a double symbol if it contributes to a combo including high value symbols. The golden, panther-headed figure is the scatter which activates the main feature.

At the start of each spin one symbols is selected (except the scatter) which transforms into a matching stack on the reels. This can lead to some big wins especially if the wild and/or double symbols are involved.

This is triggered by landing at least five of the golden scatter symbols anywhere in view; this is not as hard as it sounds because of the double symbols and you will earn the following:

This is a fairly basic free spins round – there’s no win multiplier and it’s not possible to re-trigger them from within this round.

Shadow Of The Panther offers something a little different with the Superstacks and the double symbols; it also creates a brooding atmosphere which adds a little extra to proceedings. The RTP is an Ok 94.90%.