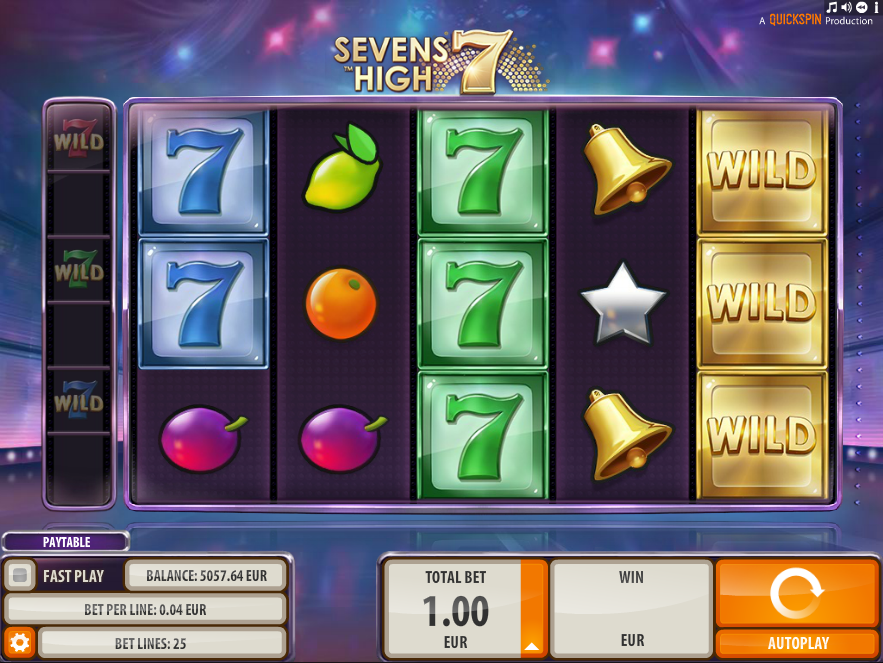 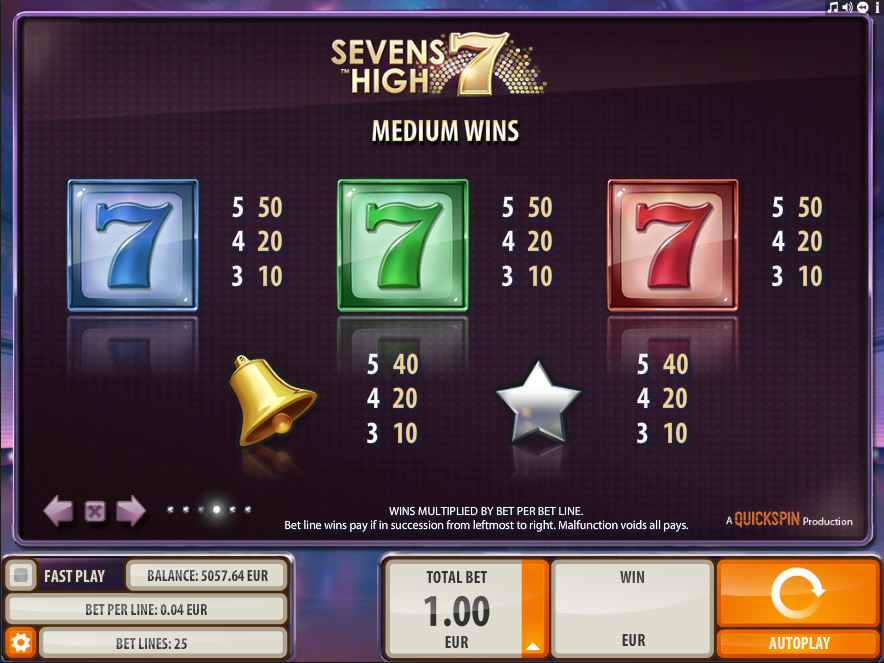 Quickspin Gaming have a back catalogue containing some very high quality online slots and Sevens High is definitely one more to add to that list. It’s big and glossy but it’s fruity symbols link it to more traditional times. It has a base game feature and free spins so check out the following review for more information.

Sevens High is a five reel slot with three rows and twenty five fixed paylines; we’ve already described it as glossy but that doesn’t do justice to the lights and sparkles which should really be viewed on an HD monitor.

The symbols are all of a traditional nature and include blue/green/red sevens, bells, silver stars, cherries, oranges, limes and plums.

The big gold ‘Wild’ symbol is wild while the glitter ball thing is the scatter which activates the main feature.

Much of the action revolves around the Wild Meter to the left of the reels and during the base game this is kicked into life by landing any win. One win will fill up the bottom of the six segments on the meter and you will receive one free respin.

As long as you keep winning, the meter will keep filling up and as you pass each ‘7 Wild’ marker that colour seven will become wild on the reels. Ultimately if you make it to the top after six wins, sevens of all three colours will be wild. As soon as you land a non-winning spin the meter will reset to zero.

This is triggered by landing three of the scatter symbols anywhere on reels one, two or three; initially you will receive ten free spins but once again the Wild Meter becomes active. This time, the meter never drops so it climbs quickly with each win and not only do the sevens become wild, you receive two more spins for each two segments climbed.

There’s a maximum of sixteen free spins and you can see it all in action in the video above.

Sevens High is another top notch release from Quickspin Gaming and it’s the sort of game which makes you want to set the Autoplay to a high number and watch it all unfold. The RTP is a perfectly respectable 96.50%.