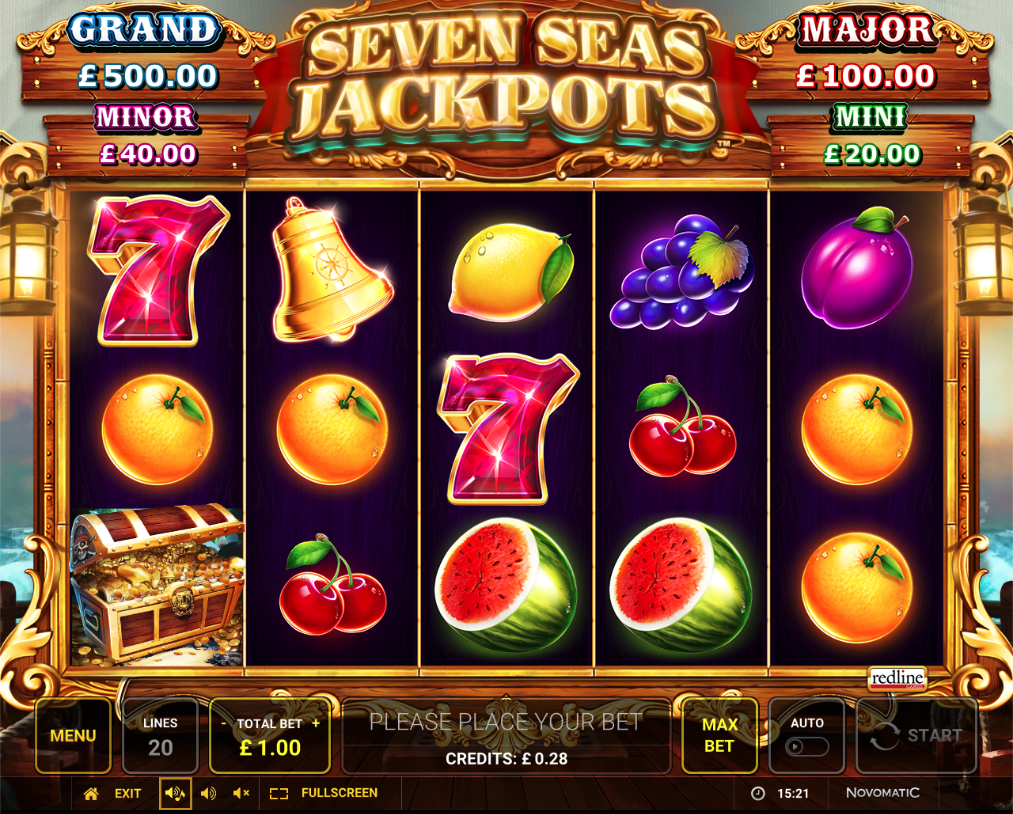 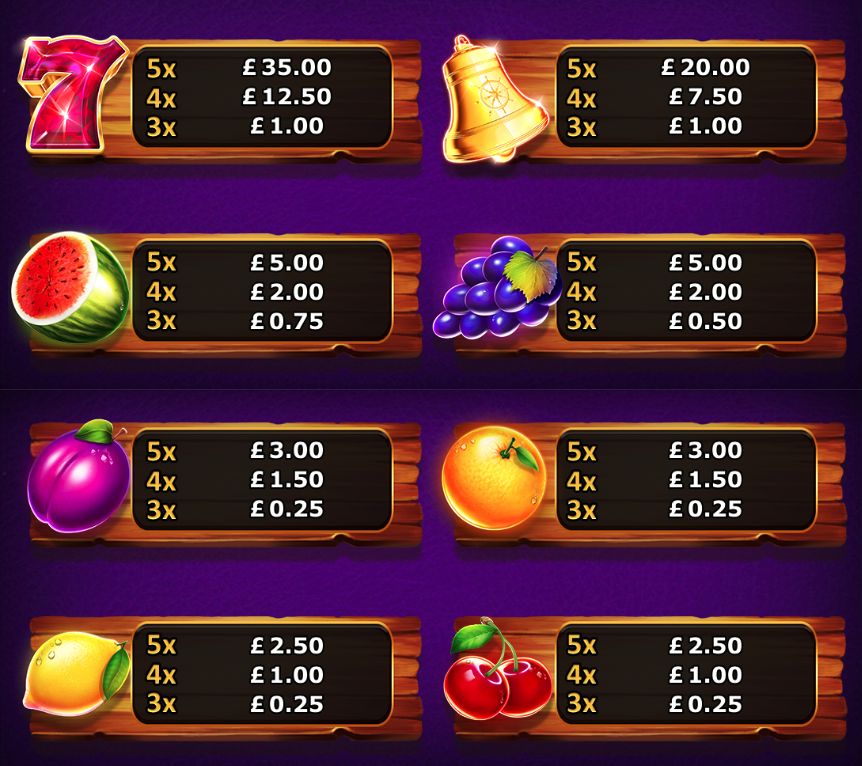 Piracy on the high seas is a recurring theme of various online slot machines and in this outing we get to try out Seven Seas Jackpots, a releases from Novomatic/Greentube with expanding wild symbols, free spins and a jackpot prize of 500x your stake.

Seven Seas Jackpots is a five reel slot with three rows and twenty fixed paylines; those reels are spinning on the prow of a ship as it sails along as part of a fleet on the choppy waves.

The symbols are a fairly traditional bunch and include sparkling red sevens, golden bells, watermelons, bunches of grapes, plums, oranges, lemons and cherries; the pirate captain is wild, she appears on reels two, three and four and she’ll expand to fill all positions on her reel to form winning combinations. the coin and the treasure chest are the bonus symbols.

This is triggered by landing at least five coins anywhere in view in the base game or a giant coin in the free spins; the coins will lock in place and you’ll now receive three free spins which will reset to three each time a new coin lands. When there are no new coins or all positions are full you’ll receive the total of the amounts shown on those coins. This is also where the jackpots can be won if any coins display the Mini, Minor of Major Jackpots.

Filling all positions will award the Grand Jackpot of 500x the stake.

There’s nothing particularly inventive here and we’ve seen both features plenty of times before but hey – there’s pirates, there’s some welcome diversity with a female captain and it all looks nice so why not stop by?