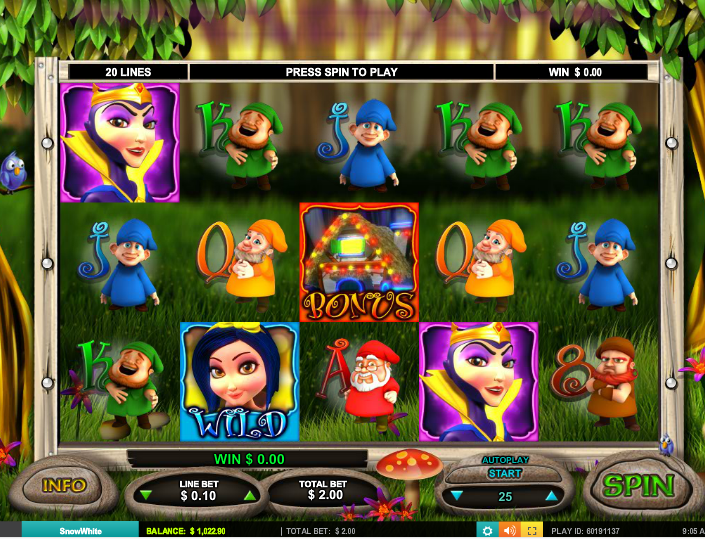 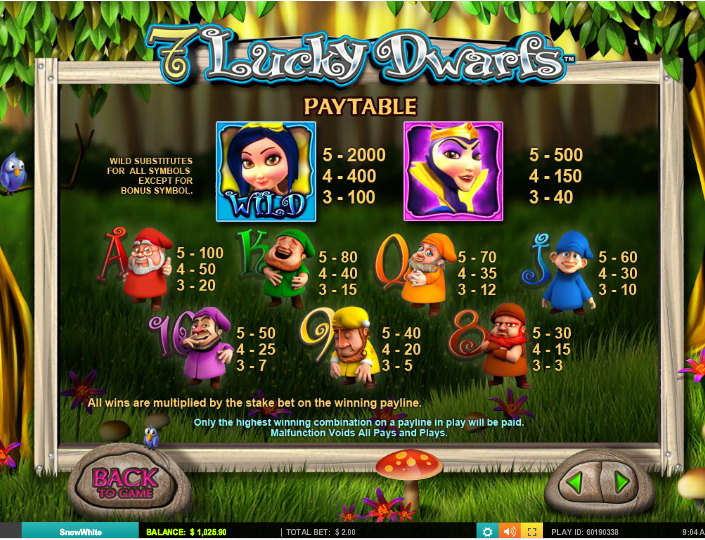 It’s time to revisit the land of fantasy and fairytales as we check out this high quality online slot from Leander Games. It’s called Seven lucky Dwarfs and it is of course based on the story of Snow White, her little gang of dwarfs and her battle against The Queen. Several bonus features mean this is a game worth checking out.

Seven Lucky Dwarfs is a five reel slot with three rows and twenty fixed paylines; it’s all set in Snow White’s woodland environment and the reels spin within a bare wooden frame.

There are eight base game symbols comprising The Queen and the dwarfs – Doc, Grumpy, Happy, Sleepy, Bashful, Sneezy and Dopey.

Snow White is the wild symbol which substitutes for everything except the bonus icon. The bonus symbol is Snow White’s house and appears only on reels one, three and five.

Landing three of Snow White’s house anywhere on reels one, three and five will trigger the main feature and you will be awarded one of two bonus games:

Reels one, four and five can appear mirrored and this has the effect of copying the symbol on reel two onto those three reels, increasing the chances of matching five symbols.

Seven Lucky Dwarfs is another high quality and enjoyable slot from Leander Games; it’s low variance meaning lots of smaller wins and our experience suggest that it’s easy to trigger the bonus features. There’s an RTP of 95.31%.