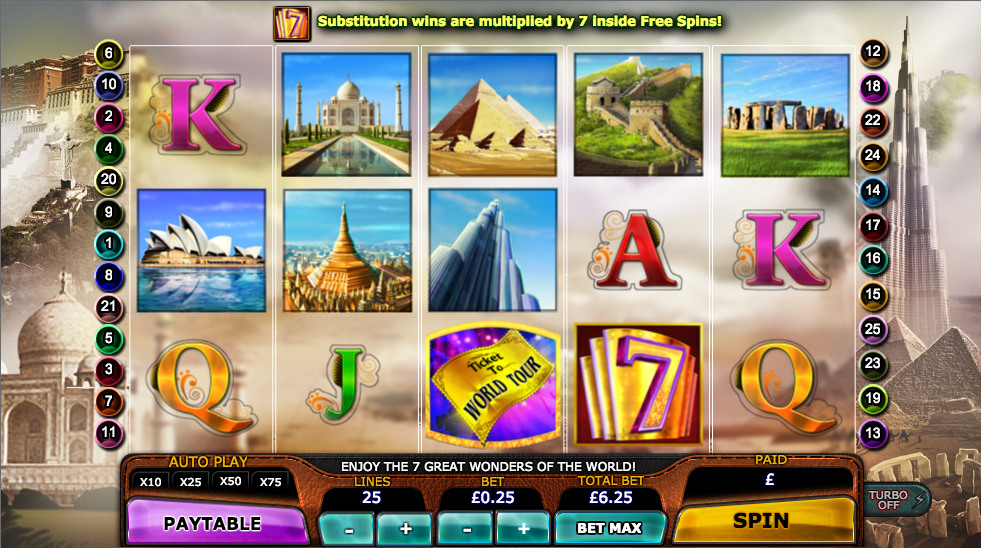 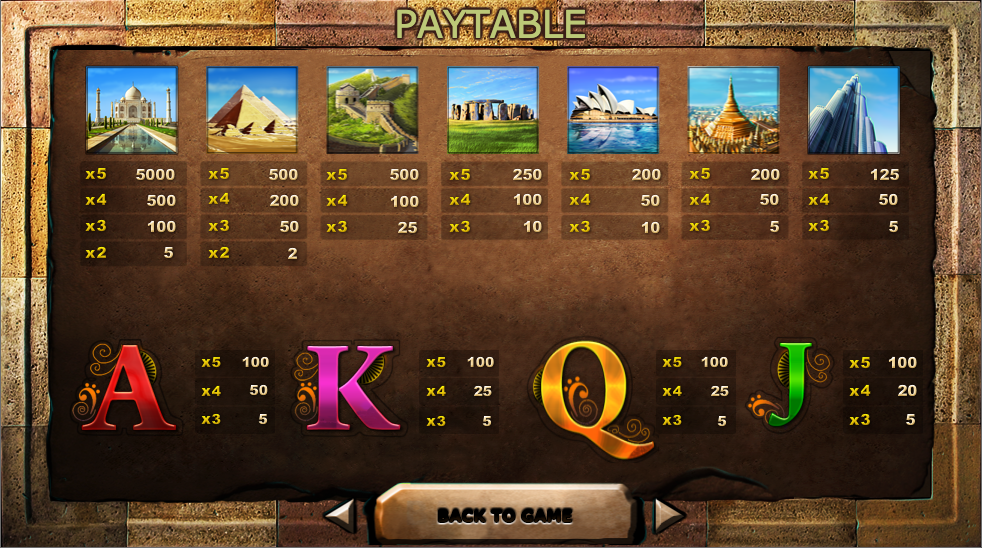 Of the original seven wonders of the ancient world only the Great Pyramid of Giza still stands so perhaps it’s only right that we should attempt to name seven more existing structures to take their place. That’s the premise behind this online slot from Random Logic; it’s called Seven Great Wonders Of The World so read the full review below for more information.

Seven Great Wonders Of The World is a five reel slot with three rows and up to twenty five paylines; the backdrop to the reels contains various ‘wonders’ and sharp-eyed players will notice one that is not included as one of the symbols – the Potala in Tibet’s capital, Lhasa.

There are seven high value symbols and of course these are the ones picked as wonders by Random Logic – the Taj Mahal, the Great Pyramid of Giza, the Great Wall of China, Stonehenge the Sydney Opera House, the Shwedagon Pagoda in Rangoon (we think) and the Petronas Towers in Kuala Lumpur. J, Q, K and A make up the lower values.

The wild symbol is the big gold ‘7’ which substitutes for everything except the scatter; it appears only on reels two, three and four and it will also expand to fill an entire reel if it can help form a winning combination. The golden ticket is the scatter which triggers the feature.

This bonus is triggered by landing three or more of the golden ticket scatter symbols anywhere in view. You will now receive twelve free spins and while there’s no multiplier for all wins, any win featuring a wild symbols will be multiplied by 7x.

More spins can be triggered by landing three+ scatter symbols during this round – check it out in the video above.

Seven Great Wonders Of The World is a reasonably standard slot with an inventive theme which can certainly be a conversation starter. It’s worth a few spins we think and it has an RTP of 96.01%.