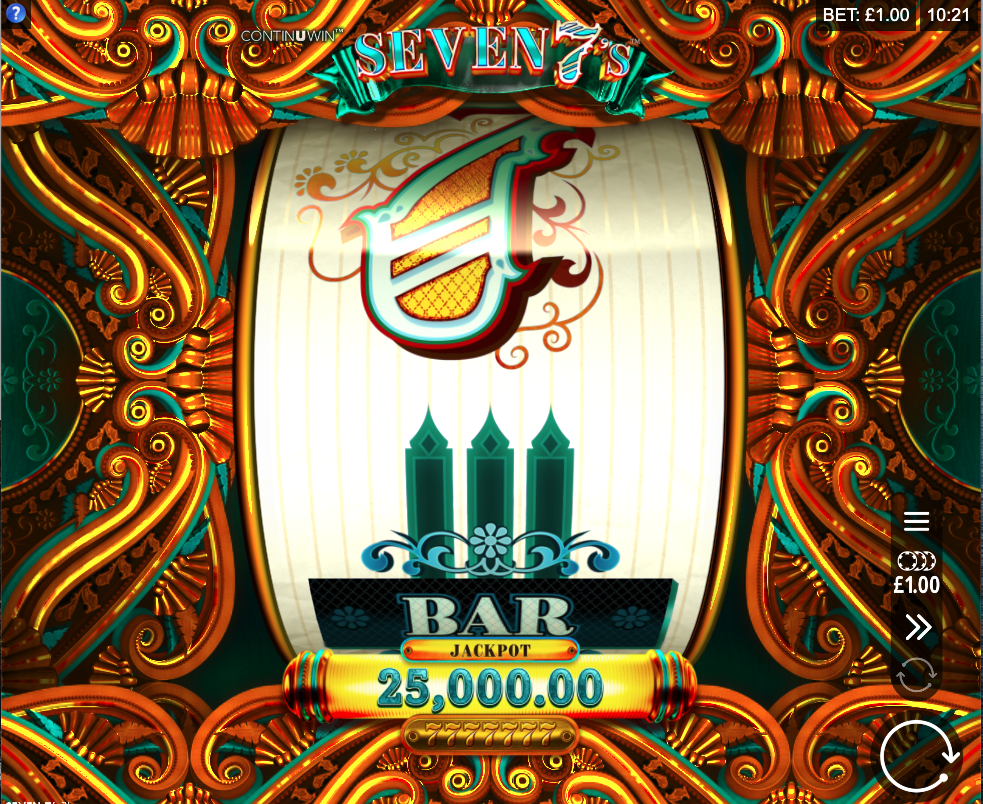 We’re always on the lookout for something a little different and here we seem to have found it in the shape of Seven 7s, an online slot machine from Crazy Tooth Studios/Microgaming and its Continuwin payline structure; it may look like a one reel, one row game but read on to find out why it offers much more than that.

On initial appearances Seven 7s is a one reel slot with one row and not much possibility to win anything – it’s incredibly ornate with that single reel surrounded by gleaming gold and the top jackpot prize of 25,000x the stake shown below.

Symbols are at a premium here and in fact there are just three – the blue and golden seven, the 2x wild multiplier which will replace the seven to help form winning combinations and finally the Bar symbol which doesn’t pay out at all.

Let’s talk about the gameplay then and the big question is how does it all work and how does one win any money? Quite simply landing a seven on the sole symbol position adds a new reel – on the next spin a seven or a 2x wild will add another reel and so on until the maximum seven reels are obtained. 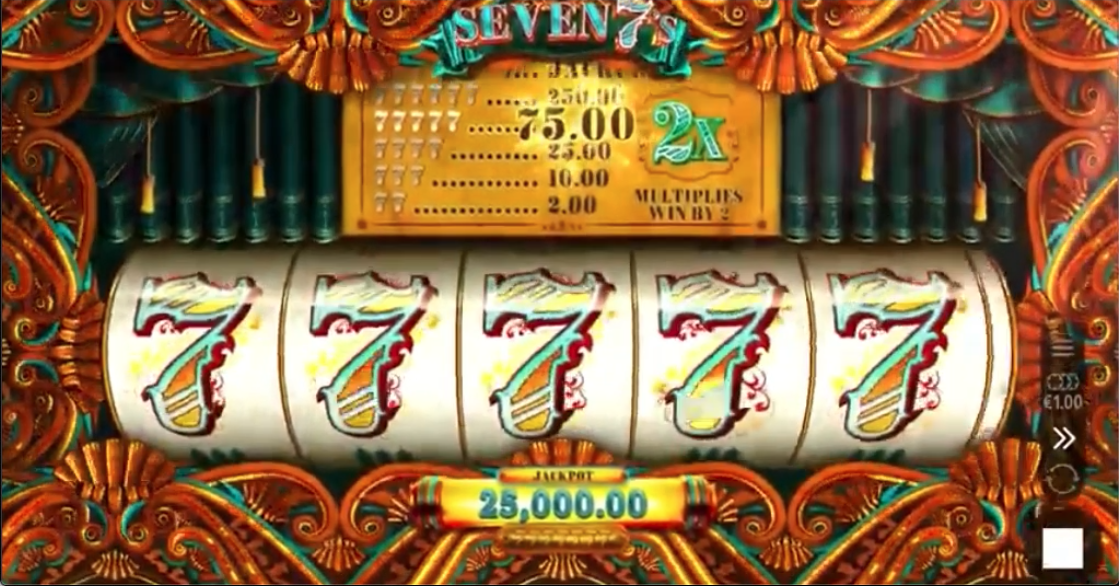 Wins can be formed with anywhere between two and seven symbols and the wild symbol appears on all reels except for one and seven.

If you can land seven sevens/wilds on all reels then the top prize of 25,000x the stake is the prize but the reels will reset to the starting position if no further sevens or wilds land.

The Conituwin payline structure is certainly clever and works well to to turn a simple-looking slot into one with a bit more complexity and excitement – this game may not be for everyone but everyone should at least give it a try.