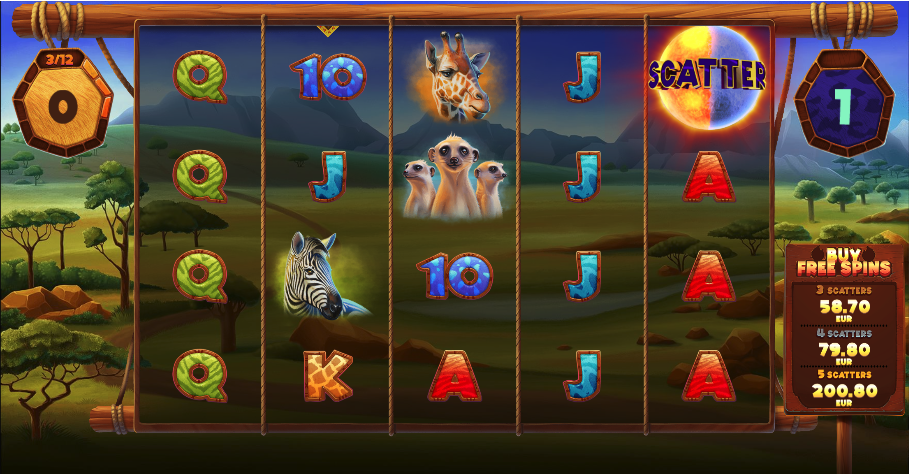 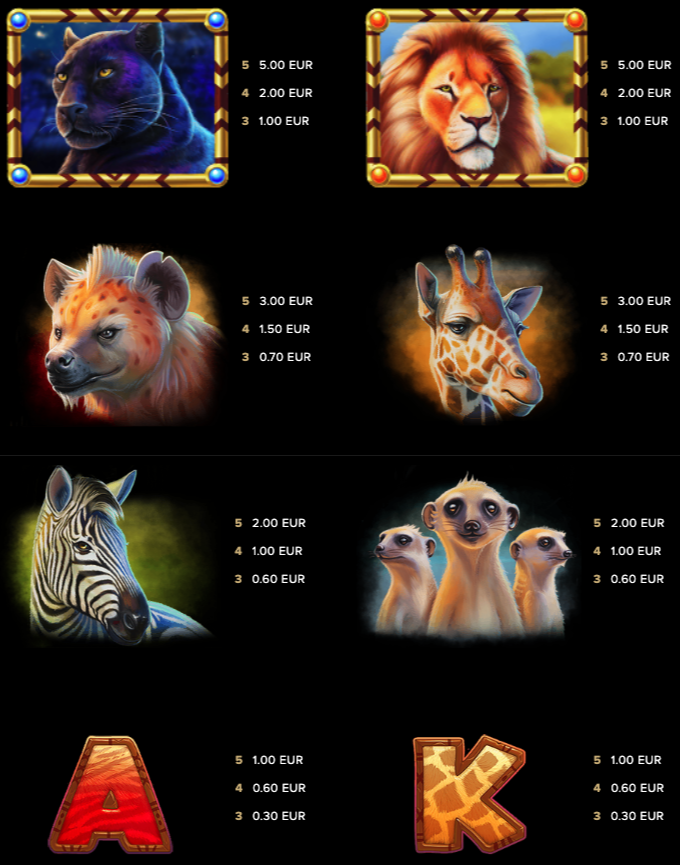 A trip to the vast plains of Africa awaits players tempted by this animal-themed online slot machine Net Entertainment; it’s called Serengeti Kings and it feature all our favourite wild animals along with free spins, collectible lions and panthers and an opportunity to buy into the main feature.

Serengeti Kings is a five reel slot with four rows and twenty six fixed paylines; those reels are strung between two horizontal trunks with a backdrop consisting of verdant grassland, trees, rocks and silhouetted mountains in the distance.

The high value symbols include the lion, the panther, the hyena, the giraffe, the zebra and the group of meerkats; 10, J, Q, K and A represent the lower values.

The setting sun is wild and it will replace all standard symbols to help form winning combos; the lion, the panther and the sun/moon symbols are special.

Serengeti Kings is based on a twelve hour day which translates into twelve lion spins followed by twelve panther spins during gameplay; your task is to collect these animals during their respective spins and on the final one they will be placed back onto the reels. They are still evaluated as standard symbols unless they land on the same position as specific others:

All multipliers on the same payline will be added together.

Landing at least three of the sun/moon scatter symbols anywhere in view will award twelve free spins; triggering with three, four or five scatters will begin this round with the following:

On the final spin all lions and panthers are placed back onto the reels for some (hopefully) big wins.

If you’re a bit impatient you can buy your way into the free spins round for the costs displayed on the right hand side.

Serengeti Kings is a slot with plenty of refreshing innovation, especially the lion and panther spins timed against a twenty four hour day – the lion spins take place during the day and the panther spins at night. It’s a very high quality game and as impressive as we’ve come to expect from Net Entertainment.