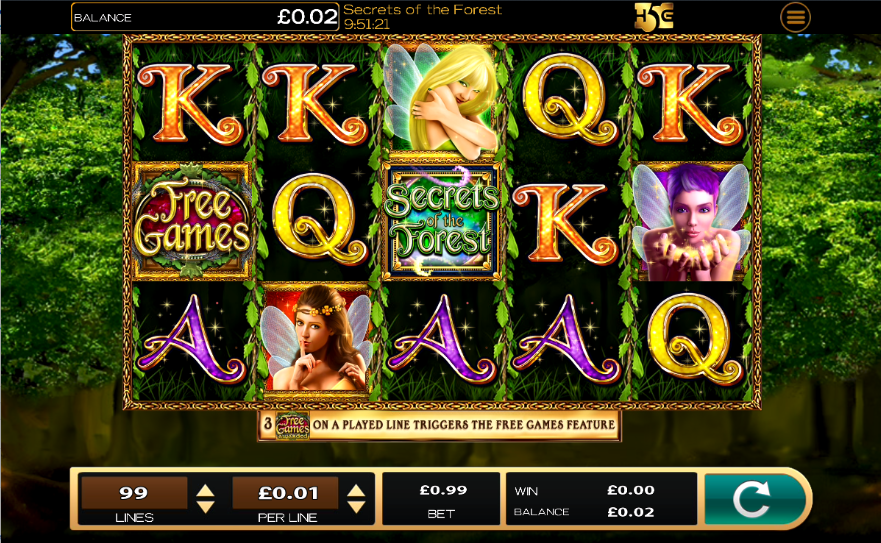 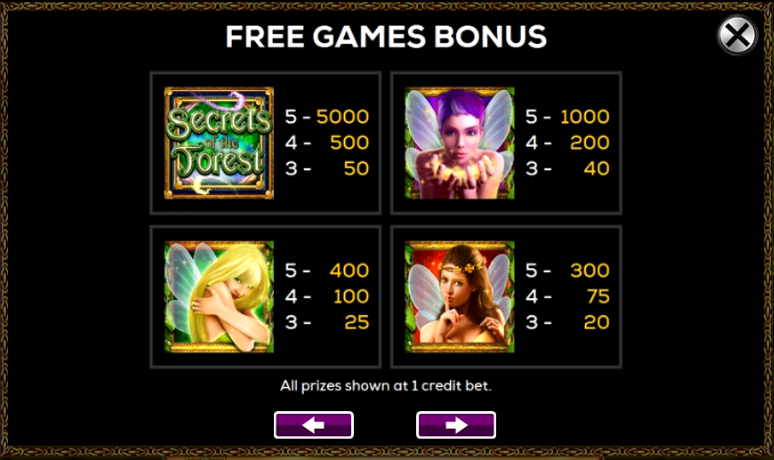 Fairies rarely stray far from the woods so that’s where we’re going to check out this online slot from High 5 Games; it’s called Secrets of the Forest and it comes with plenty of fairytale free spins along with the Tumbling Reels feature.

Secrets of the Forest is a five reel slot with three rows and and up to ninety nine paylines; there’s a delicate golden border around those reels which float against a forest backdrop.

The higher value symbols are the game’s logo along with three fairies – one with purple hair, one blonde and one brown; Q, K and A represent the lower values.

The wild is a big ‘Wild’ which will substitute for all others to help form winning combos and it appears only on reels one, two and three in the base game. The Free Games icon is the bonus symbol.

This is triggered by landing three Free Games bonus symbols on an active payline on reels one, two and three and you’ll receive between one and four free spins; if there are more symbols and combos on the same spin you’ll receive more spins respectively but it’s not possible to retrigger the feature from within this round. An extra wild appears on reels two, three and four during the spins.

This is a feature we always like and it sees the symbols in any winning combo disappear to be replaced by more falling in from above – the new symbols can contribute to more wins and this process continues until there are no more matches.

Secrets of the Forest is a slot made very enjoyable by the inclusion of the Tumbling Reels feature but don’t forget about the free spins and enchanting graphics also; the twinkling soundtrack adds to the atmosphere and there’s an RTP of 94.90%.