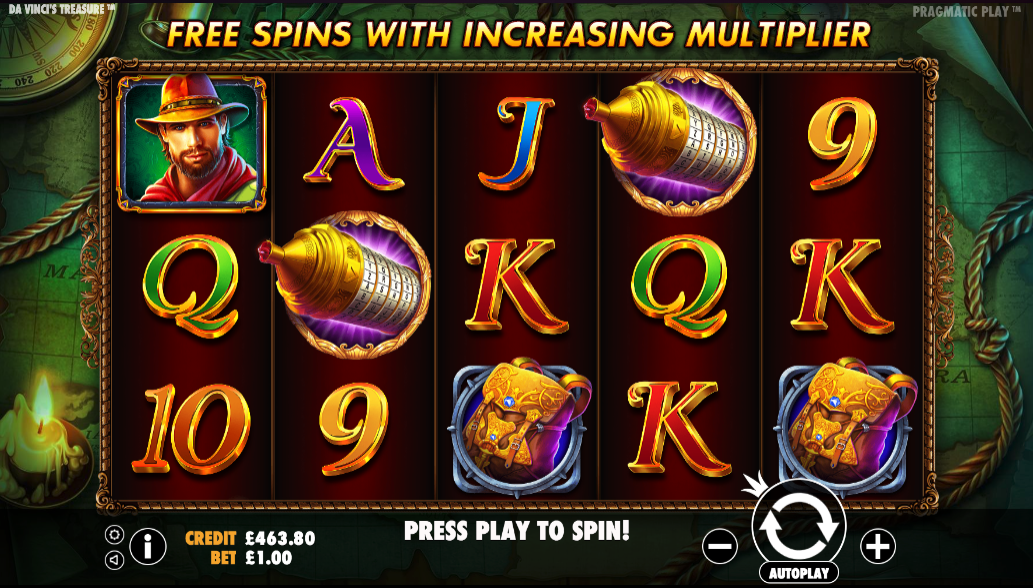 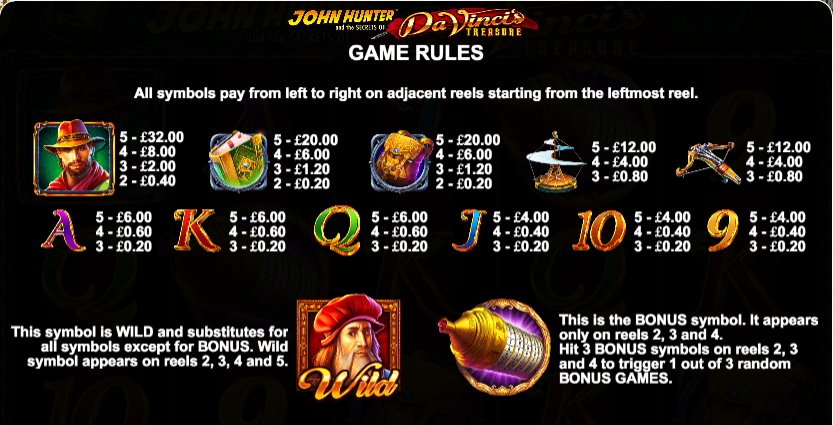 Ladies and gentlemen, we have a contender for the longest title of an online slot released so far – it’s full name is John Hunter and the Secrets of Da Vinci’s Treasure which is a mouthful worthy of the biggest of gobstoppers. It’s developed by Pragmatic Play and you can read all about it below.

Secrets of Da Vinci’s Treasure is a five reel slot with three rows and twenty five fixed paylines; those gold-rimmed reels float against a backdrop of an explorer’s paraphernalia – maps, compasses and the like.

The higher value symbols include John Hunter, a book, a crossbow, a backpack and a model of Da Vinci’s helicopter; 9, 10, J, Q, K and A represent the lower values.

Da Vinci himself is wild, he appears only on reels two, three, four and five and he’ll replace all others to help make winning matches except for the canister scatter symbol.

Trigger this by landing three of the canister scatter symbols anywhere on reels two, three and four; one of the following three features will now be picked at random for you:

Any win from the bonus features can be gambled with a potential prize of a 5x multiplier; just decide whether you want to try for 2x, 3x 4x or 5x but remember that the risk of losing it all increases with the multiplier value.

Secrets of Da Vinci’s Treasure is an enjoyable slot which mixes some historical fact with the fictional adventures of Mr Hunter; it’s seems a bit tricky to trigger the main feature but there’s some big win potential there when you do. This game comes with an RTP of 96.53%.