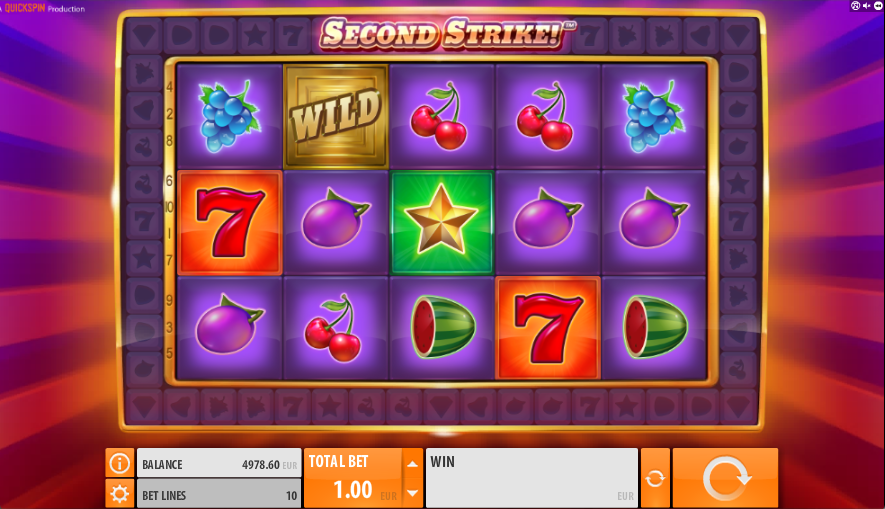 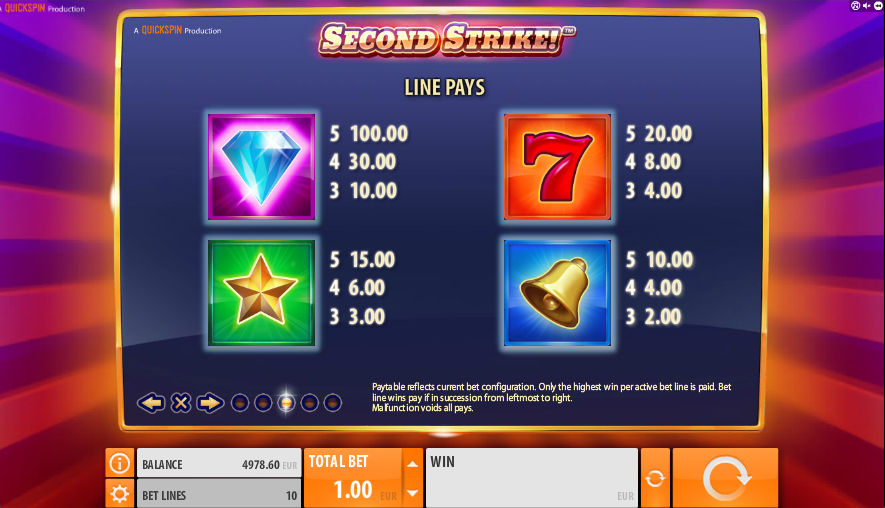 Genuine creativity can be a rare thing in the online slots industry so it’s always refreshing to play a game which offers something a little different in terms of gameplay and Second Strike! does just that. It’s developed by Quickspin and the title refers to the bonus feature which occurs each time you land a winning combo. It’s all explained in more detail below so keep reading for all the essential information.

Second Strike! is a five reel slot with three rows and ten fixed paylines; the design is recognisably Quickspin with plenty of high quality graphics and bright colours. There’s a hypnotic soundtrack which thankfully won’t have you reaching for the mute button.

The symbols on the reels are largely of a traditional nature and include a blue diamond, a gold star, a red seven, a bell, a watermelon, a bunch of grapes, a plum and of course some cherries.

The wild is represented by a big gold ‘Wild’ and it substitutes for all others; there is no scatter or bonus icon.

This is what the game’s all about and you will notice the ring of symbols which encircles the reels. Each time you land a winning combo in the base game, several of those outer symbols will be lit up; a light will then zoom around the ring and hopefully land on one of those highlighted.

If this happens (which is quite rare) at least six of the symbols which triggered the feature will be added to the reels and the win re-evaluated. The number of extra symbols added is determined by the number in the triggering win so:

Obviously a five symbol win plus ten more means that all positions on the reels will be matching and that means a big win.

Second Strike! is a lovely-looking game with some high quality graphics and an imaginative feature; it’s one of our current favourites and comes with an RTP of 96.22%.