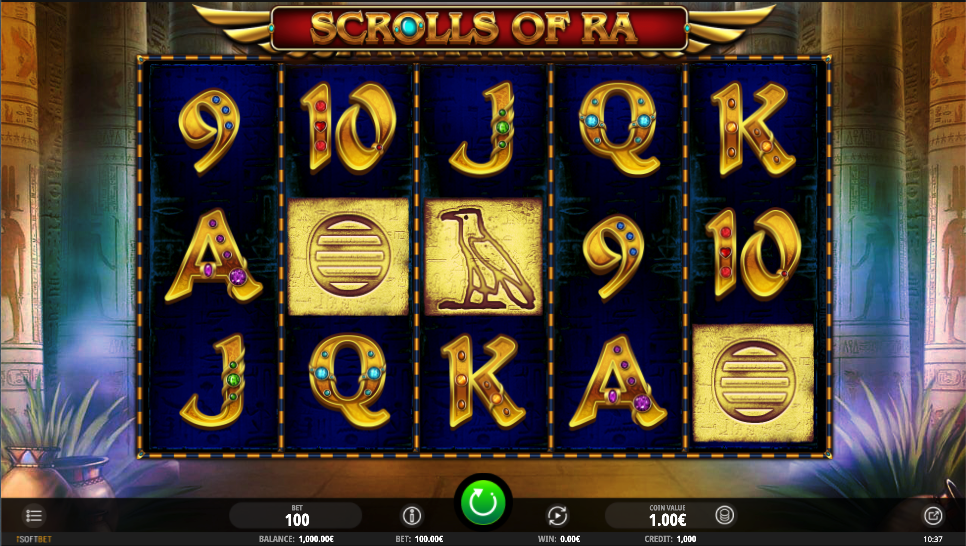 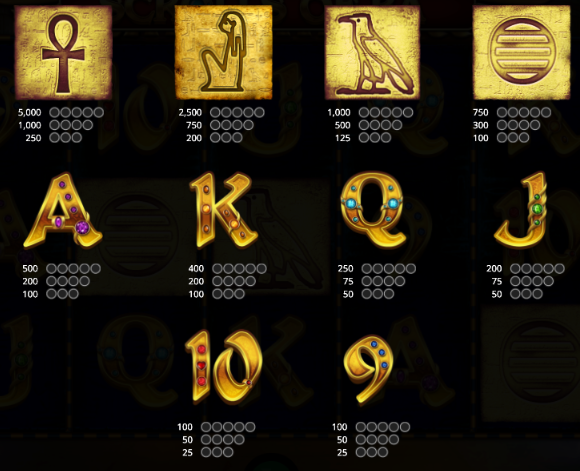 Ancient Egypt is once again our destination as we check out this online slot from iSoftBet – it’s called Scrolls of Ra and its hieroglyphics hide several clever bonus features including instant wins and free spins.

Scrolls of Ra is a five reel slot with three rows and twenty fixed paylines; behind those reels lofty columns stretch away into the distance, inscribed with the stories and legends of the time.

There are four high value symbols including an ankh and representations of various Egyptian gods; 9, 10, J, Q, K and A studded with coloured gems make up the lower values.

The Eye of Ra is wild and will substitute for all others to form winning combos except for the the scroll, Ra and the games’ logo scatter symbols.

This is triggered by landing at least three of the Ra scatter symbols anywhere in view and you’ll now get to play a picking round in which you must select three treasure chests to reveal three prizes.

The wild symbol appears only on reels two, three and four but if it lands on the middle row it will trigger this feature; the wild symbol will now expand to fill whichever reel it’s on and you’ll receive five free spins with that helpful wild locked in place. It’s not possible to win any more free spins from within this round.

Trigger this by landing three of the scroll scatter symbols anywhere on reels one, three and five – this will grant an instant prize proportional to your total stake.

Scrolls of Ra is a well-designed and entertaining addition to the massed ranks of Egyptian-themed slots already out there; it squeezes in three short features which are not too tricky to trigger and some high quality graphics to add to the mix.