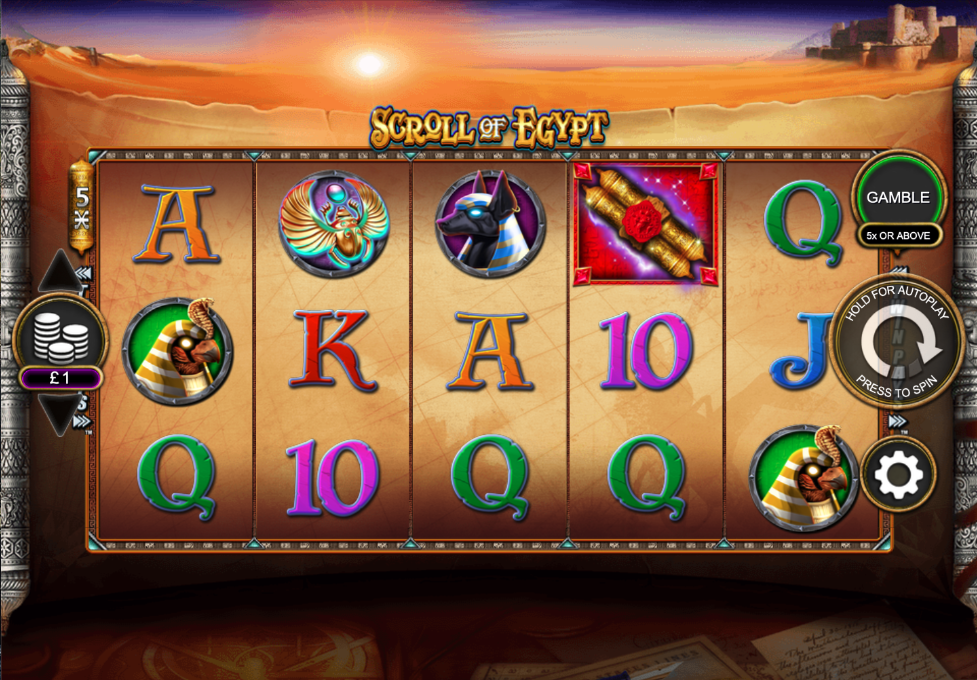 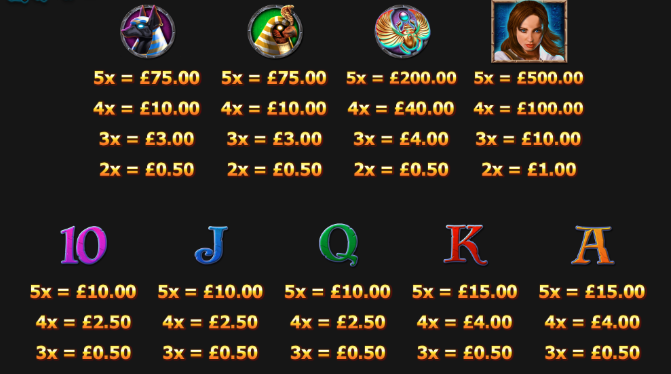 A trip to the sun, the sand and the heat of Ancient Egypt awaits those willing to try out this online slot from Inspired Gaming; it’s called Scroll of Egypt and from £0.10 per spin it’s that scroll which will activate expanding symbols and free spins.

Scroll of Egypt is a five reel slot with three rows and five fixed paylines; the reels spin on the papyrus which floats over research notes and maps while the backdrop sees the sun rising over castles and dunes.

High value symbols include representations of various Egyptian gods along with our intrepid explorer while 10, J, Q, K and A make up the lower values. The golden scroll is both the wild and the scatter symbol and it will replace all others to help create winning combinations.

Landing three, four or five of the golden scroll scatter symbols anywhere in view will award ten free spins plus 2x, 20x or 200x your stake respectively; before the round starts one of the symbol is selected at random to be the expanding one – if there are enough to create a win it will expand when it lands and payout on existing paylines, even if they’re not on adjacent reels.

This can be turned on and off and you’ll get an opportunity to wager your winnings if that win was worth at least 5x the stake; there are two wheels on which to bet – one to win cash and one to win free spins and both can be altered to change the risk/reward ratio.

Scroll of Egypt is a rather run-of-the-mill slot which doesn’t really offer anything new – the free spins and gamble features are fine but don’t hang around here too long.