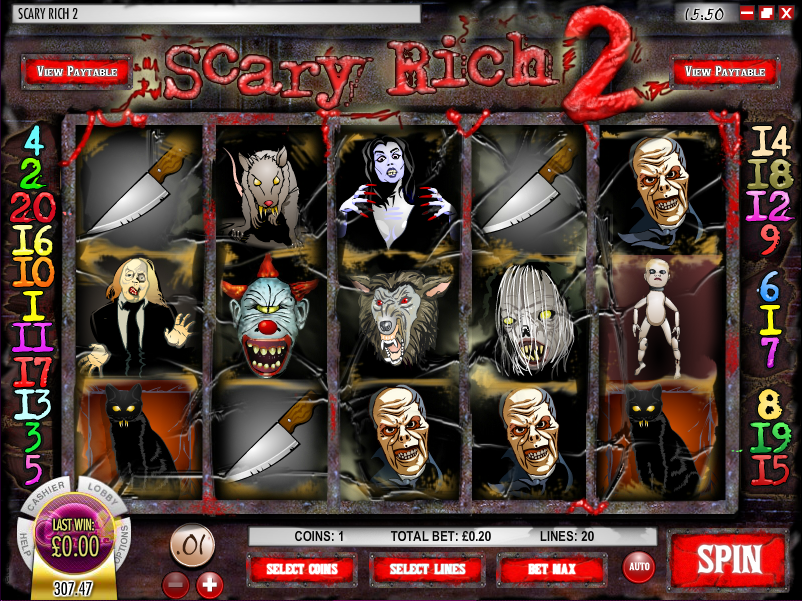 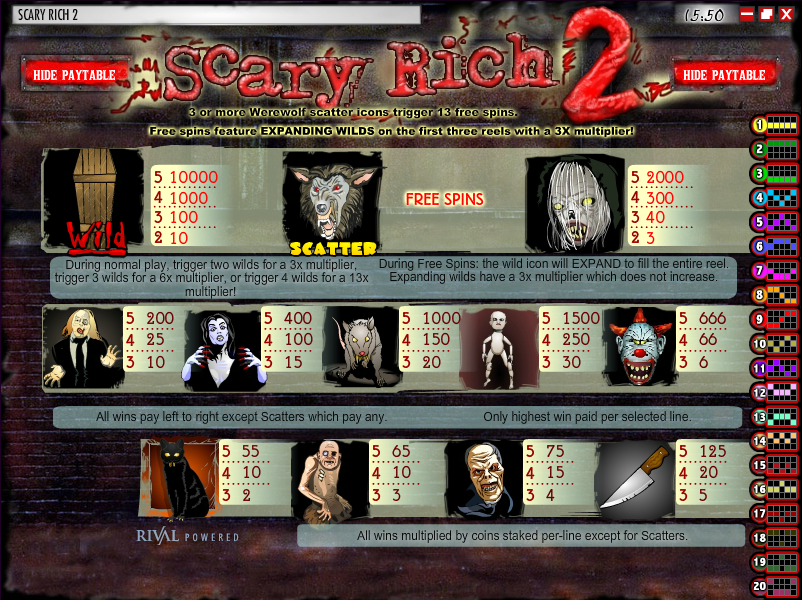 Those who have played Scary Rich should have some idea of what to expect from this sequel from Rival Gaming. Scary Rich 2 features a ghoulish array of faintly amusing creepy characters who each embark on their own little animation whenever they form a winning combination. Read on to find out if this sequel improves on the original or if it’s just more of the same.

Scary Rich 2 follows the format of the prequel with five reels, three rows and up to twenty paylines. There’s a nice creepy design to the game and an appropriately spooky soundtrack which certainly adds to the atmosphere.

All the well-known monsters were used up in the first game so here we have other related symbols such as a carving knife, a generic vampire, a scary clown face, a black cat, a rat and a creepy doll. The most valuable base game symbol is a sharp-toothed, yellow-eyed individual who’s worth 2000x your line stake for five on a payline.

The coffin is wild and the scatter symbol which activates the feature is represented by a werewolf.

The wilds can come in handy during the base game and if you can land two three or four which contribute to a winning combination then that win will be subject to a 3x, 6x and 13x multiplier respectively.

Landing three of those werewolf scatter symbols anywhere on the reels will trigger the free spins round and you will receive a spooky thirteen for your troubles.

Any wilds which land on the reels during this round will expand to fill the entire reel of it can make a win, providing more chances to create winning combos. You can win more spins by landing three more werewolves during this feature. Check the free spins out in the video above but we struggled to make any money on that occasion.

Well this doesn’t really add much to the original in terms of graphics or gameplay but it’s much better in terms of the RTP. Scary Rich was is a paltry 92.52% while this one is a comparatively generous 96.27%.