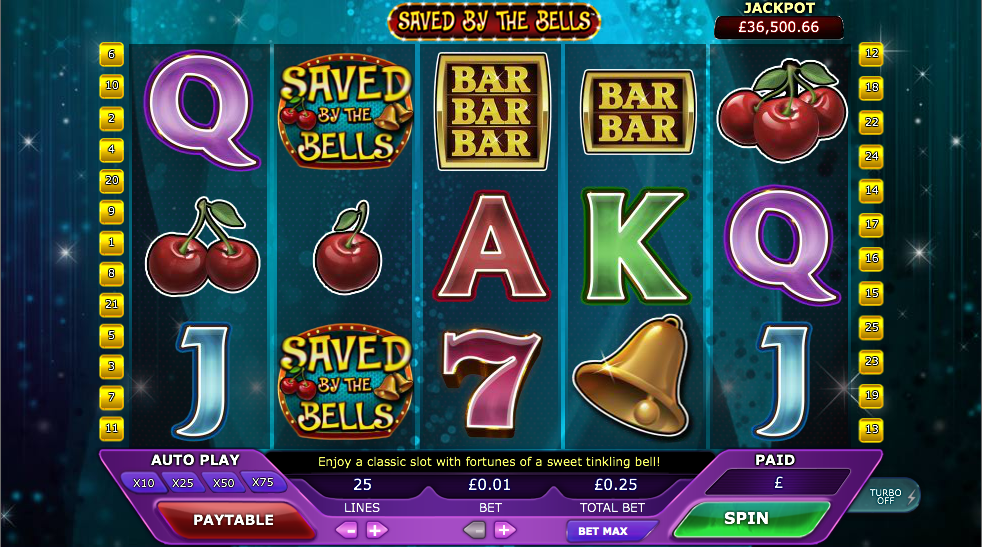 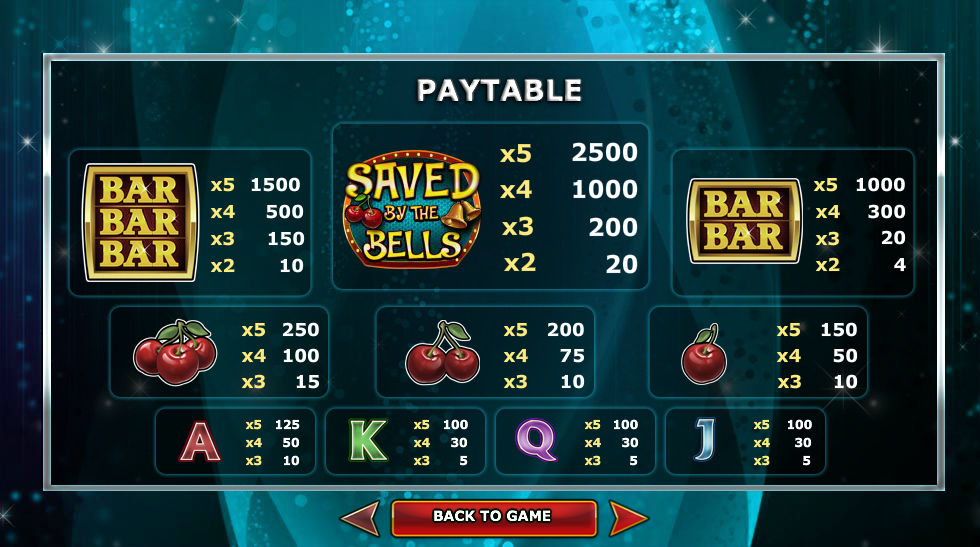 A quick glance at the title of this online slot from Random Logic may lead you to believe that it’s based on the cult US sitcom ‘Saved By The Bell’ which ran from 1989 until 1993; however that is not the case and the bells in question refer to the more traditional symbols one sees on slot machines. Don’t be put off by this classic theme though – Saved By The bells looks classy and comes complete with plenty of free spins.

Saved By The Bells is a five reel slot with three rows and up to twenty five paylines; a starry blue collage forms the backdrop to the reels which are fairly basic but graphically impressive.

The symbols are mostly of a traditional nature and include double/triple bars, single/double/triple cherries and J, Q, K and A. The Saved By The Bell logo is the most valuable and worth 2500x your line stake for five on an active payline.

The bell is the wild which substitutes for everything except the scatter; it also multiplies by 2x any wins to which it contributes. The big red ‘7’ is the scatter symbol which activates the main feature.

The red seven scatter symbols are the key here and landing three or more anywhere in view will award the following:

A minimum of 15 spins is a decent amount compared to most other games and you will also receive a scatter award for the sevens to begin with. If that’s not enough you can re-trigger the spins by landing three+ more scatters during this round.

Saved By The Bells is a sophisticated slot dressed up in a traditional design and it’s good fun to play; it all looks classy and there are a generous number of free spins on offer.