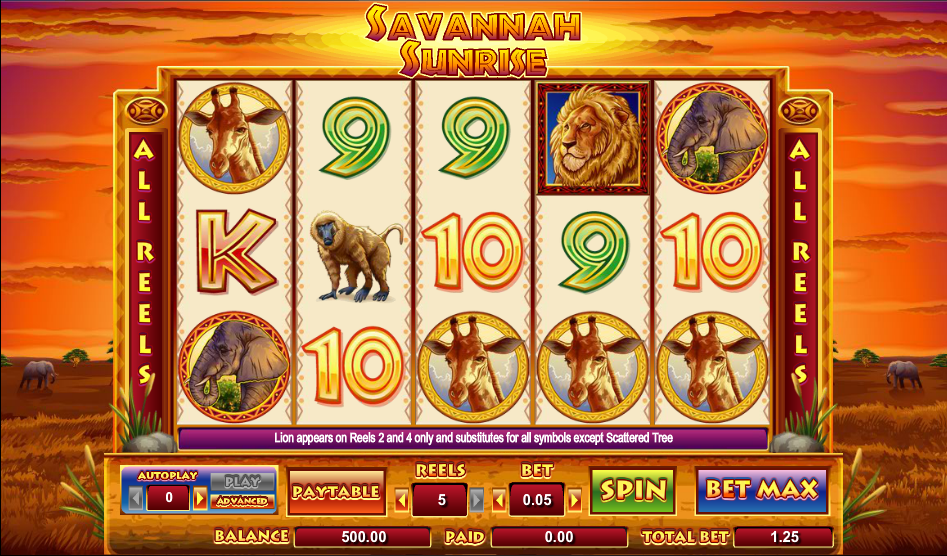 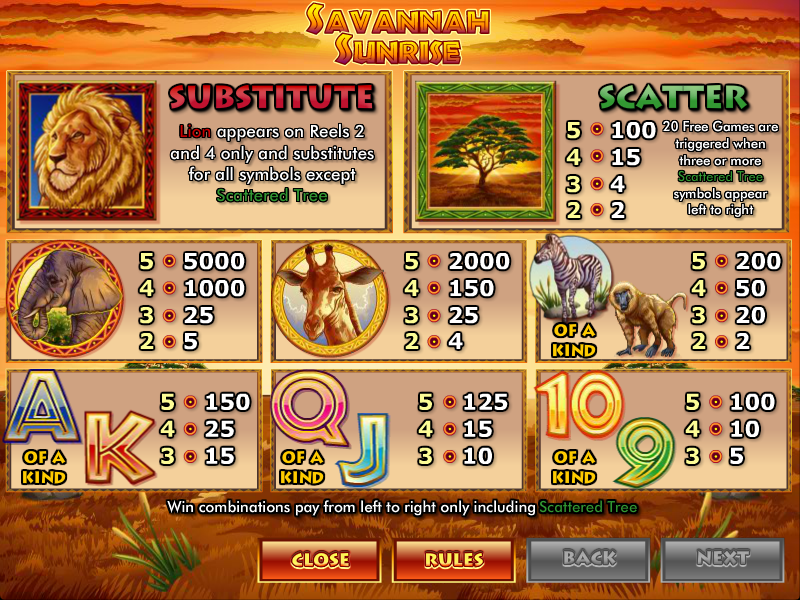 Join us now as we embark on a safari to the African plains to witness some of the great animals of that continent; this online slot is called Savannah Sunrise, it’s developed by NextGen Gaming and it joins quite a crowded genre of safari and animal-themed games. Read the review below for all the essential details.

Savannah Sunrise is a five reel slot with three rows and a novel way of selecting the number of paylines; essentially this is an ‘all pays’ reel set in which combos can be made just be having matching symbols in adjacent rows but this can be adjusted by choosing the number of reels in play as follows:

The background to those reels is a glowing sun setting over the grassy savannah upon which various animals roam.

Four animals – an elephant, a giraffe, a zebra and a monkey – represent the high value symbols while the lower values are the usual 9, 19, J, Q, K and A.

The lion is appropriately wild, appears only on reels two and four and will substitute for all others except the scatter – that’s represented by what we think is a Boab tree which activates the main feature.

This is triggered by landing three of more of the Boab tree scatter symbols anywhere in view and you will earn 20 free spins for your efforts.

The wild lion comes in handy here as follows:

The good news is that more spins can be re-triggered by landing three more scatter symbols.

Savannah Sunrise is a perhaps a little dated but it’s a nice addition to this genre with an inventive way to select your paylines and an enhanced bonus feature. The RTP is 95.42%.