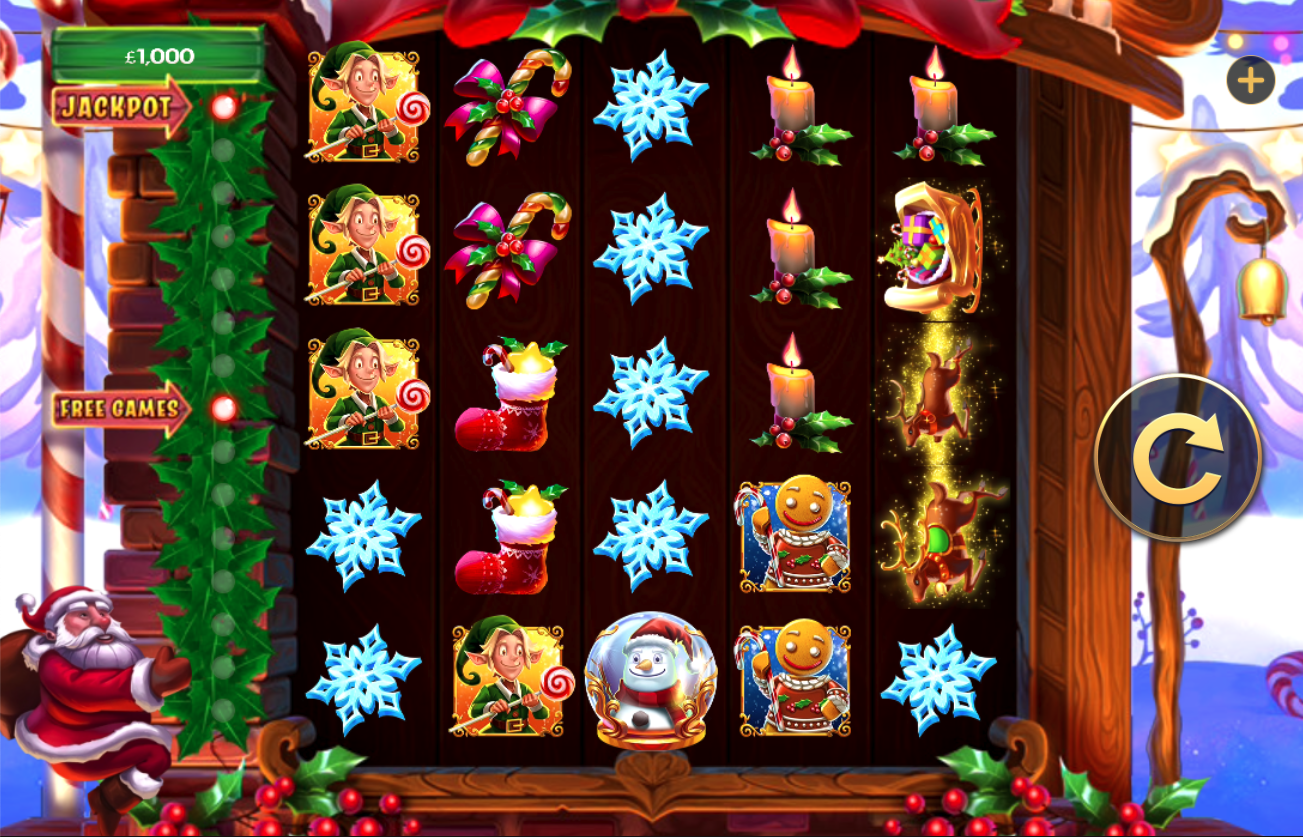 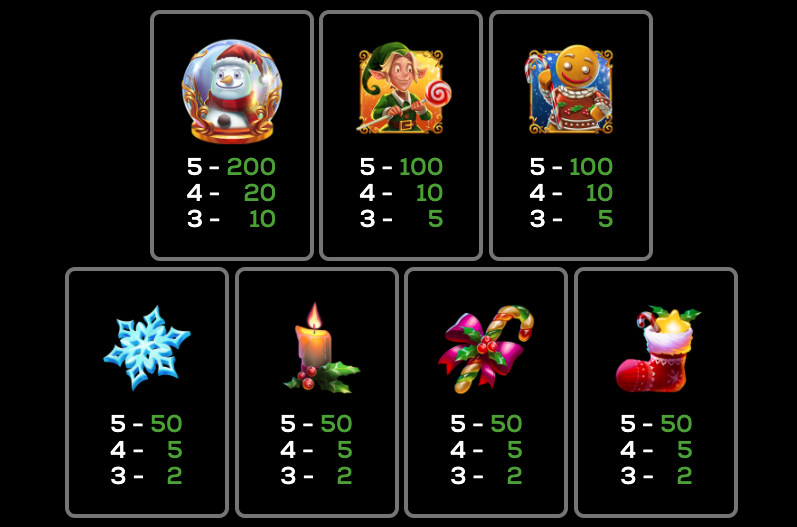 If you’ve always wanted to see behind the scenes of Santa’s North Pole operation then why not cast an eye over this Christmas-themed online slot from High 5 Games which comes with the title of Santa’s World Wild Train and tempts players with festive goodies such as the Wild Train feature and free spins.

Santa’s World Wild Train has five reels and twenty five paylines and those reels spin within a wooden structure adorned with holly and candles; on the left hand side Santa scales the chimney as part of the free spins feature.

All the symbols are related to the theme and include snow globes, elves, gingerbread men, snowflakes, candles, candy canes and stockings; the gift is wild and the reindeer and sleighs are the special symbols.

This seems to happen pretty regularly and it’s triggered by landing the two reindeer and the sleigh together on reel five along with a wild gift anywhere else; the reindeer and the sleigh will now keep together and move across the reels to collect and snow globes and wild gifts. Each gift collected adds a reindeer to the group and each snow globe adds between three and seven clear globes in random positions for the next spin.

The next spin is a respin with the reindeers and the sleigh locked in place and acting as wilds. Respins can continue as long as more snow globes or wilds land and are collected.

Free spins can only be triggered from within the Wild Train feature by collecting at least five wild gifts; three spins will be awarded with the reindeers and sleigh staying on the reels, acting as wilds and continuing to collect gifts and globes. The difference between this and the Wild Train feature is that each wild or globe collected will award an extra free spin.

If you can continue to collect wild gifts and manage to nab twelve then the big jackpot of 2000x the stake is awarded.