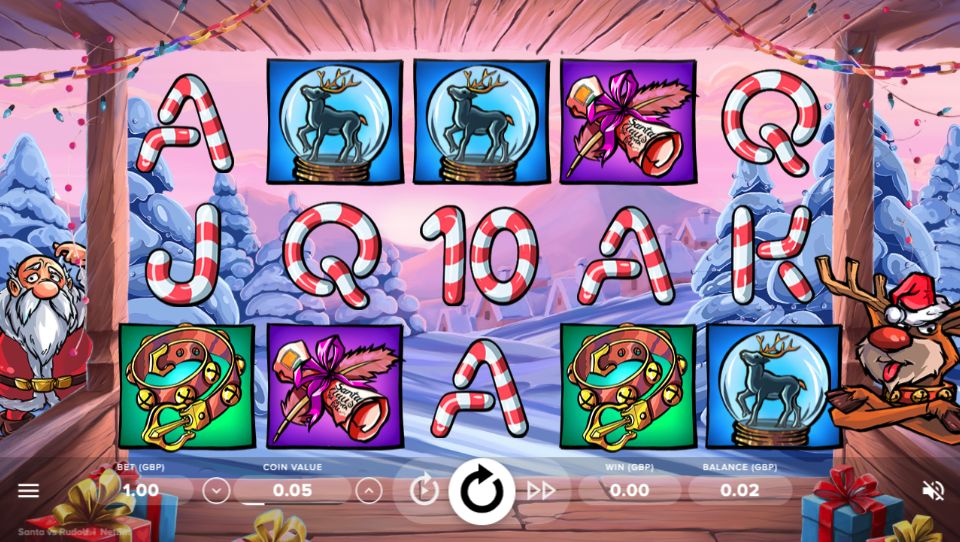 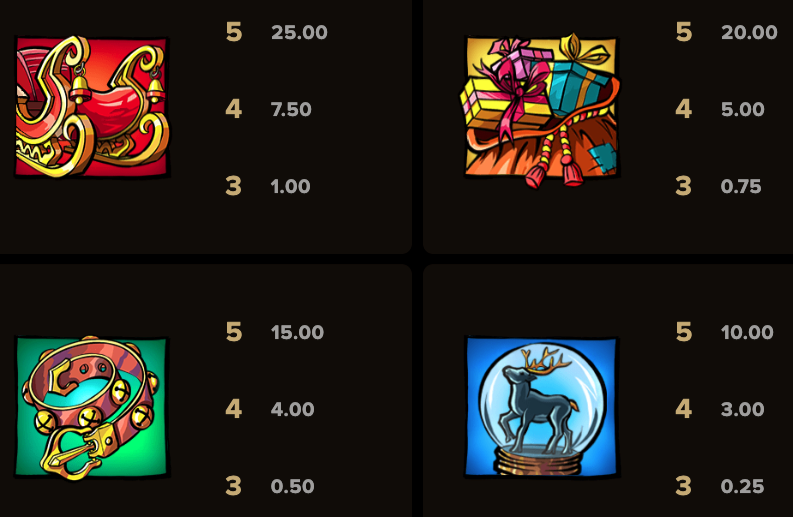 With Christmas just around that very long corner (depending on when you’re reading this) it’s time to see what Net Entertainment are offering in the way of seasonal fare so here we have this online slot themed on some very familiar characters; it’s called Santa vs Rudolf and it tells the story of Santa’s quest to retrieve his hat from his cheeky companion.

Santa vs Rudolf is a five reel slot with three rows and twenty fixed paylines; there’s a cartoonish aspect to the animations and graphics and the reel-spinning action takes place on the porch of a house overlooking a snow-covered landscape.

High value symbols in this game include Santa’s sleigh, some presents on the tree, a pet collar, a reindeer snowglobe and a Christmas list; 10, J, Q, K and A make up the lower values.

Rudolf and Santa are both wild in the base game, substituting for all others to help form winning combos and contributing to the feature as described below.

When Rudolf lands on reel one he will trigger free respins while moving one position to the right until he drops off the other side; Santa triggers the same feature when appearing on reel five and he’ll move to the left.

Each time one of them falls off the side of the reels they’ll fill up their respective meter above the reels and if one gets filled before the spins end it will award the following:

Santa vs Rudolf is something of a seasonal triumph from Net Entertainment with it’s cute graphics, oddly domestic narrative and wild features which are the driving force of this slot – if you only play one Christmas-themed game this year then make it this one.